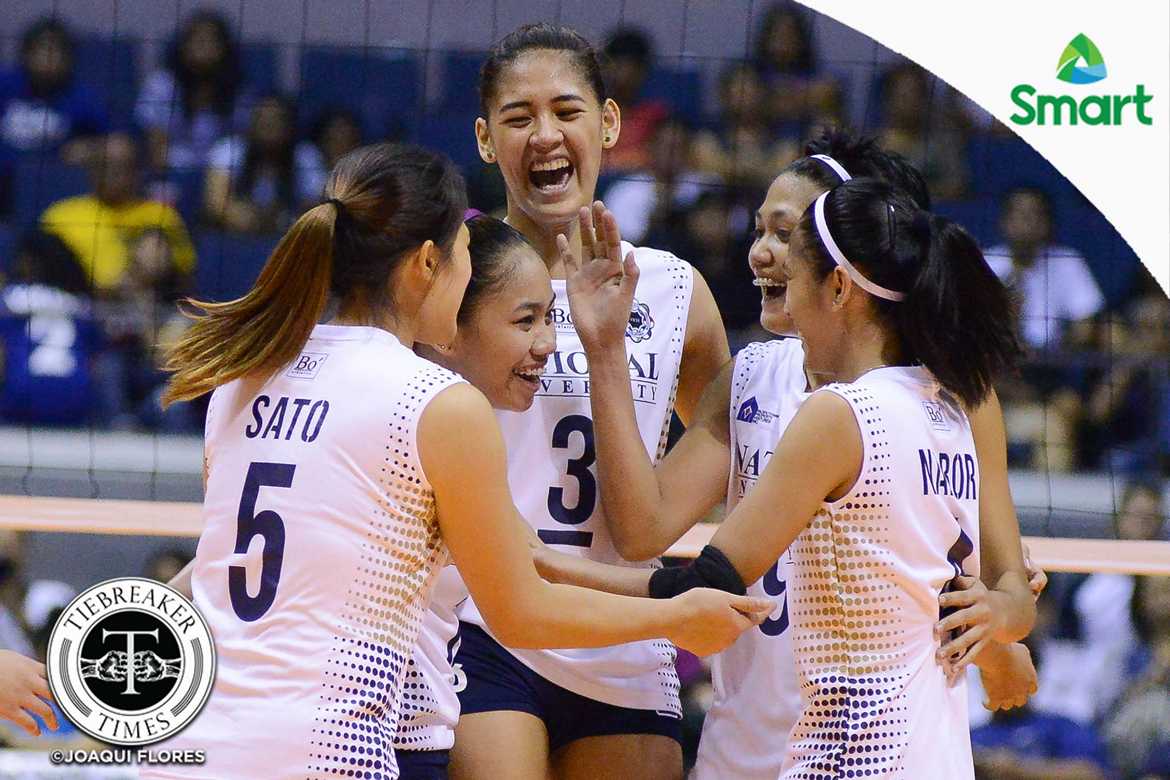 It was not the debut the National University Bulldogs had in mind, but they settled for the win for now.

One of the most successful squads during the off-season, the Lady Bulldogs stumbled but eventually overwhelmed the University of the East Lady Warriors late, 18-25, 25-20, 25-23, 25-13 to open UAAP Season 79 at the Smart Araneta Coliseum.

National U fell to a disastrous start to the match, surrendering 19 errors in the first set, more than the 18 they scored. Just when they looked to be in control, leading he following frame 20-13, the Lady Warriors rattled off a late 4-0 run that shook the Lady Warriors. But NU managed to stave off UE in time to take their first set win.

The second set turned into a heated exchange that dragged to a 23-all tie. But the Lady Warriors surrendered two late errors that kept that sent NU to a 2-1 sets lead. UE ran out of gas in the fourth set.

The Lady Bulldogs will need to solve their woes quickly as they take on the Ateneo Lady Eagles on Wednesday at the FilOil Flying V Centre.

“Sana sa susunod na laro, medyo maka-adjust na yung mga bata. Pero siyempre, still we cannot play like this if we want to go to the finals. Yun ang pangarap namin, yun ang goap namin, hindi kami makakarating ng ganyan. Everything in the UAAP is not an easy task, and we have to work hard on it,” claimed Gorayeb.

The Lady Warriors seek to rebound against the UST Tigresses on February 15 at the FilOil Flying V Centre.