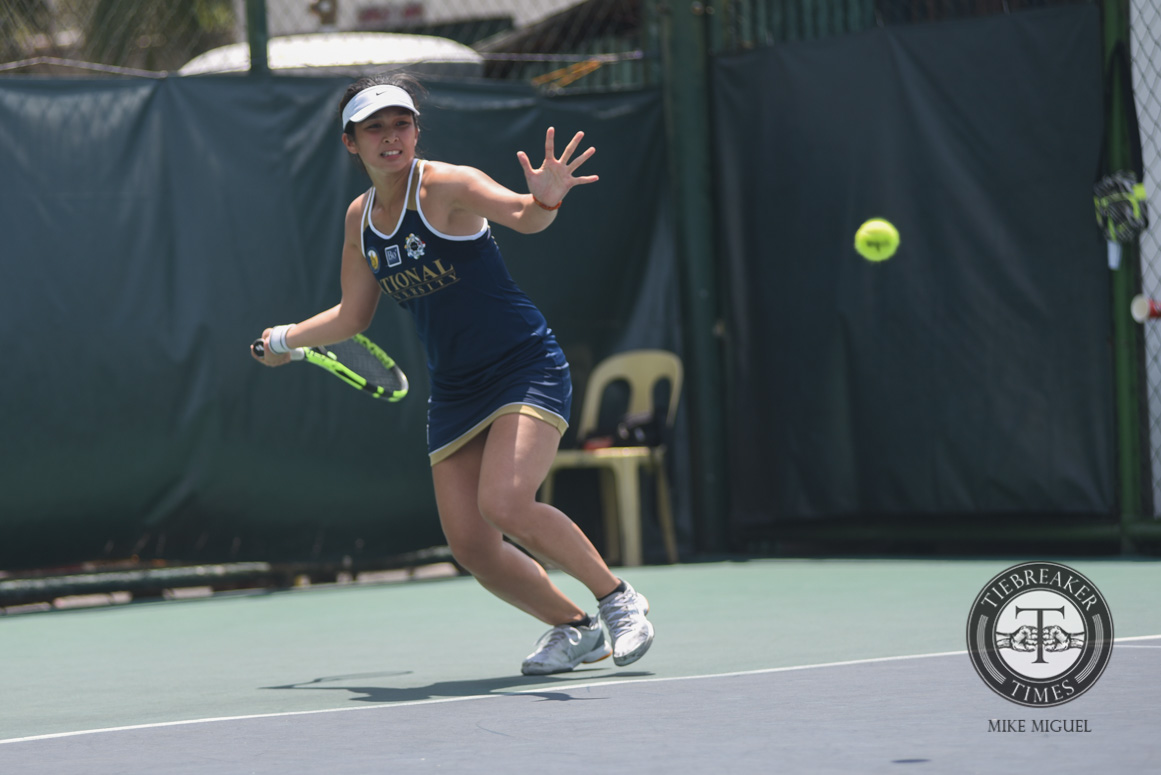 The National University Lady Bulldogs stamped their class over season third-placers University of the Philippines, 4-1, and finished off the elimination round on a sweep, Sunday at the Rizal Memorial Tennis Center.

With the win, the Bustillos-based ladies secure a twice-to-beat advantage in the Finals over the University of Santo Tomas Female Tennisters.

Season 77 Most Valuable Player Clarice Patrimonio spoiled the decent debut of rookie Alison Gacutan in a sweep of the first singles match at 6-1, 6-1. Reigning queen of UAAP tennis Tin Patrimonio then fended off CJ Valdez in a battle of graduating seniors, 6-2, 6-1.

Jzash Canja continued to show her versatilty, taking another doubles win, with Junnalyn Polito, blanking Dana Uy and Monivic Santos in two sets. This clinched the Finals bonus for National U.

With nothing to lose, the Lady Maroons tried to validate their podium finish with an attempt to make it a close tie. Graduating seniors Monika Bañez and Nicole Eugenio were at the forefront of the fight.

Bañez and partner Monica Cortez took advantage of the errors of Goldie Nagret and Ana Bienes to take the first set, 6-3. On the nearby court, Eugenio dominated rookie Annie Tumanda in their own opening set, 6-0.

Eugenio eventually closed out her match and her UAAP career with a win, taking down the NU rookie with a 6-2 second-set win.

It was not the same fortune for Bañez, however, as Nagret and Bienes swept the next two sets, 6-3, 6-0, to wrap up the day for the Lady Bulldogs.

Nonetheless, the Lady Maroons finished at 3-5 and sealed their second bronze finish in five years.

The second tie, if necessary, is scheduled on Saturday, March 25, at 8am.