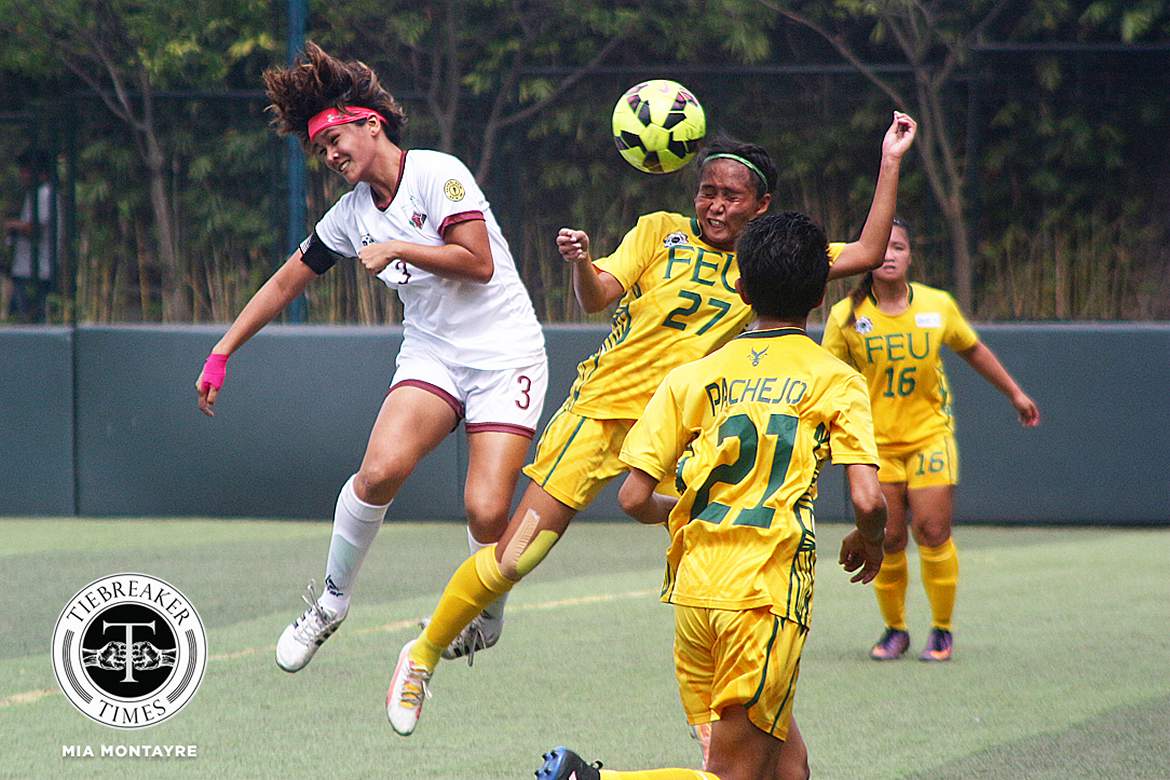 Two years ago, the Far Eastern University Lady Tamaraws and University of the Philippines Lady Maroons contested the UAAP Women’s Football Championship. This year, however, the two schools’ disappointing seasons came to a head with a 1-1 draw today in the FEU-Diliman campus in Quezon City.

Goals from BG Sta, Clara (45′) and Jovelle Sudaria (71′) weren’t enough, and it has been a case of a glass-half-full for both teams this Season 79.

FEU started the game brightly. The UP backline was threatened all throughout the half, and the Morayta school should have drawn first blood. Sudaria posed danger every time she received the ball at the Lady Maroons half.

Sudaria forced a good save from State U goalie Nicole Adlawan, as the Lady Maroons were held back by her pressing. The Lady Tamaraws should have gotten the lead when Aloha Bejic received the ball in the State U box, only for her to shoot over.

UP then struck just before the break. The Lady Maroons were awarded free kicks deep in the Lady Tamaraws’ half from which they had attempts go wide. At the stroke of halftime, Sta. Clara intercepted the ball in the FEU box and shot it towards the bottom-right corner.

Upon the game’s resumption, the contest had to be stopped for a few minutes, as Sta. Clara fell on the pitch after suffering what appeared to be a head injury. Medics responded as quickly as they could and the said player was reportedly conscious before she was rushed to the hospital.

Once play continued, FEU sought for the goal that could save their season. The Lady Tamaraws found one in the 71st minute when Sudaria’s powerful free kick proved to strong for the Lady Maroons goalie.

The game then ended in a 1-1 draw despite both teams having chances to win it at the death. With the result, FEU are now eliminated from Finals contention, while State U’s lifeline is reliant on other results.

“In terms of getting into the finals, no chance but definitely there’s still so much to play for. That has been our philosophy from the very beginning,” Gonzales said. “Results are just secondary, winning the trophy is just secondary. What matters is that we continue to improve, perform and we make our supporters proud with the way we play win or lose.”

Up next for UP (5 points) are the De La Salle University at 1:30 PM, while FEU (5 points) shall face the University of Santo Tomas at 3:30 PM. Both games will be held on April 19 at the FEU-Diliman field.