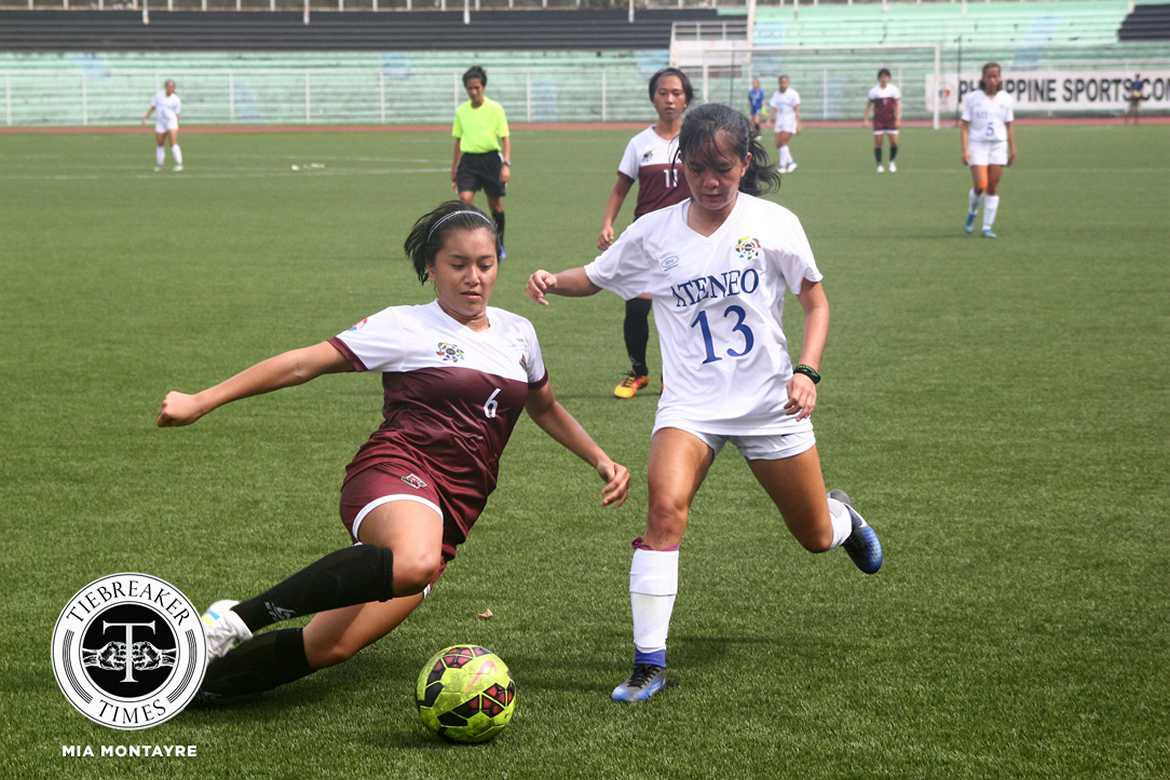 Antonette Amoncio (5′) scored the game’s only goal as the Lady Eagles played tough on both ends of the pitch to grind out a precious win today at the Rizal Memorial Stadium in Manila.

Ateneo enjoyed a dream start to the game when Amoncio scored from a freekick at the 5th minute to draw first blood against UP. The Lady Maroons were stunned and it showed as they lacked fluency in attack were shaky defensively throughout the period.

The Lady Eagles pushed led by their captain Rodriguez who led from the front. Rodriguez pressed the UP defense, created for her teammates and tested UP goalie Nicole Adlawan to great effect. The veteran initiated a scramble in the UP box which was cleared by the Lady Maroons defense.

Perhaps what summed UP in the first half was it wastefulness in goal deep into stoppage time. Sofia Dungca failed to convert a cross which went her way while Yanzie Yalong squanders a sure goal as she headed the ball painfully wide via a free kick.

Merida was the happier coach at halftime and for good reason as his wards gave him and themselves the start they needed. In contrast, Anto Gonzales was a frustrated man as the Lady Maroons had much to ponder about at the break.

Once the game resumed, it was UP which played with renewed aggression in search for the leveler. Lady Maroons skipper Christina Delos Reyes, starved of service in the first half, took things upon herself as she forced Ateneo goalie Marie Caparros to make two routine stops.

Desperation crept into the Lady Maroons, but the Lady Eagles held firm throughout clutch time. UP’s Malmis had a free kick deep into stoppage time, only for her attempt to go over.

The fulltime whistle blew and relief swept across the Lady Eagles’ faces. Ateneo enjoyed a valuable 1-0 win in what will surely be the first of many this season.