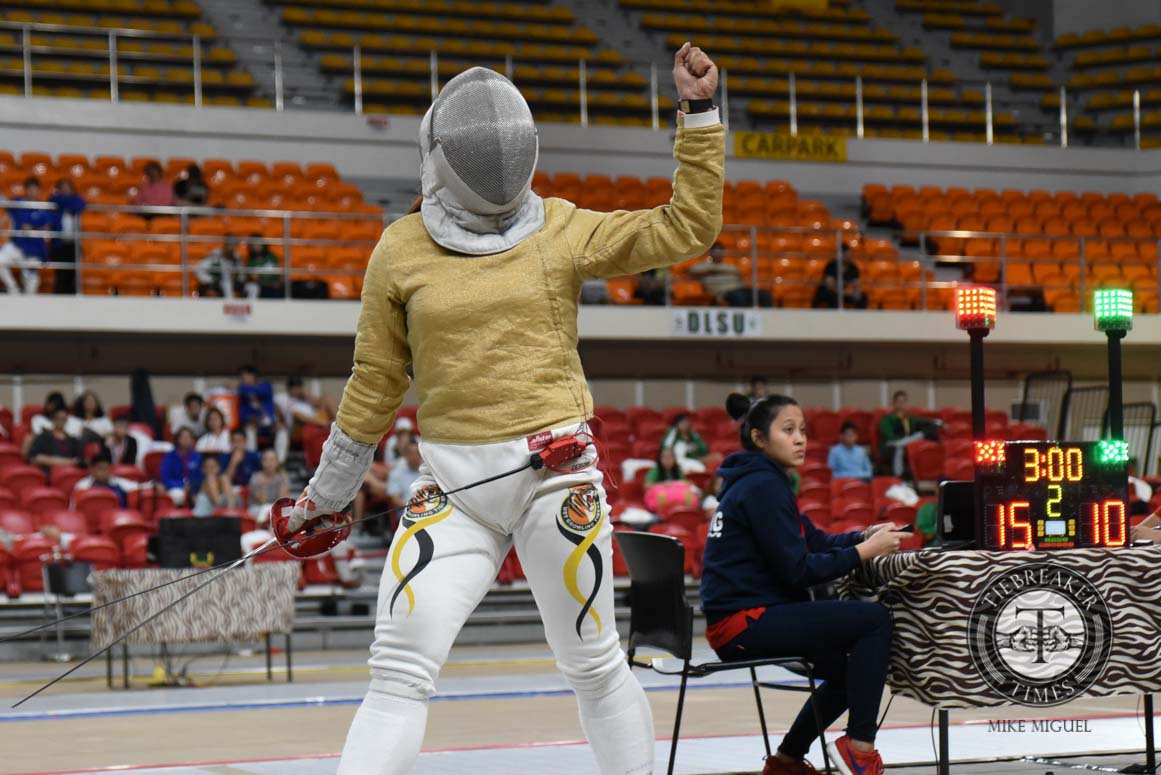 After the individual events in UAAP Season 79 Women’s Fencing tournament, reigning nine-time champions University of the East were not alone with gold medal glory, as both former titlist Ateneo de Manila University and University of Santo Tomas secured a mint each, Thursday at the UST Quadricentennial Pavilion Arena.

Venue host UST got their first medal of the championships — a gold, no less — as Maylene Pailma successfully retained her sabre title over Nicole Cortey of UE, Thursday. University of the Philippines Lady Maroon River Gaddi and Lady Warrior Alyssa Celso nagged the bronzes in the event.

Ignacio then topped teammate Patricia Sarmiento in the individual epee to move to a surprise second after Day 2. Romero and Liezl Lopez of UE finished with the bronzes.

The senior Lady Eagle, however, was not entirely surprised of the situation.

Given their current situation, the Ateneo squad is looking at their chances of a podium finish one match at a time.

“Generally as a team, we try to pick ourselves from last year and see where it takes us. We’re determined that what happened last year won’t happen again this time.,” Ignacio added.