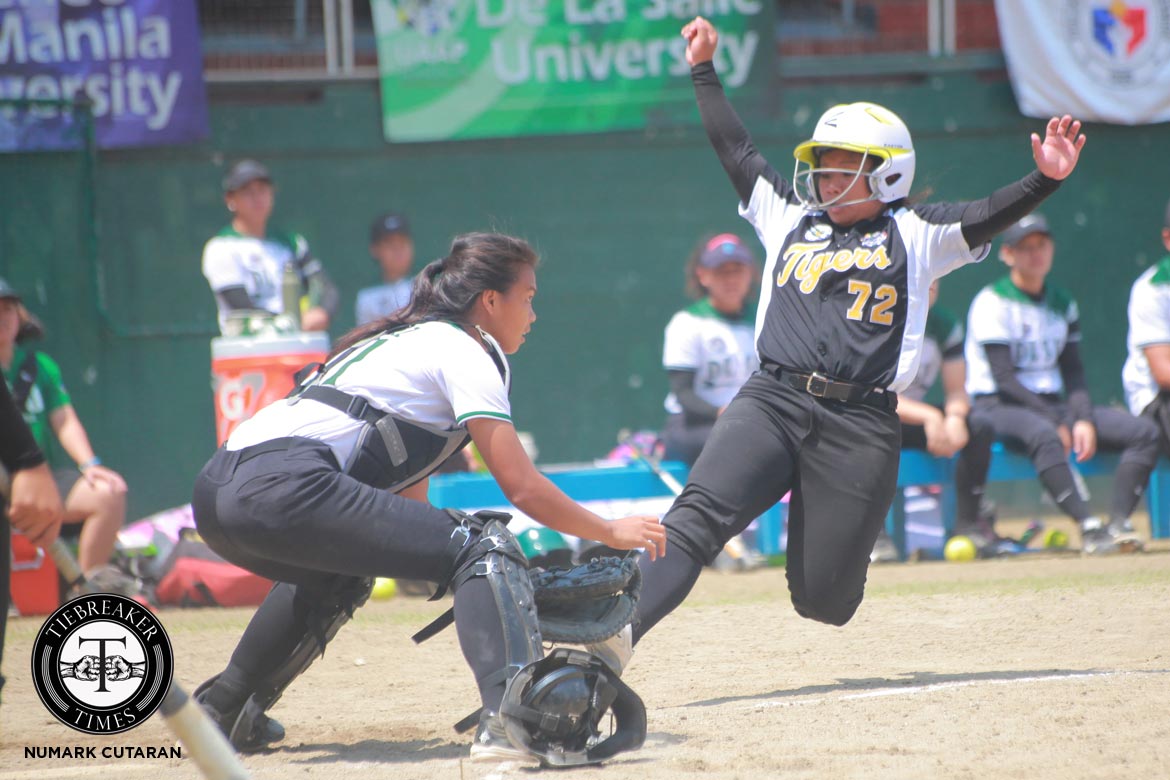 The De La Salle University Lady Batters needed to pick up just one win in their last two games to clinch a Final Four berth. After being lambasted by the defending champions Adamson Lady Falcons in their first try, it was the case of being at the wrong place and at the wrong time in their next attempt.

The University of Santo Tomas Tiger Softbelles, one of the teams that is pegged to win it all this season, made batting practice out of the tournament hosts, blasting their season-high 12 hits to take a 9-0 mercy rule win in the fifth inning, Monday morning at the Rizal Memorial Baseball Stadium in the city of Manila.

The third-seeded Tiger Softbelles will face the NU Lady Bulldogs, a team that defeated them twice in extra innings, on Saturday, March 11 with the lady batters from Jhocson Street holding a twice-to-beat edge. La Salle, on the other hand, will have to gut it out against the UP Lady Maroons in a do-or-die tilt on Thursday, March 9 at 9:00am.

Leading UST’s demolition crew was RP Blu Girls catcher Celestine Palma. After struggling for the entire season, the 19-year-old went an outstanding 3-of-3 at bat, knocking off a 2-run home run right in the very first inning. She finished the game with three runs and three RBIs.

“Sana maka-chamba ulit yung catcher namin,” Barredo quipped as he hopes Palma finds the touch once more in the semifinals.

With UST connecting and Ann Antolihao bringing her A-game, the Lady Batters did not stand a chance all throughout as UST also had just three runners stranded all throughout. The Tiger Softbelles added three runs in the second and third innings while punching in three more during the fourth inning.

The league’s ace pitcher Antolihao was on fire as well, allowing just two hits while striking out six batters.

Hannah dela Torre went a perfect 2-for-2 at bat as well resulting to two runs and an RBI. Shiela Mae Perales went 2-for-3, adding a run and two RBIs.

But even after setting their season best, Barredo is still looking for former UAAP Best Slugger CJ Roa and designated hitter Bianca Hernandez to break out of their slump.

Based on this game though, the UST lifer thinks that he might just have found the perfect formula against NU.