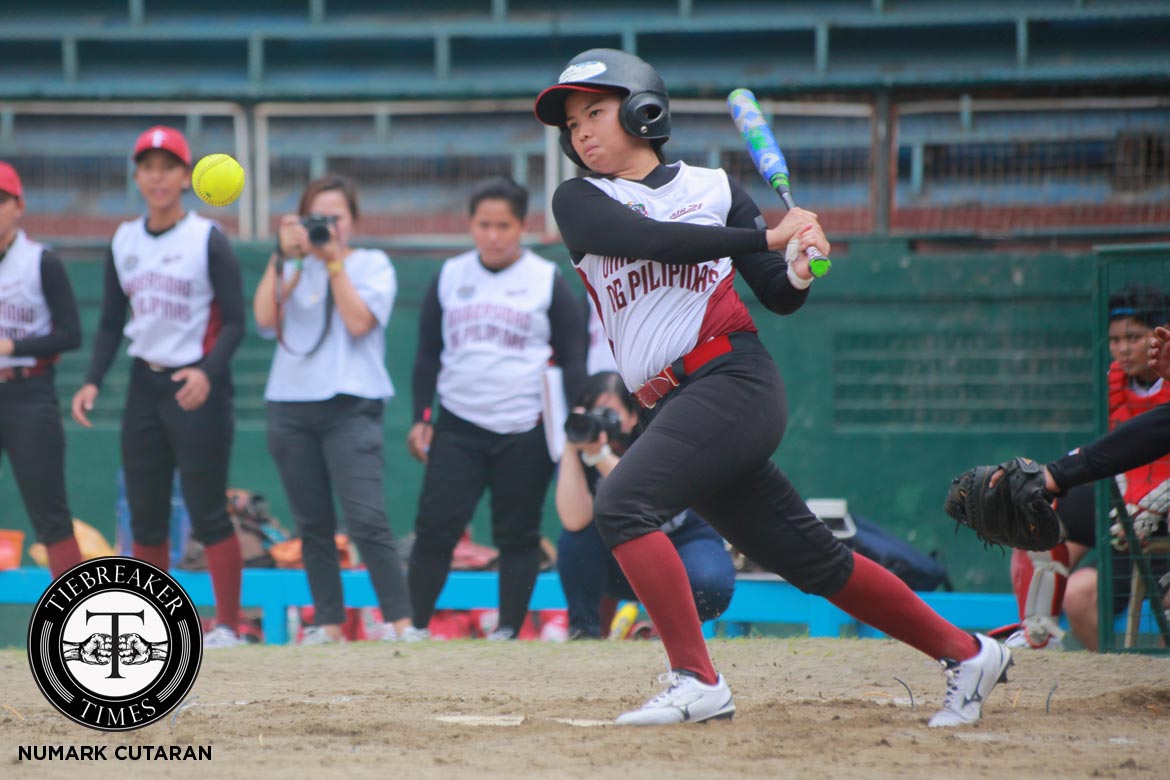 As they say, defense is the best offense

Deprived of their hitting game in this match, the University of the Philippines Lady Maroons pulled off impressive defensive plays to subdue the Ateneo de Manila University Lady Eagles, 6-5, Monday afternoon at the Rizal Memorial Baseball Stadium.

The Loyola-based lady batters plucked off nine hits scattered throughout the match, but it was not enough to propel them to a victory over their next-door neighbors.

Second basewoman MJ Abanes put the Lady Maroons first in the scoreboard with a solo homer, only for Ateneo to level with an Ira Nevalga run off a sacrifice fly to round up the first inning.

The Ateneans were dangerous throughout the match as they peppered the UP pitching crew with hits, forcing Maroons head coach Alex Causapin to empty his bullpen.

With the opponents threatening, the UAAP Season 77 runners-up were left with no choice but to protect the plate.

That composure was evident in the fourth inning, as the Lady Maroons denied Ateneo clear chances to overtake the maroon-shirts.

With the bases loaded, Cabriana dismissed Yla Trinidad and Angel Africa at home to keep UP’s slim 3-1 lead. Ateneo, nonetheless, still took advantage of the situation to cut the deficit to one with a Bea Parma run.

After the Maroons restored the two-run cushion at their side of the fifth, Ateneo once more tied the game, as Anna Lacson and Kat Villa-real stepped home.

Buoyed by their defensive stance, the Diliman side finally took consecutive hits. Second-year Juliet Omul registered her fourth hit of the game to send her captain Gelai Penales home, before Cabriana brought co-skipper Chanty Bongat at the plate. Those runs gave UP some breathing room.

Ateneo tried to come back like they had in their previous meeting against the University of Santo Tomas. Gabby Macatulad gambled on scoring for the Lady Eagles after a Jill San Juan run, but Cabriana made another stop at the plate to send UP to their second straight win.

Omul went perfect at bat 4-of-4 and getting a run and an RBI. The Maroons, on the flip side, dismissed 21 Ateneo runners on an impressive show of defense with Jhoi Palacol winning her first game. Rookie Kevyn Lacson (0-1) pitched the entire game.

The league-leading Lady Maroons (2-0) will take on the UST Tiger Softbelles on Thursday, February 9. On the other hand, the Lady Eagles (0-2) will face rivals De La Salle University Lady Archers (0-1) later that day.