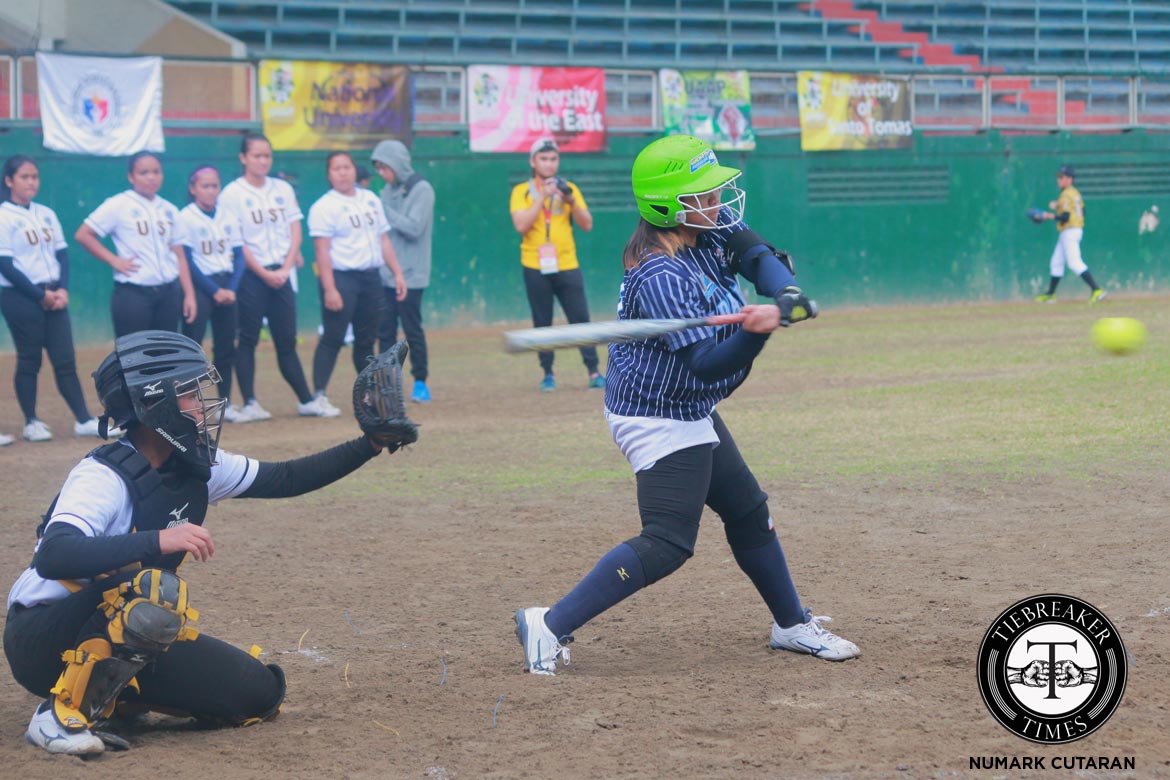 After almost a year of wait, the two protagonists from last season’s Finals finally squared off once again. And just like what Adamson mentor Ana Santiago and UST head coach Sandy Barredo warned: it was a sure-fire classic.

However, there had to be a victor in round one of the latest rivalry to storm the UAAP. After the dust had cleared, it was the defending UAAP champions Adamson University Lady Falcons who outlasted the University of Santo Tomas Tiger Softbelles in eight innings, 4-0, Monday afternoon at the historic Rizal Memorial Baseball Stadium in the city of Manila.

Second-year Lady Falcon Arlyn Bautista (1-0), 20, and Tiger Softbelles ace Ann Antolihao (3-1) gave the audience a clinic during the first four innings of the game, not allowing any batter to reach home.

The defending champions though had a huge fifth inning that saw the inning’s first two batters reach base with no outs.

However, a fly out of lead batter Lorna Adorable for first out, and, later on with the bases loaded, an Antolihao strikeout of slugger Angelie Ursabia and a fly out to first base of Florable Pabiana foiled Adamson’s plans.

And as the sixth inning began, rain started to pour on the holy grounds of Rizal Memorial — further adding to the struggles of the student-athletes on the field.

With the game on the line at the bottom of the seventh inning, the Tiger Softbelles loaded up the bases with just one out — the final runner, team captain Racel Secor reaching base due to being intentionally walked. It was a risk though that paid off for the Lady Falcons as Lea Guevarra’s hit directly went into Bautista’s mit while third base runner Jessie Belano was caught napping for the clutch double play to extend the game into an extra inning.

In the extra inning, it was the heart of a champion that willed the Lady Falcons. With the bases loaded and no outs, Pabiana delivered with a long 2 RBI double to right field for the go-ahead run. Back-to-back sacrifice flies by Lamata and Dely Rose Covarrubas extended Adamson’s lead.

#ReadMore  Rene Catalan wiped out in 37 seconds at ONE: Big Bang

Then at the bottom end of the inning, Bautista, who had never pitched a whole game in her life, secured her 10th strikeout of the game to open the frame while National Team players Celestine Palma and Mallows Garde were grounded out and flown out respectively to seal the win.

Adamson plays their penultimate game of the first round on Thursday, February 16 when they take on the UP Lady Maroons at 9:30 am. UST, on the hands, tries to break the logjam at second place when they face the NU Lady Bulldogs at 11:30am.