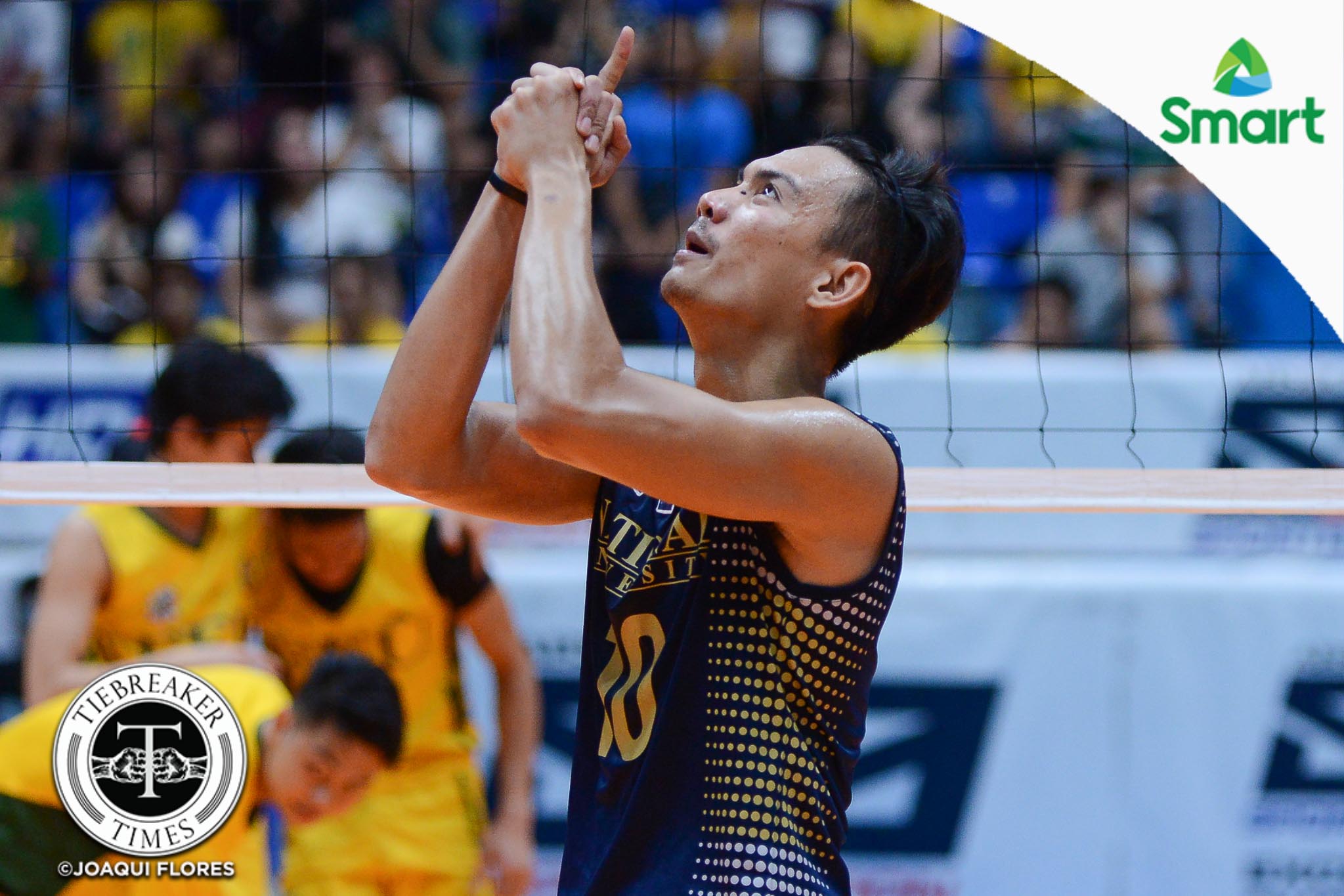 The National University Bulldogs took all the blows, trash talk, and combination plays that the Far Eastern University Tamaraws had, and survived by the skin of their teeth.

Both squads traded momentum and set wins in the first two frames. The Tamaraws survived a tight first set and came away with the early lead thanks to clutch conversions from veterans Greg Dolor and Richard Solis. The second set belonged to NU once Madz Gampong and Ancheta came off the bench and led a 5-0 run that gave NU the lead permanently, 22-18.

The third set saw a deflated National U give up errors and a 6-15 gap to FEU. The Bulldogs tried to come back, trimming the deficit down to four, 14-18, but their errors kept flowing and eventually pushed FEU to a 2-1 sets lead.

FEU seemed on their way back to the Finals after taking a 20-16 lead in the fourth set. Down and frustrated, the Bulldogs needed to rally around each other to not let their season go to waste.

Thanks to steady floor defense from Ismail and offense from Bagunas, the Bulldogs rallied back and scores seven straight points to force a decider.

NU powered ahead in the fifth set, taking an 11-7 lead after an FEU error. The Tamaraws had one more run in them, taking the next four points after NU’s reception collapsed momentarily. But that was all FEU could do, as NU broke away permanently, 14-11, following a long rally capped by Bryan Bagunas. The FEU sophomore served his team out of the season, as his floater sailed long.

The Bulldogs will play the Ateneo De Manila University Blue Eagles in a best-of-three series starting on Tuesday at the Smart Araneta Coliseum. The two have met in the past three Finals, with Ateneo taking the last two championships.

The Tamaraws have made the Final Four after missing the past two post-seasons.