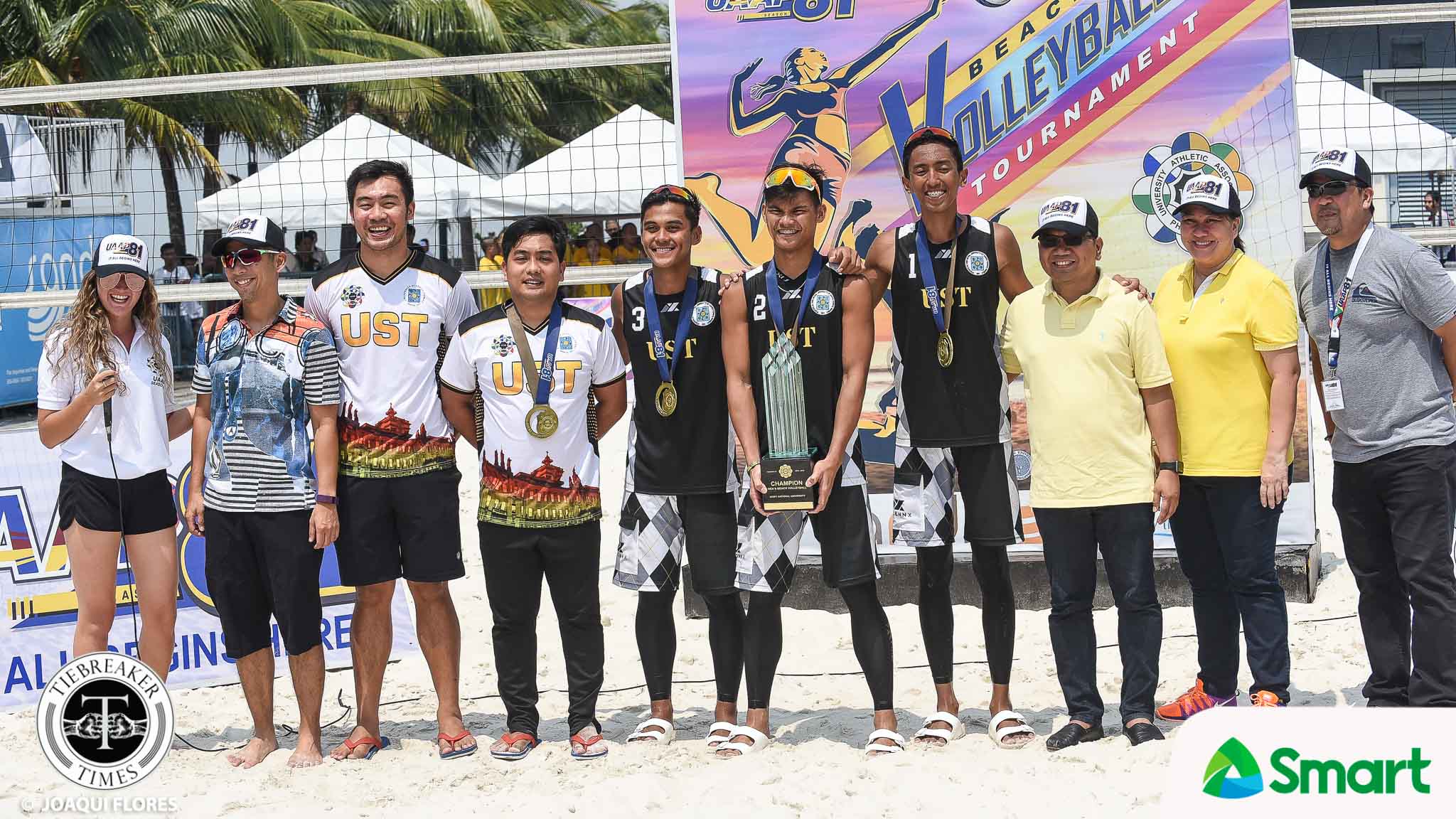 The Tiger Spikers shocked the erstwhile undefeated Tamaraws in Game One (21-14, 21-16). Game Two featured a dominant opening flurry from the Tigers, forcing FEU to sub out Hadlocon for Richard Solis.

The Tamaraws mustered a strong challenge in the second set, grabbing a 17-13 lead before UST rallied back and gained two championship points, 18-20. Back-to-back scores from Garcia extended the set to a tight deuce, which he also ended with two straight attacks.

The decider started tight before UST slowly pulled away and built a 13-8 wall. Arbasto tipped a ball to the far side before Requinton slid an attack to the line for the win.