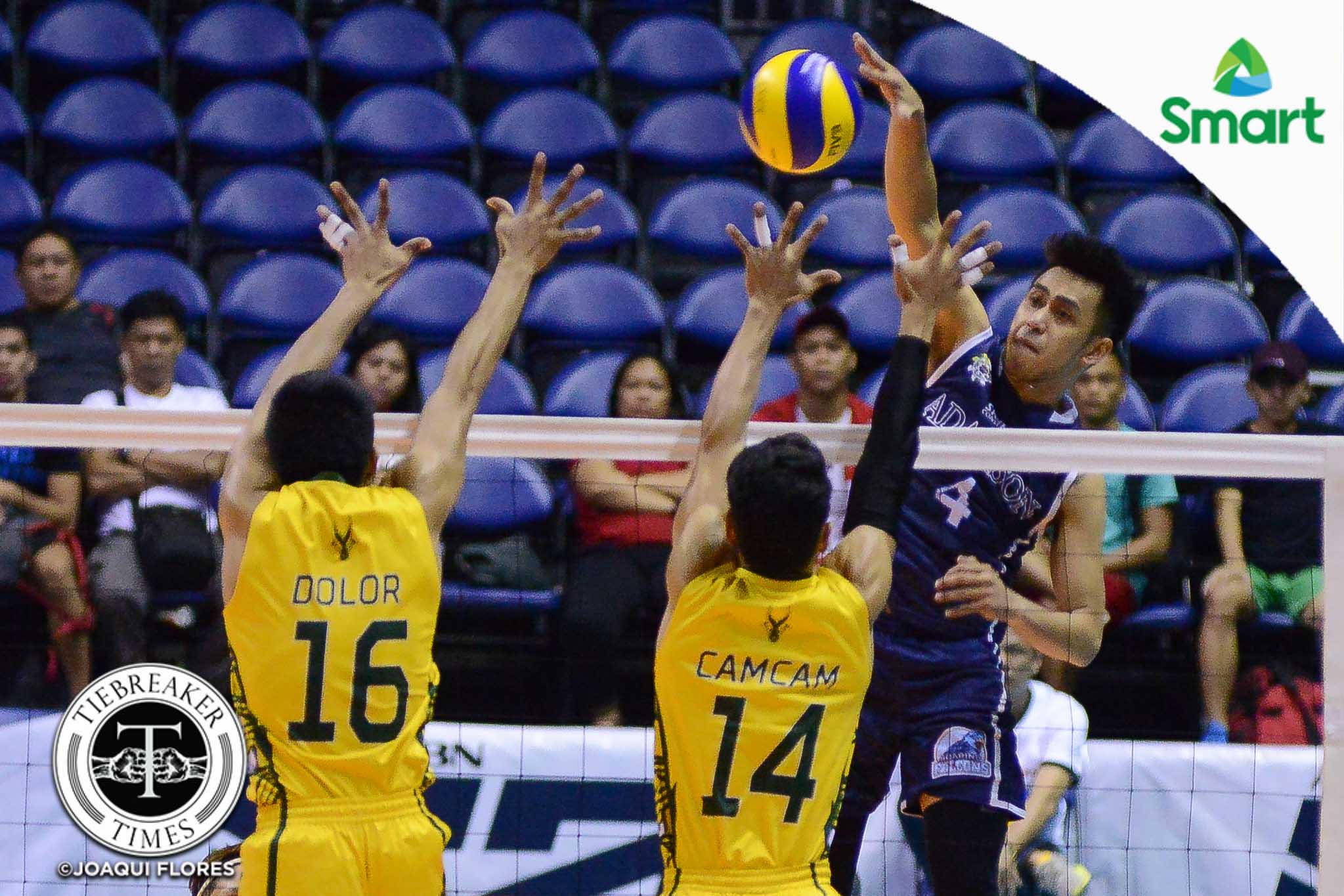 After failing in their last four tries, the Adamson University Soaring Falcons finally took a five-setter.

Both squads traded mirroring set wins, with the Falcons clobbering the Tamaraws in the fourth set to force a decider. The Tamaraws grabbed the advantage midway through the fifth set, 8-6, after back-to-back Adamson errors. FEU had the match in hand, leading 14-12, but that was when Jerome Sarmiento found his groove. The pint-sized winger brought Adamson to within a point and set up an FEU error to force a deuce. Sarmiento also tallied consecutive hits off transition plays to seal the match.

Adamson, with a 3-9 record, need to win their last two matches, starting with the University of Santo Tomas (5-6) on Sunday, to have a chance at a Final Four spot.

Greg Dolor tallied a season-high 27 points to lead FEU, while JP Bugaoan and Richard Solis each had 14.

FEU remain within range of a Final Four spot with a 6-6 record. They take on the University of the Philippines (5-6) on Sunday.