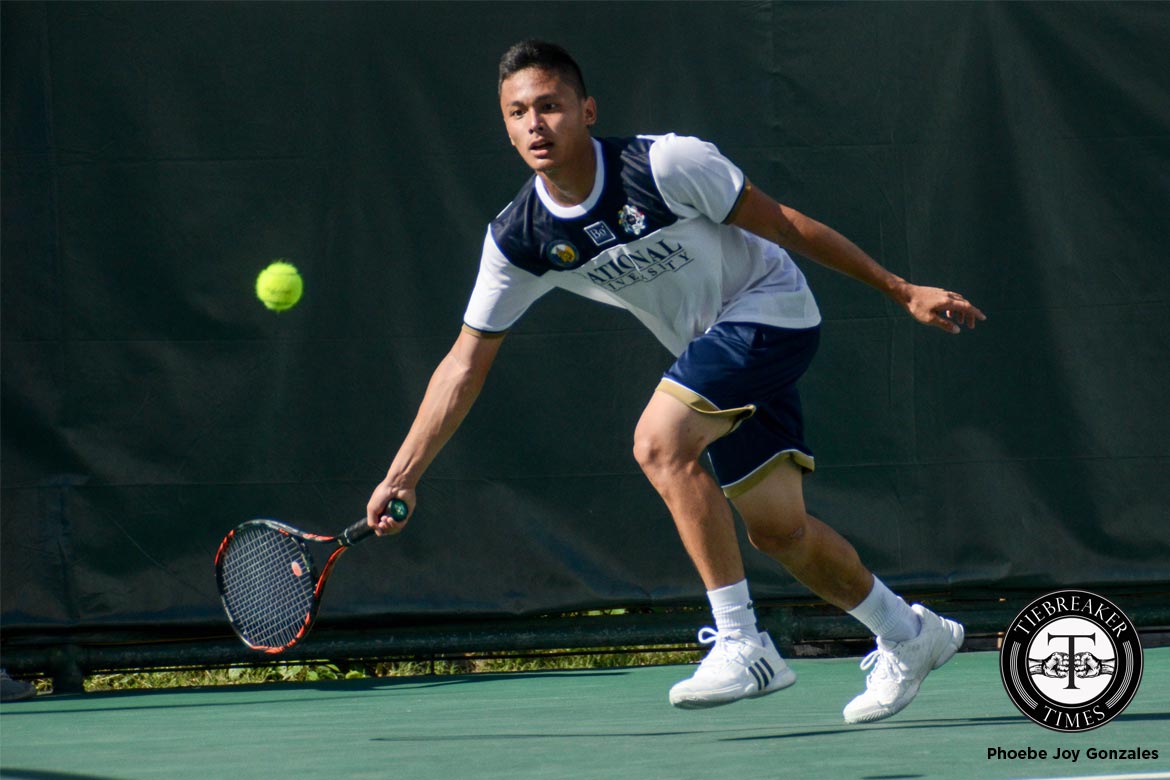 Losing a battle after winning for so long can just strengthen on for a fresh start. Take the case of the reigning four-peat UAAP men’s tennis champions, the National University Bulldogs.

He continued, “It doesn’t matter. This is a new generation of players.”

With such pressure lifted off their shoulders, the Bustillos squad showed their determination to bounce back, as returning senior Arc Dolorito lifted the squad past the Ateneo de Manila University, 3-2, Wednesday at the Rizal Memorial Tennis Center.

It was a strong start for NU, as third-year player Jeremiah Latorre stepped up against Julian Dayrit in the first singles match, 6-3, 6-4. The usual pair of Allen Manlangit and Francis Alcantara then doubled the lead for the defending champions as they swept Erj Gatdula and Luke Flores, 6-3, 6-2, in the first doubles match.

Ateneo would not give up without a fight as they eventually leveled the tie.

Fifth-year Blue Eagle Ino Canlas took care of Justine Prulla in two 6-3 sets in the second singles match. This happened just as the returning tandem of Anton Punzalan and AJ Rivero of Ateneo and Dolorito of NU, pocketed the first sets of their respective second doubles and third singles matches.

Eventually, Punzalan and Rivero’s chemistry prevailed in a two-set conquest of Jigo Peña and AJ Alejandre, 7-5, 6-2.

Marcen Gonzales took one back against Dolorito, 6-3, piling up the pressure against the two-time champion. Nonetheless, the Bulldog was ready.

Dolorito has, thus, just focused in the task at hand, and played well in the third set, summoning the heart of champion in the gruelling third set at 6-4.

The Bulldogs (1-1) will take on tournament favorites and undefeated University of the East Red Warriors (3-0) on Saturday, February 25. On the other hand, the Blue Eagles, also at 1-1, will battle the winless University of the Philippines Fighting Maroons (0-2) on the same day.