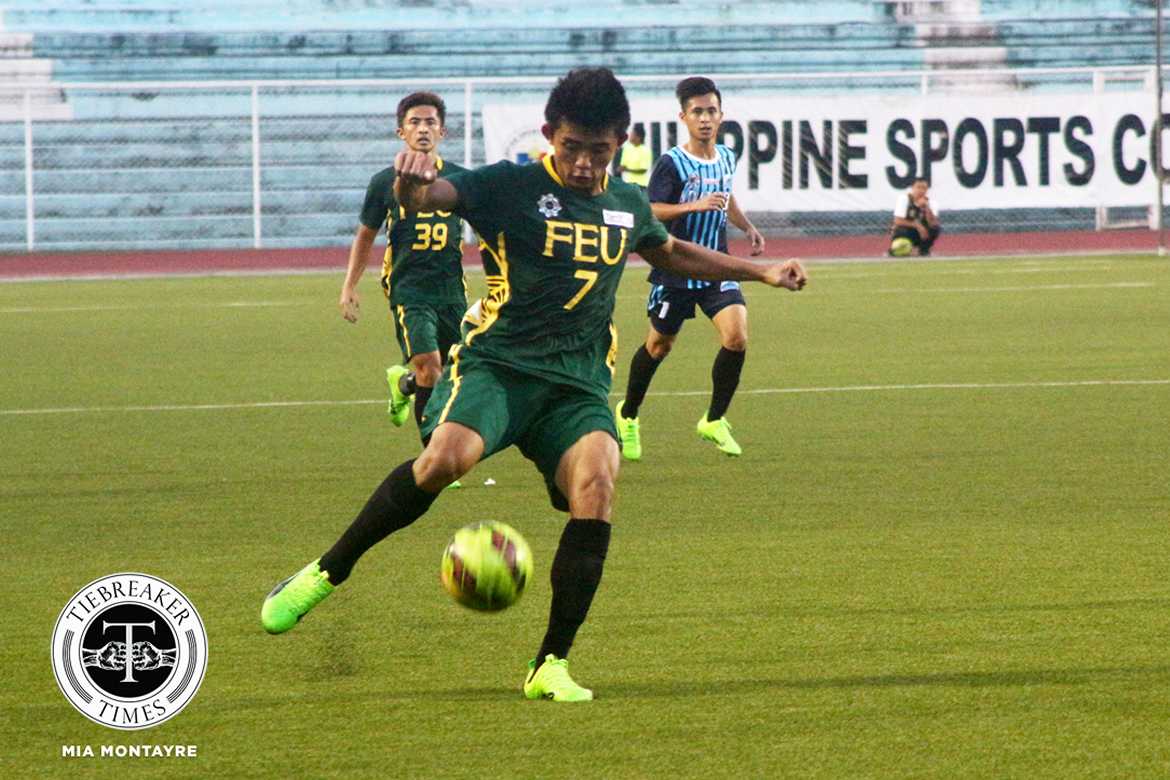 The locked-in Far Eastern University Tamaraws continued their fine start to the UAAP Season 79 Men’s Football Tournament with a 4-0 victory over the Adamson University Soaring Falcons.

“It’s very early in the season. There’s a lot for us to still work on, but of course we’re still happy with the wins,” commented FEU mentor Vince Santos.

Warning signs for Adamson were there early in the game when Tamaraws had a goal disallowed for offside. However, Adamson maintained its composure and created chances as FEU goalie Ray Joyel denied Bless Brian II Jumo with routine stops while rookie Ejike Ugwoke shot wide.

Come the 17th minute, though, FEU drew first blood. Cañonigo opened the scoring with a fine finish from a corner kick. From that moment onward, the Tamaraws demonstrated the difference in class between them and the Soaring Falcons.

FEU pushed relentlessly to add more goals to their tally. Such was the gulf in class that the Tamaraws managed to score twice in just seven minutes, as Andes and Jurao scored at the 39th and 45+1st minutes respectively, so that the Morayta school secured a 3-0 cushion at the break against Adamson.

A similar tale unfolded in the second half as the Tamaraws continued their bombardment of the Soaring Falcons’ goal. After controlling most of the possession in the period, FEU got what they deserved when Andes finished a well-worked play in the 67th minute for the Tamaraws’ fourth goal.

It ended FEU 4-0 Adamson, another step in the Tamaraws’ road to redemption this campaign.

“In the second half even if we only scored one goal I think we played better because we followed the game plan. Positive for us is to be achieving our wins in spite of being very early in understanding the system fully. I think that’s a positive takeaway and I hope we’ll get better as the games go by,” concluded Santos.

Up next for FEU will be National University on February 18, 4:00 PM, while Adamson shall face the De La Salle University a day later at 2:00 PM. Both games will be held at Rizal Memorial.