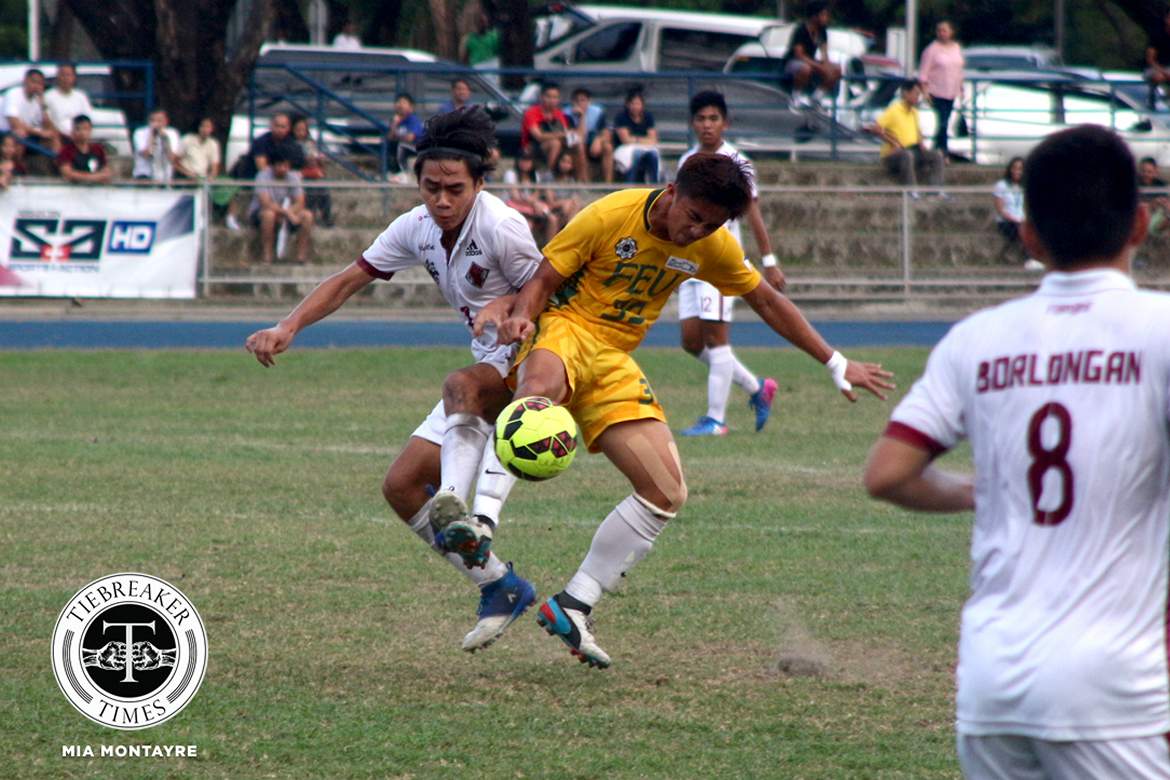 In a battle of the two best defensive teams of the UAAP Season 79 Men’s Football Tournament, the Far Eastern University Tamaraws and University of the Philippines Fighting Maroons fought out a 0-0 draw, today at the Moro Lorenzo Field in Katipunan, Quezon City.

It was a difficult contest for both teams in the offensive sense, and the game’s quality suffered as UP failed to field Azkals-capped Marco Casambre and Daniel Gadia due to injury and suspension respectively. On the other hand, FEU’s own Azkal, Paolo Bugas, failed to finish the game due to injury.

“I think coming into this game we were playing the defending champions,” commented FEU coach Vince Santos. “I think UP is the most organized side this UAAP season. I feel for a team that plays possession ball, we were able to disrupt their play today and it’s a good sign for us.”

Despite the lack of goal-scoring opportunities, the duel was an intense contest throughout the 90 minutes. The first half ended scoreless, but things picked up late in the second period. UP failed to create any chances with their possession, while FEU should have clinched that precious goal.

Tamaraws striker and captain Val Jurao ran himself through on goal and forced an uncharacteristic error from UP goalie Ace Villanueva. An open goal awaited Jurao, only for him to awfully miss what would have been the winning goal.

It ended FEU 0-0 UP, which was a fair result. While both teams wanted the win, the draw does not harm their standing at the top end of the league table.

“In terms of effort and fight we cannot ask for anything more,” shared UP coach Anto Gonzales. “We’re playing undermanned but a lot of players stepped up. All we want is to keep progressing, but definitely with the performance today, the overall performance coming from that loss against Ateneo was a huge rebound for us.”