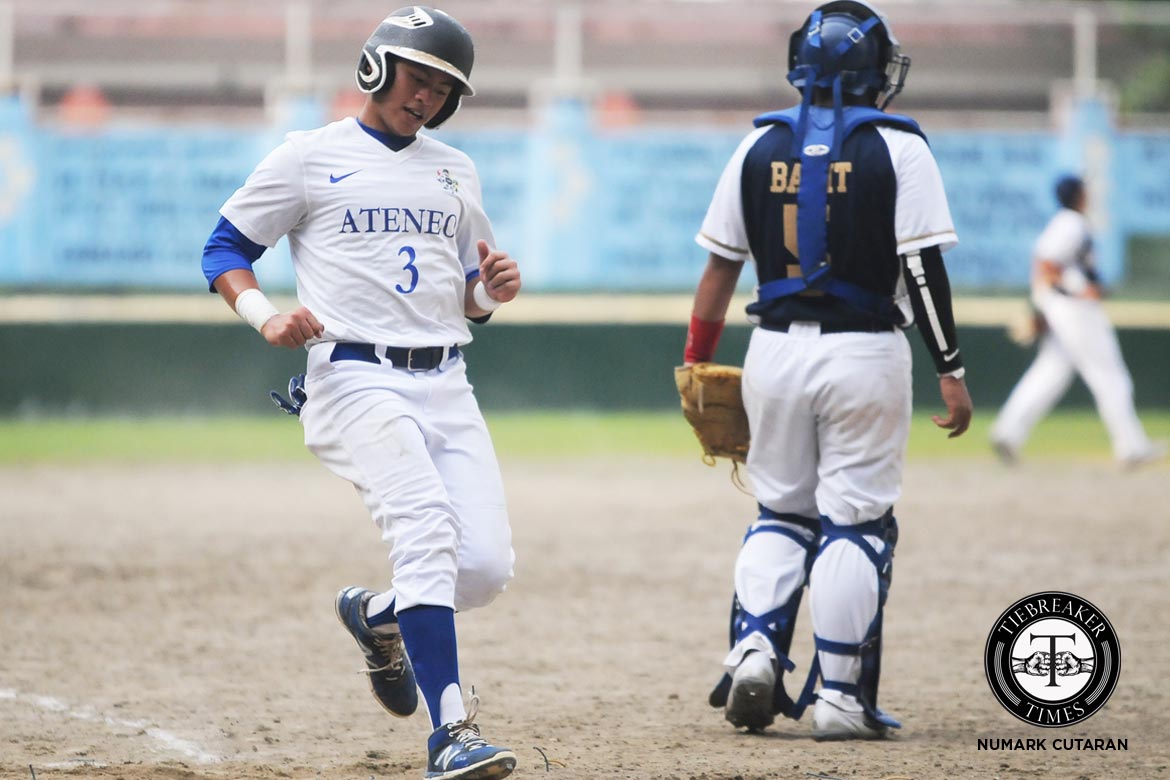 Another day, another Eagle steps up

The Ateneo de Manila University Blue Eagles sustained their momentum from their opening day lambasting of the UST Golden Sox, blasting the National University Bulldogs this time around, 10-1, Wednesday afternoon at the Rizal Memorial Baseball Stadium in Manila.

The Blue Eagles go to 2-0 to keep pace with defending champions La Salle while the Bulldogs suffer their first defeat, evening their slate.

The final score though did not do justice for National University according to coach Randy Dizer.

“Actually, I don’t think it’s dominant win. It’s just that they committed too many errors,” Ateneo Baseball’s program director said. “May mga error na crucial, that’s why we scored. Dominating is how many hits lang.”

Lefty NU pitcher Junmar Diarao (1-1) was able to keep the Blue Eagles at bay during the first two innings of the game. However, the floodgate was opened in the third inning sparked by a solo homerun by sophomore DH Ryan Hilario. Javi Macasaet then drove in two runs to extend Ateneo’s lead.

And after Marco Mallari’s and Radito Banzon’s explosion on opening day, it was second year Eagle Javi Macasaet who showed his wares this time. The younger Macasaet went 4-of-5 at-bat, all singles, resulting to 3 RBI’s and a run.

And it’s a testament to the depth of the Blue Eagles this season after being ravaged during the off-season.

“Yun yung consolation ko, anybody from the bench I pull can deliver. Wala yung sinasabi nilang butaw. No, none. They can all play,” Dizer added.

According to Dizer, Paulo Macasaet is more motivated than ever this season — even finding motivation every where he can get one.

But the team will most likely give exposure to the Blue Eagles’ other pitchers in their next games.

Ateneo will next face neighbors UP (0-2) on Sunday, February 12 while NU looks to bounce back against UST (0-2) on the same day.