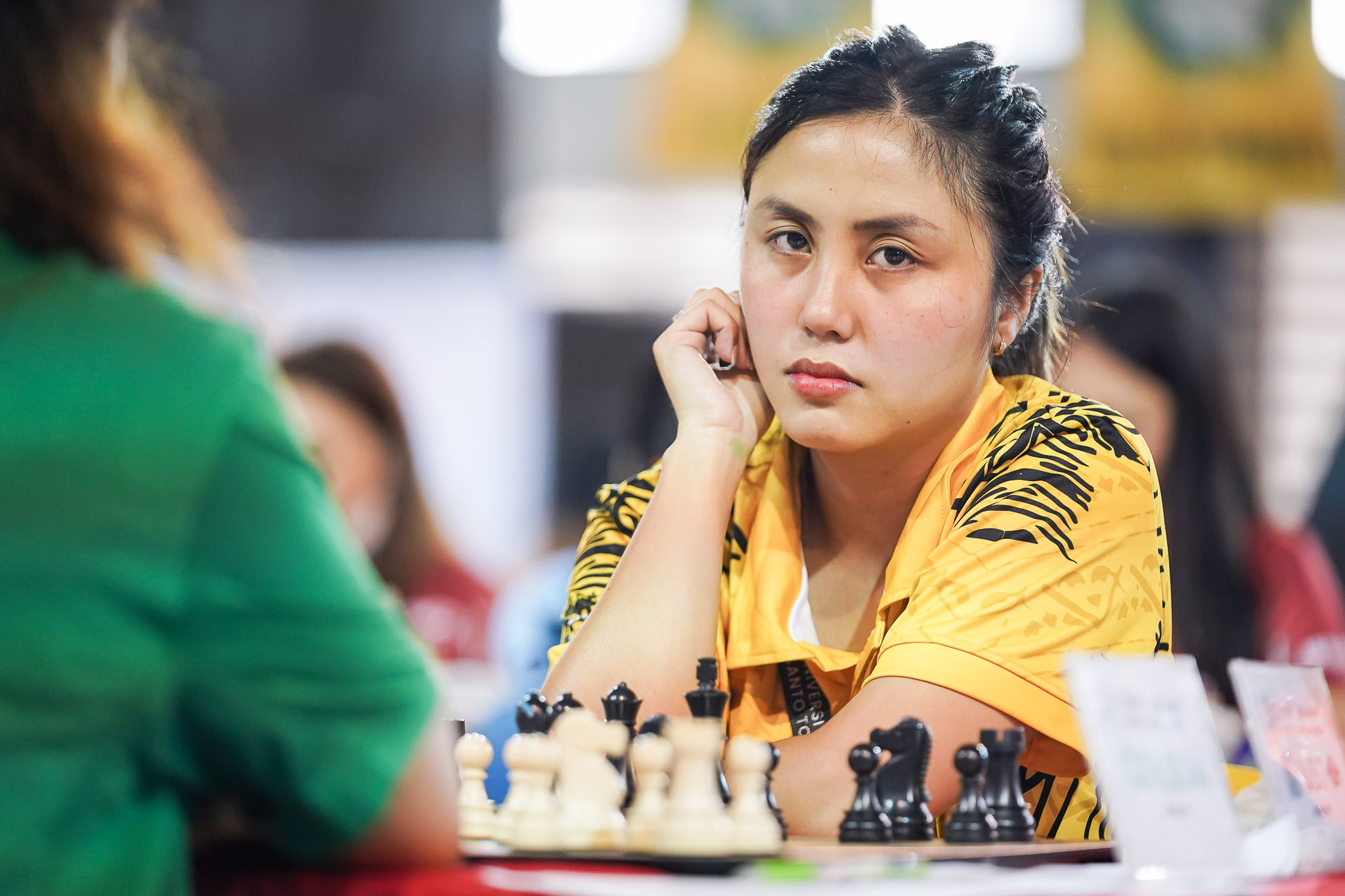 University of Sto. Tomas took a momentary lead on Sunday after scoring its second win in five matches to go up 11 points at the conclusion of Round 5 of the UAAP Season 85 Women’s Chess Championships at FEU Tech Gym in Manila.

The Tigresses now have two wins and three draws after a 2.5-1.5 win over Far Eastern University.

Macydel Fajardo (Board 1) and Josemier Panol (Board 2) both scored wins followed by a draw from Jamaica Lagrio in Board 3 to secure the win in their penultimate match in the first half of the season.

Defending Champion National University, on the other hand, was limited to another 2-2 split, this time against De La Salle University.

Irish Yngayo also scored her first back-to-back win this season with a masterful middlegame play to force Jesca Docena to resign by the 50th move in Board 3.

NU fell to the second spot with 10.5 points.

Ateneo de Manila University also cracked the top three after a 3-1 performance against University of the Philippines to go up to 8.5 points.

Alexis Anne Oseña (Board 3) remained perfect with her fourth win in as many matches to go with Kristine Mae Flores’s victory in Board 4.

Laila Camel Nadera (Board 1) and Glesit Marie Tatoy (Board 2) then settled for draws to help take Ateneo’s second-season win.