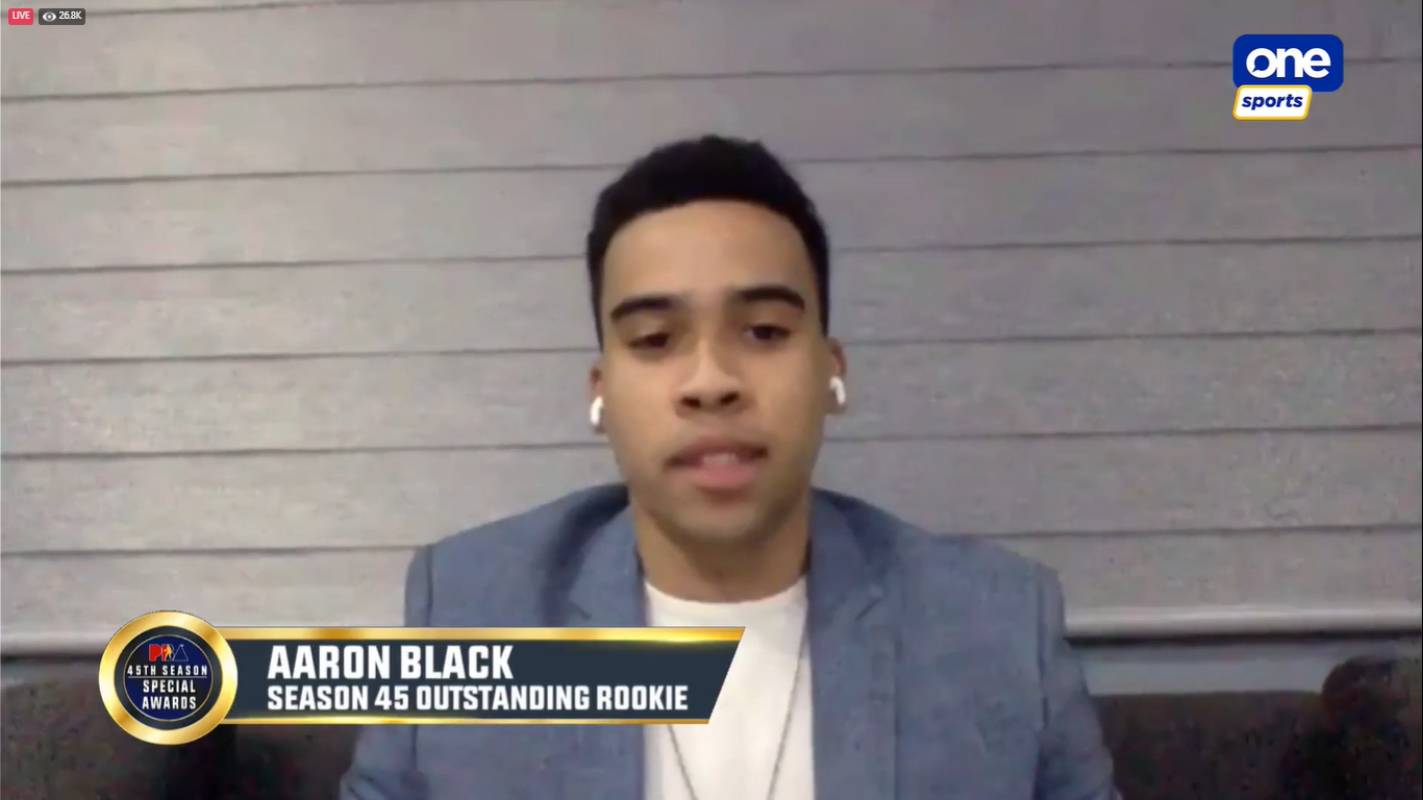 Aaron Black made history as he was heralded as the PBA Season 45’s Outstanding Rookie in the Special Awards rites, Sunday night.

The cat-quick Meralco guard is now the lowest draft pick ever to win top rookie honors since he was the Bolts’ 18th overall pick in the 2019 regular draft.

Such a distinction was previously held by Larry Fonacier, who was adjudged as Rookie of the Year after being the 14th pick of Red Bull in 2005.

“It’s definitely a great feeling. This would definitely push me to work even harder for the next conference,” said Black.

The son of Meralco head coach Norman Black won in convincing fashion as he garnered 2,002 votes from stats, players, media, and the PBA.

Other newcomers who fought for the award were Terrafirma’s Roosevelt Adams, Alaska slotman Barkley Ebona, and Aris Dionisio of Magnolia.

The Ateneo de Manila product averaged 6.6 points, 3.7 rebounds, 1.7 assists, and 0.3 steals in 18 games as he rose as an integral part of the MVP Group-owned ball club’s historic campaign in the bubble.

He helped the Bolts to a 7-4 record in the eliminations on their way to their first Philippine Cup quarterfinal trip in half a decade.

There, they ended the five-year reign of San Miguel by overcoming a twice-to-beat advantage to book their first all-Filipino semis trip in team history.

It was versus the Beermen where he had the finest moment of his first year in the pros, scoring 11 of his 14 points in the fourth quarter of a 78-71 victory that enabled them to send the series to a rubber match.

Their magical run, however, ended in the hands of Ginebra in a best-of-five battle that went the full route. But there was no denying that a bright future awaits Meralco, with Black definitely a part of it.

“Looking forward to what we have in store for Meralco. I’m just thankful to God for this. I feel very blessed,” he expressed.