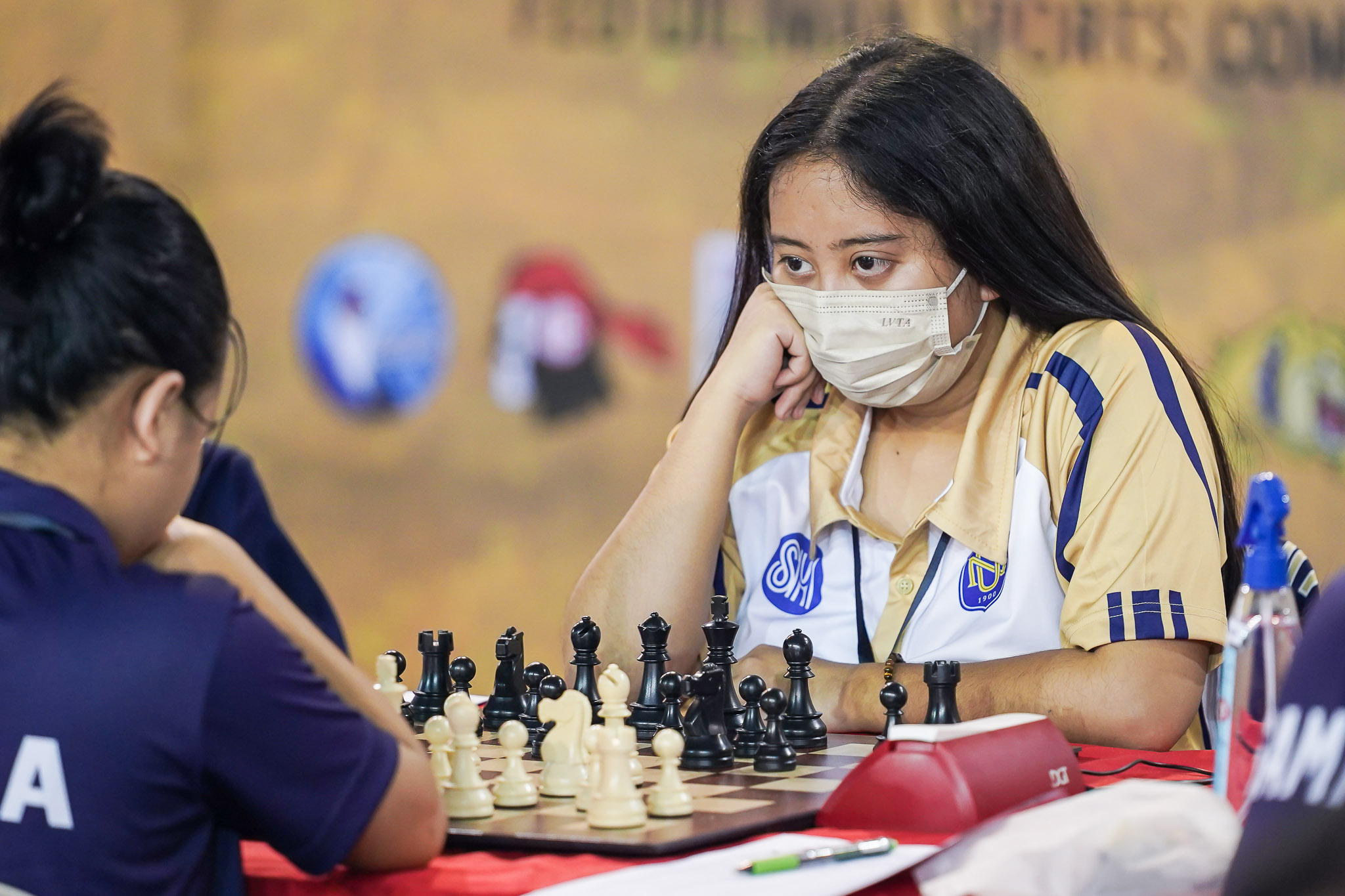 National University scored its fifth series win with a narrow 2.5-1.5 win over Adamson University in Round 9 of the UAAP Season 85 Women’s Chess Championships, Wednesday at the FEU Tech Gym in Manila.

Woman International Master Kylen Joy Mordido notched her 6th win in eight appearances courtesy of a dominant display against Jashua Patria where she took significant material advantage after employing a trap on the enemy queen.

Reigning MVP Woman Fide Master Allaney Jia Doroy then settled for a draw on the top board to secure NU’s Round 9 win and hold on to the top spot.

Woman Fide Master Samantha Glo Revita (Board 1) and Irish Yngayo’s (Board 3) games both finished in draws as Arena Fide Master Sara Francine Olendo faltered in Board 4.

Far Eastern University was also held to a 2-2 split by University of Sto. Tomas.

Woman National Master Bea Mendoza bounced back from a stinging loss against cellar-dwelling UP in Round 8 by taking down Josemier Jene Panol in 48 moves of the Sicilian Defense.

Round 10 will commence on Saturday, December 3.