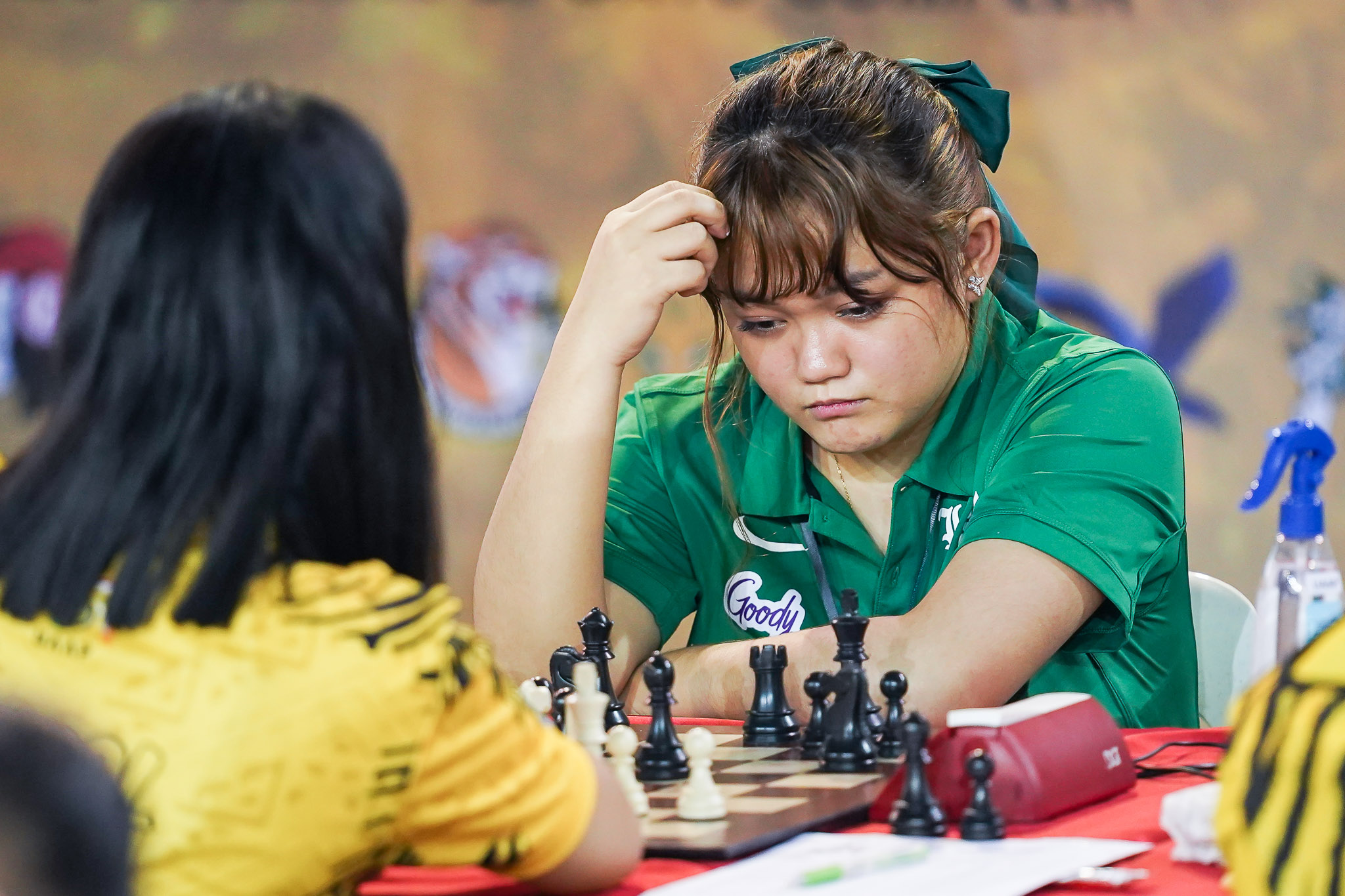 With league-leading National University taking a bye in Round 8, De La Salle University surged to solo second courtesy of a 3.5-0.5 win over Adamson University in UAAP Season 85 Women’s Chess Championships, Sunday at the FEU Tech Gym in Manila.

The Lady Green Woodpushers leapfrogged Far Eastern University who suffered from a 3-1 loss to cellar-dwelling University of the Philippines.

Francois Marie Magpily (Board 2) was an image of consistency as she scored her 6th point in seven appearances courtesy of a 49-move conquest of Adamson’s Jashua Patria while playing the black pieces.

Woman Fide Master Samantha Glo Revita (Board 1) also flexed her might in the top board with a convincing win over Robelle De Jesus while Irish Yngayo scored her fourth win in the last five matches after weaving her way through an advantageous rook vs bishop endgame to secure La Salle’s victory.

UP played the role of spoiler in Round 8 after notching their first season win via a 3-1 demolition of FEU.

Justnin Macapuno (Board 2) Jee Ann Barry (Board 3) and Jallen Herzchelle Agra (Board 4) conquered their titled rivals from FEU en route to the upset win.

Meanwhile, Ateneo de Manila University held University of Sto. Tomas to a 2-2 deuce to take the fourth spot in the standings.

Laila Camel Nadera scored the win in Board 1 followed by draws from Glesit Marie Tatoy and Arena Grandmaster Alexis Anne Oseña in Boards 2 and 3, respectively.

#ReadMore  Atoy Co's future in Mapua remains in the air

Round 9 will be on Wednesday at the same venue.