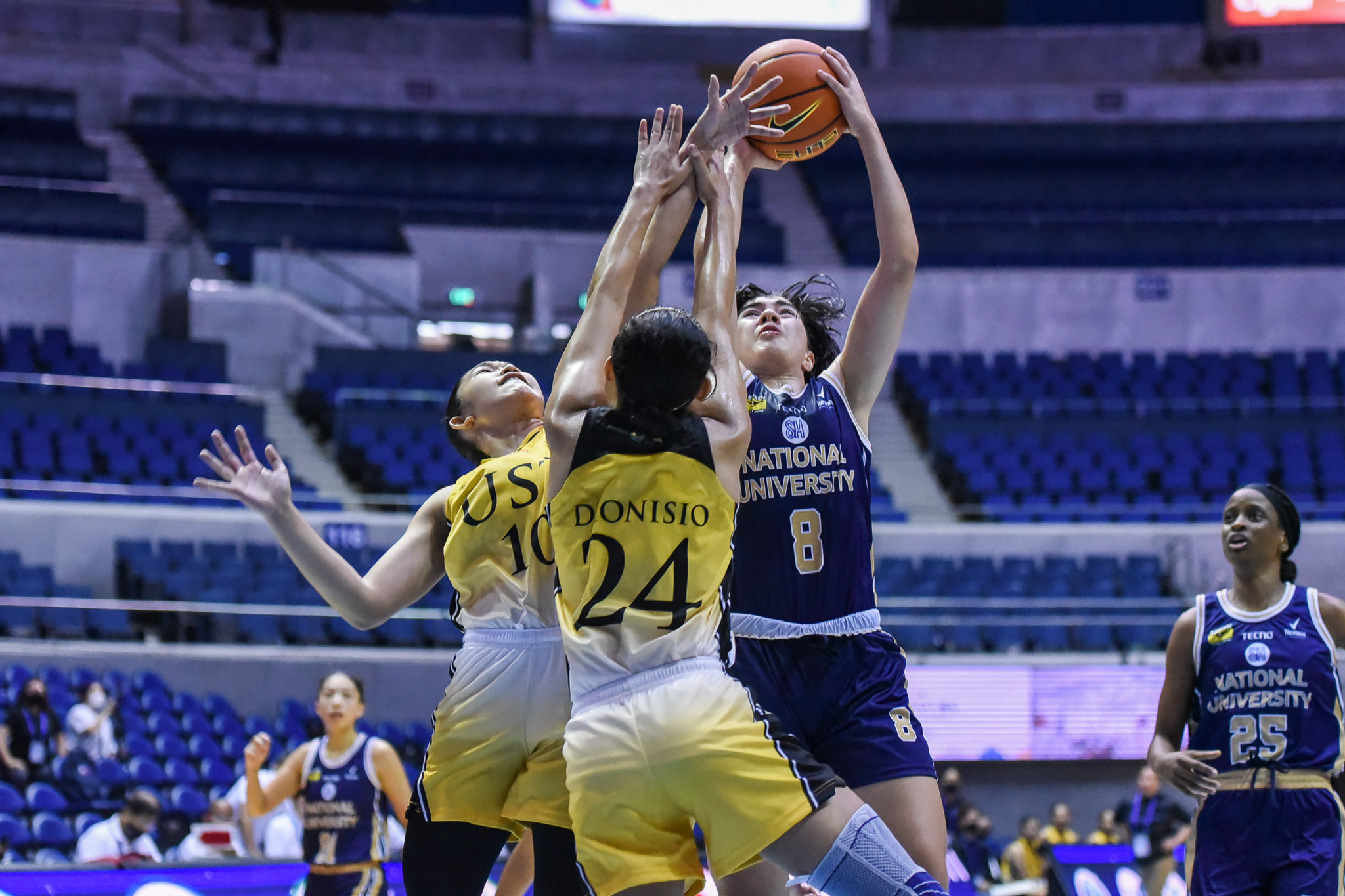 National University booked its 99th straight win, but had to surpass University of Santo Tomas’ tough challenge, 78-75, in the UAAP Season 85 women’s basketball tournament, Sunday at the Smart Araneta Coliseum.

The Growling Tigresses inched to within four after Nikki Villasin’s triple off a timeout with 36.1 seconds left to cap an 8-1 run, 70-74.

But Aloha Betanio was fouled the next play, splitting her freebies to increase the Lady Bulldogs’ lead before Eka Soriano sliced it to three with her two charity stripe conversions with 25.3 ticks to go, 72-75.

Camille Clarin then made two free throws for NU but Tacky Tacatac responded with a booming trey with 10.7 seconds, 75-77.

Angel Surada was then sent to the line, making the first before missing the second giving UST one last chance but Joylyn Pangilinan missed her off-balanced heave.

“I thought UST came in with a lot of fight today. They gave us a hard time. But again credit to my girls for staying the game and eventually winning the game,” said Lady Bulldogs coach Aris Dimaunahan.

Ann Pingol led NU with 14 points, nine off the first half, while Clarin chipped in 13 points and six assists but had six turnovers.

Surada was at the front of the Lady Bulldogs’ attack in the payoff period with seven of her 11 points.

Soriano flirted with a triple-double for the Growling Tigresses with 18 points, nine rebounds, and nine assists with three steals and just one turnover.

NU will aim for 100 on Wednesday, 3 pm, against University of the Philippines at the UST Quadricentennial Pavilion.

UST, which absorbed their first loss in three games, will try to bounce back at home against Ateneo de Manila University at 1 pm.