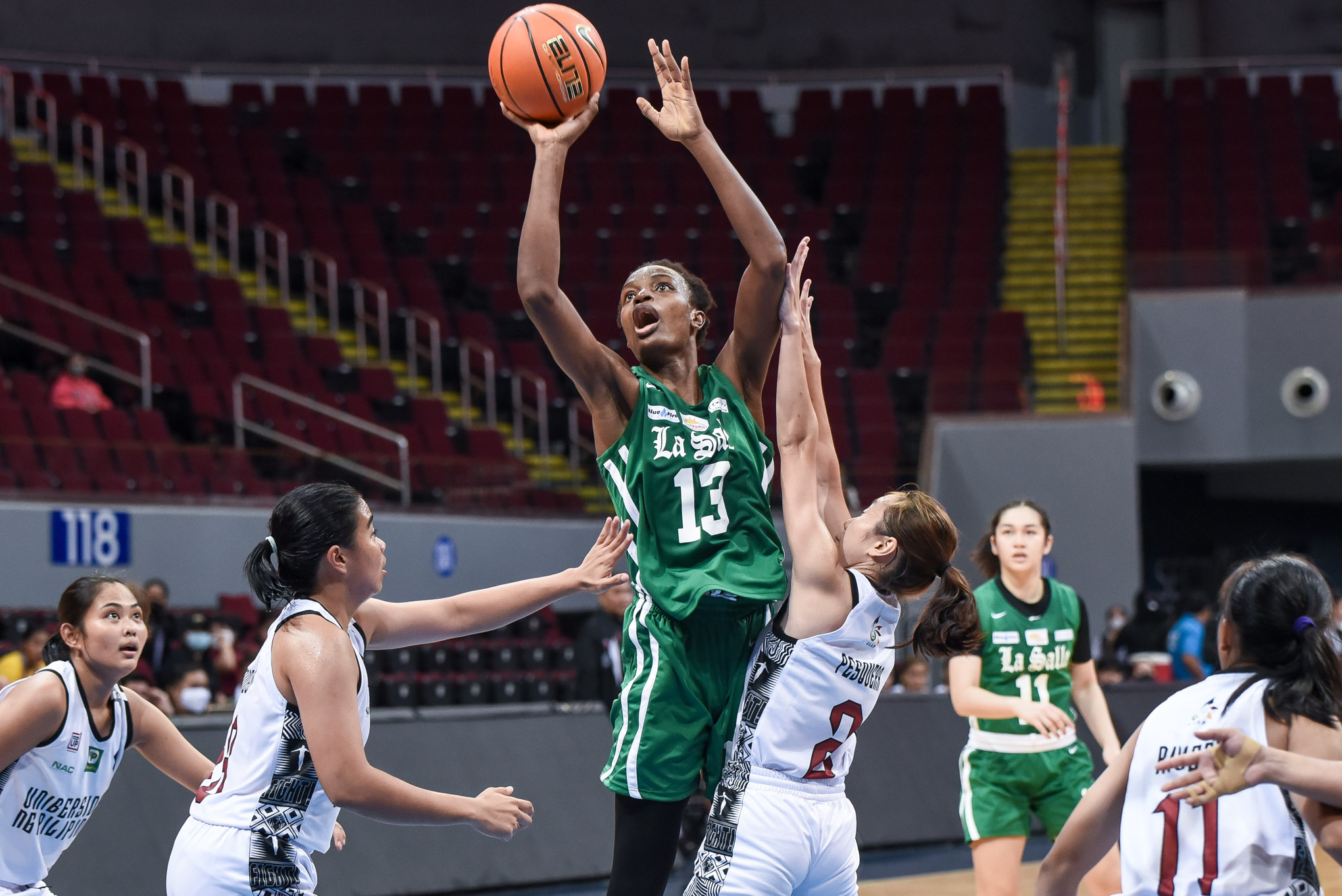 De La Salle University dominated University of the Philippines, 73-51, to start its UAAP Season 85 Women’s Basketball campaign on Saturday at the SM Mall of Asia Arena.

Fina Niantcho showed her might from the get-go, scoring 12 of her 16 points in the first half to go with 12 rebounds and three steals.

The Lady Archers set the tone early in the match, easing to a 19-8 opening frame before extending their advantage to 16 at the break, 35-19.

The Fighting Maroons though after La Salle stretched its lead to 25 had a spirited 9-3 run to end the third. That brought them within 19, 38-57, but they could not continue their heater in the fourth.

But the Lady Archers responded with a 16-3 rally in the fourth. They then iced the game completely, 73-41, with less than four minutes left.

Luisa San Juan, on the other hand, made 10 of her 12 points in the second half for La Salle. Meanwhile, Lee Sario just missed a double-double with nine points and eight rebounds.

The Lady Archers limited UP to just 18.5-percent shooting from the field, a poor 12-of-65 clip, while converting 37.7-percent of their 77 attempts.

Acrissa Maw was the lone Fighting Maroon in double digits with 11 points, to go with her eight rebounds, three steals, and two blocks.

The Lady Archers look for two in a row on Wednesday, 9:00 AM, against University of Santo Tomas. They open the quadruple-header at the UST Quadricentennial Pavilion.

Meanwhile, the Fighting Maroons look for their first win at 3:00 PM against Adamson University.