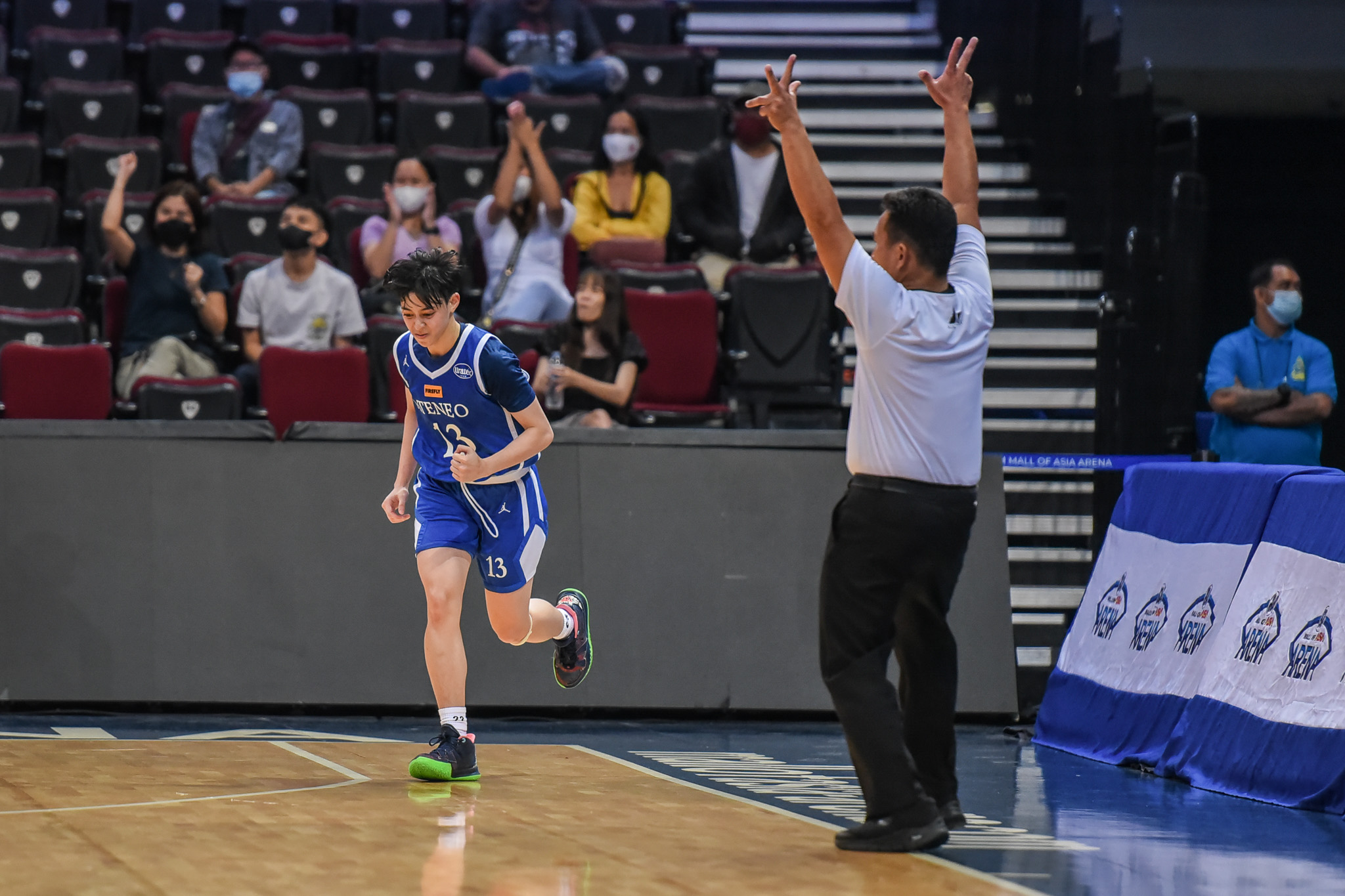 Lj Miranda put the Blue Eagles ahead by three after a booming corner triple with 18.2 seconds left.

Angel Obien’s attempt to send the game to overtime was too strong for the Lady Tamaraws.

FEU clawed its way back from 14 points down, unleashing a 20-10 third quarter to make it a close affair.

“I had to understand that I was expecting this that we will be full of jitters. Outside of Jhaz, 15 of our players have not even really played here in MOA,” said Ateneo head coach LA Mumar.

But ultimately, the Blue Eagles steadied down the stretch, with a huge boost from Miranda.

Camille Taguiam was at the forefront of FEU’s attack with 10 points, 12 rebounds, and nine assists, barely missing a triple-double. She, however, committed seven turnovers.

Ateneo is all set for a matchup with the six-time defending champions Lady Bulldogs on Wednesday, 11 am, at the UST Quadricentennial Pavilion.

#ReadMore  FEU willingly lets go of Abarrientos: 'We are happy for RJ'

Meanwhile, the Lady Tamaraws will face University of the East later that day at 1 pm.