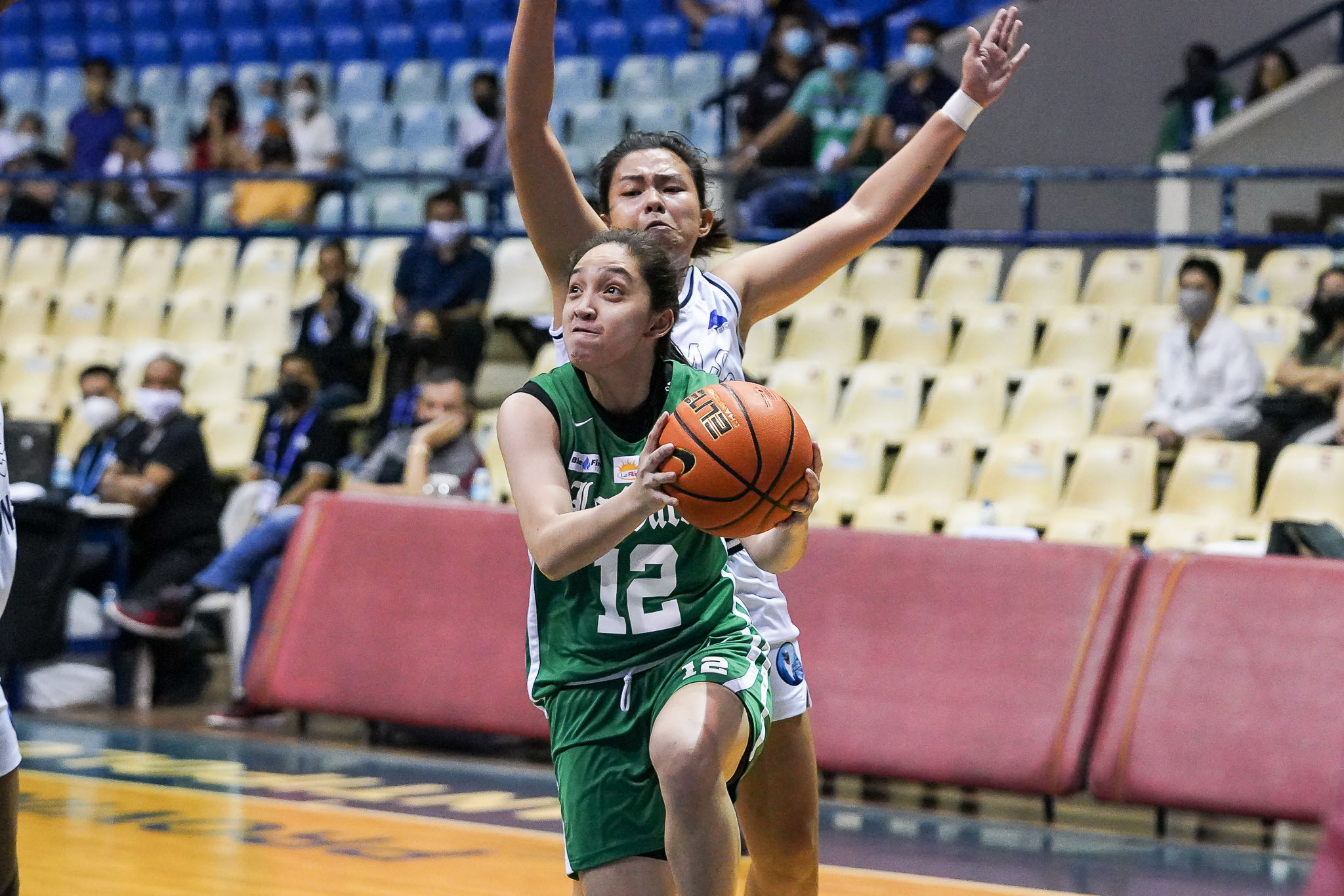 With the games locked 41-41 off a basket from Adamson’s Victoria Adeshina, La Salle enacted an 11-1 run capped off by Fina Niantcho’s shot near the end of the third quarter to lead 53-42.

Come the final period, the Lady Falcons were able to trim the deficit to just 65-72 off a Leslie Flor basket with 39.4 ticks remaining. However, three free throws from Marga Jimenez sealed the 75-65 win for the Lady Archers.

Charmaine Torres and Niantcho contributed 11 points each with the former dishing out five assists while the latter seized 10 rebounds.

“Yes, we’re 5-2 but if you look at our games, it’s not a very dominant 5-2,” said La Salle coach Cholo Villanueva. “We just find ways to win. We just trust each other on what we’re going to do defensively.

“We’re not a very talented team. We just outsmart and outwork our opponents to get a grind out win every time, which I think is good for us.”

La Salle’s bench mob contributed heavily to their win with 42 points versus Adamson’s 14.

Adeshina led Adamson with 18 points and 18 rebounds followed by Rose Ann Dampions’ 16. Angela Alaba had 12 points for the Lady Falcons.

The result means that La Salle finishes the first round in third place with a 5-2 record while Adamson is in sixth place with a 2-5 record.