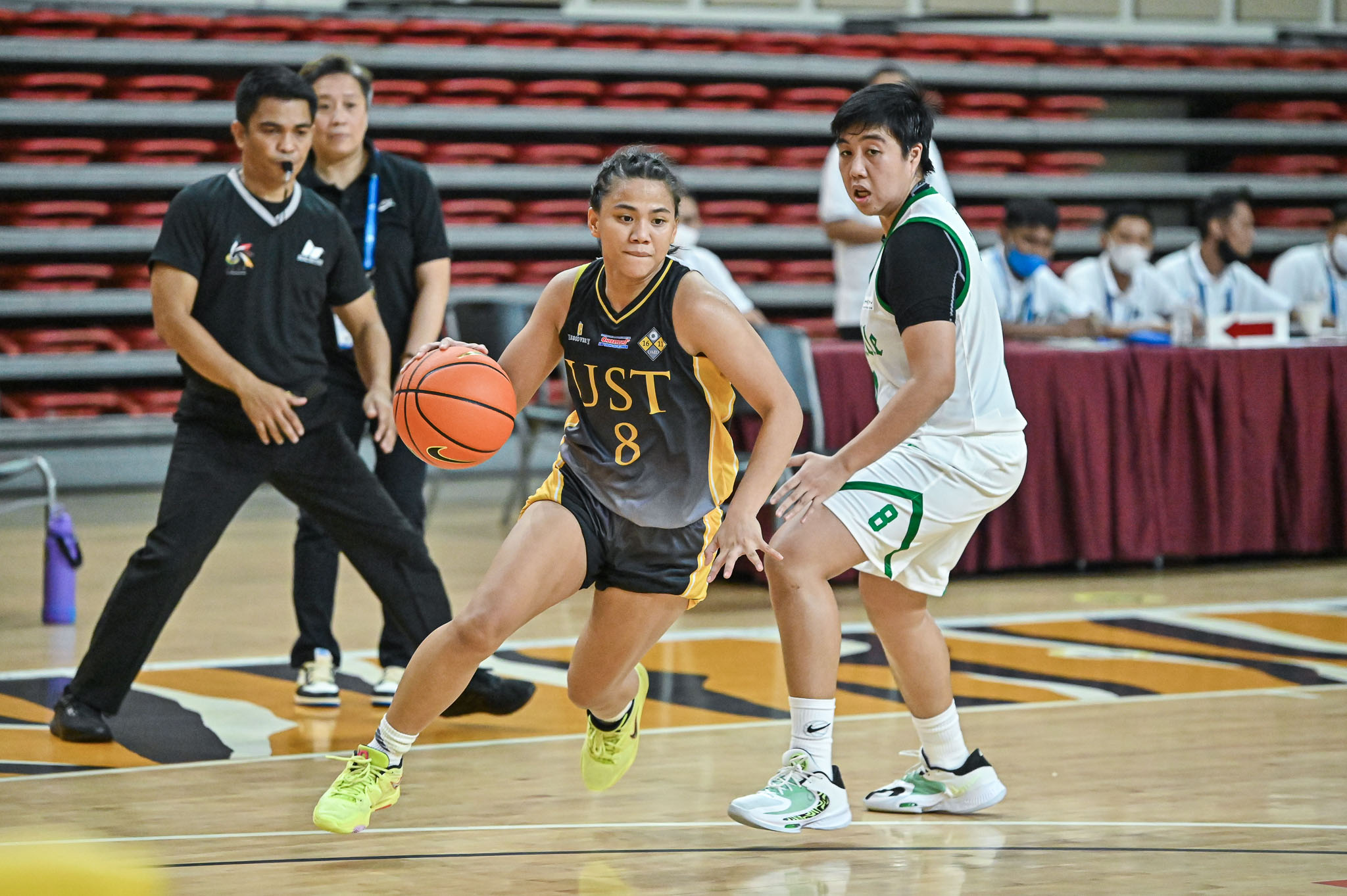 Eka Soriano dropped her career-high, lifting University of Santo Tomas to a wire-to-wire 71-57 win over De La Salle University to go to 2-0 in the UAAP Season 85 Women’s Basketball Tournament, Tuesday at the Quadricentennial Pavillion in Espana, Manila.

Soriano, a sophomore out of Perpetual Help, fired 28 points on 9-of-17 shooting from the field, 4-of-8 from deep while also dishing out seven assists, grabbing six rebounds, and netting three steals.

Soriano caught fire to start the game, already putting up 15 points in the first half and helping the Growling Tigresses gain a lead that went to as high as 22 points, 38-16, midway through the second stanza.

Behind Charmine Torres, Fina Tchuido, and Joehanna Arciga, the Lady Archers clawed their way back, cutting the lead down to six, 56-50, with 5:45 left in the game.

“Nung first game ganun din,” lamented Ong, looking back on their 106-70 win over the Lady Falcons last Saturday. “We tend to relax if we have a big lead and we can’t do that when we face NU next, a powerhouse team. We have to play strong from start to finish.”

Soriano though would restore order, sparking a 13-5 endgame run to stave off the Lady Archers.

La Salle evened their slate to 1-1.

Up next for UST is National University in a rematch of the UAAP Season 82 finals on Sunday.

“Same mentality we approach every game. I just told the girls that we have to work harder than our opponents. We have to defend harder to outscore them,” said Ong about the game.