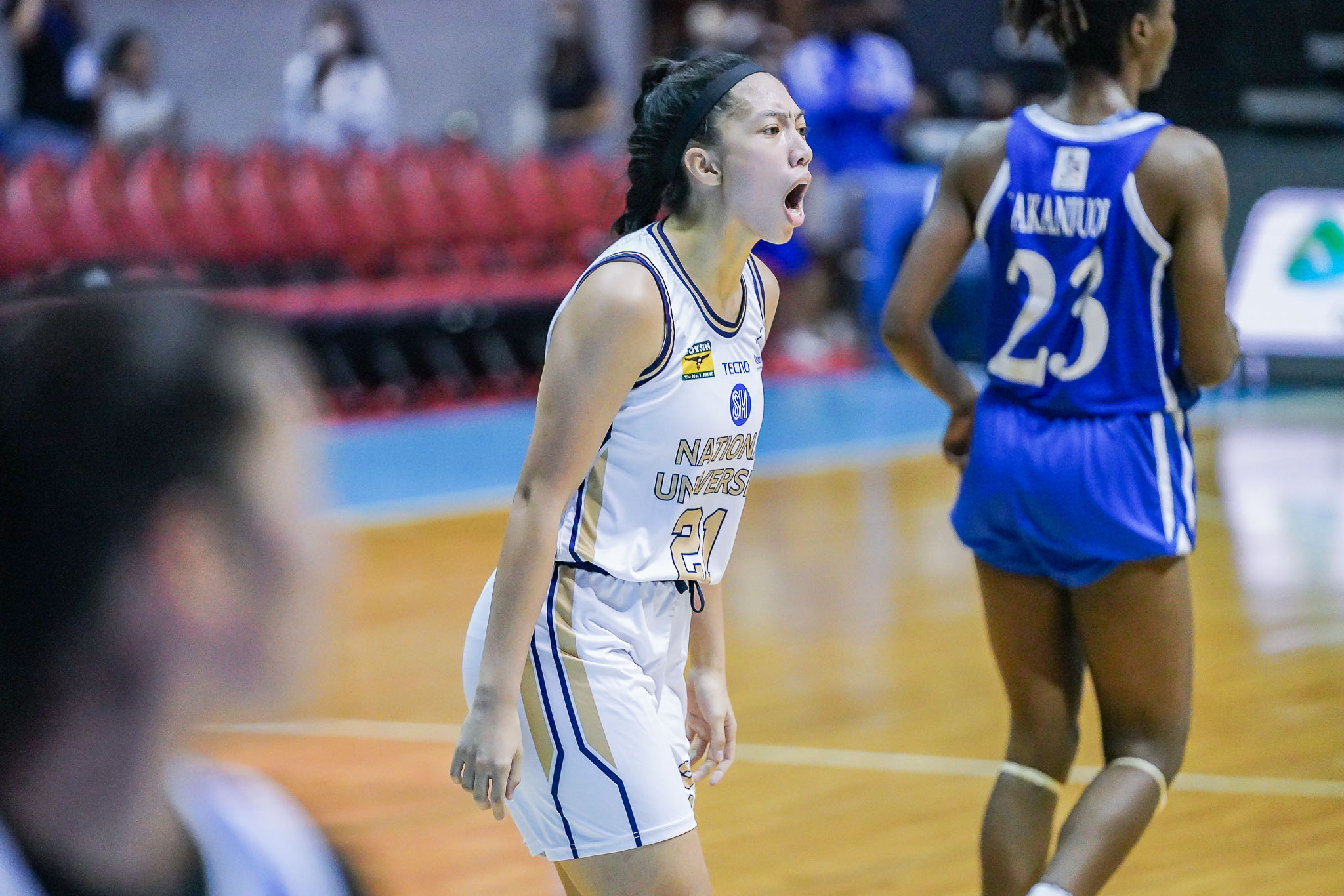 The Lady Bulldogs will await the winner of the De La Salle University-University of Santo Tomas series. The Lady Archers hold the twice to beat advantage.

Trailing by 13 at the half, Sarah Makanjuola and LJ Miranda teamed up to pull the Blue Eagles within six at the 6:04 mark of the third frame, 48-54.

“I have to give credit to our ladies for putting in the work kahit na nai-iskoran kami, kahit na nasu-shootan kami at some point hindi sila bumitaw and they just kept on fighting and stayed together,” said Lady Bulldogs coach Aris Dimaunahan.

Clarin made five triples on her way to 19 points with three rebounds and three assists, while Mikka Cacho got 15 points, 13 in the first half to keep NU afloat.

Edimo Tiky chipped in 10 points and six rebounds while Gypsy Canuto got eight points and 10 assists.

Rookie Kacey Dela Rosa (22 points, 18 rebounds, and seven blocks) and Jhazmin Joson (13 points, four rebounds, four assists, and three steals) had a huge first half for the Blue Eagles but were limited in the other half, getting just four points and four rebounds; and three points and three rebounds, respectively.

Joson has played her last game for Ateneo, who finished the tournament in fourth place.