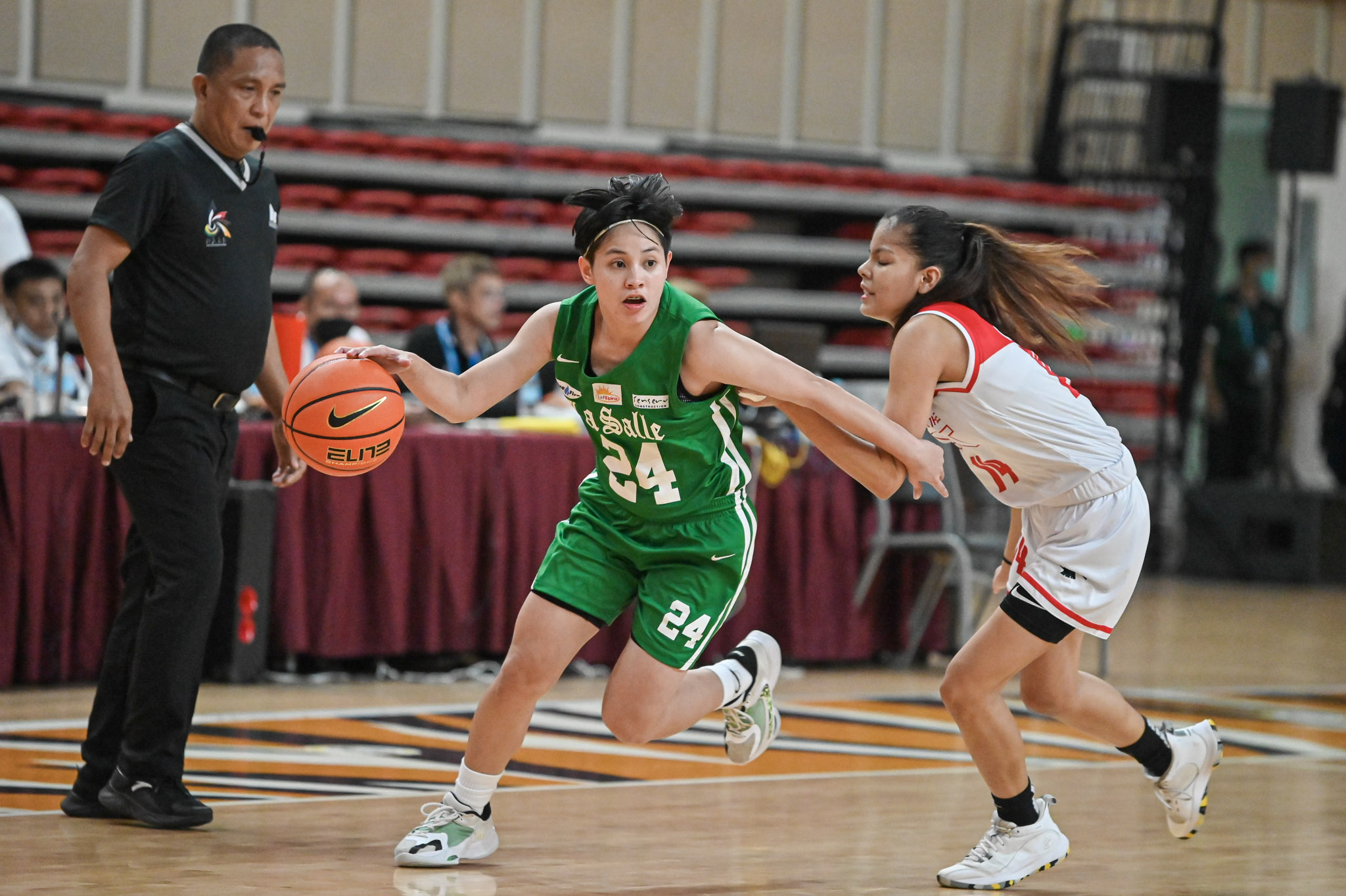 De La Salle University clinched a twice-to-beat advantage in the Final Four of the UAAP Season 85 Women’s Basketball Tournament with a 66-41 win over University of the East, Saturday at the UST Quadricentennial Pavilion.

La Salle improved its record to 12-2 to finish in second place at the end of the elimination round courtesy of an eight-game winning streak.

Coach Jay-R Aquino took charge of the Lady Archers in lieu of head coach Cholo Villanueva, who is on MPBL duty with Batangas Embassy Chill in its South Division finals series against Zamboanga Family’s Brand Sardines.

“We played out of our game plan,” said Aquino. “Gusto namin is to make them turn the ball over, pressure the ball, but hindi namin ginawa yun nung naghahabol sila. We didn’t make them uncomfortable during the game. That’s why this thing happened.”

Up by as much as 23 points in the first half, La Salle saw its cushion trimmed to just 34-30 with 3:59 left in the third quarter thanks to the efforts of Joyce Terrinal, Minslie Paule, and Kamba Kone.

The Lady Archers then went on a rampage as in the final period to seal the win. Bettina Binaohan, Lee Sario, and Ameng Torres converted baskets to give La Salle a lead as big as 66-39 with 2:02 remaining in the contest.

Sario led the Taft school with 18 points while Binaohan had a monster game with 14 points and 17 rebounds.

#ReadMore  Together with Andrade, Dave Ildefonso strives to be a better leader under Baldwin

The Lady Archers’ bench mob proved key as they produced 48 points to the Lady Warriors’ six. La Salle also pounded the paint with 34 inside points versus UE’s 12.

Up next for La Salle is a date against UST in the Final Four.

“Of course, UST is a tough team no,” added Aquino. “We lost to them in the first round. We beat them in the second round so we have to make adjustments na rin. We don’t want (na) umabot pa ng second game… Starting from game one, we want to get this game na.”

On the other hand, UE ended the season in last place with a 0-14 standing.

Terrinal led the Lady Warriors with 15 points and nine rebounds followed by Paule’s 10 points, five rebounds, and three assists. Kone had 22 rebounds to go along with her eight points.

Rendelle Caraig contributed 11 rebounds for the UE cause.