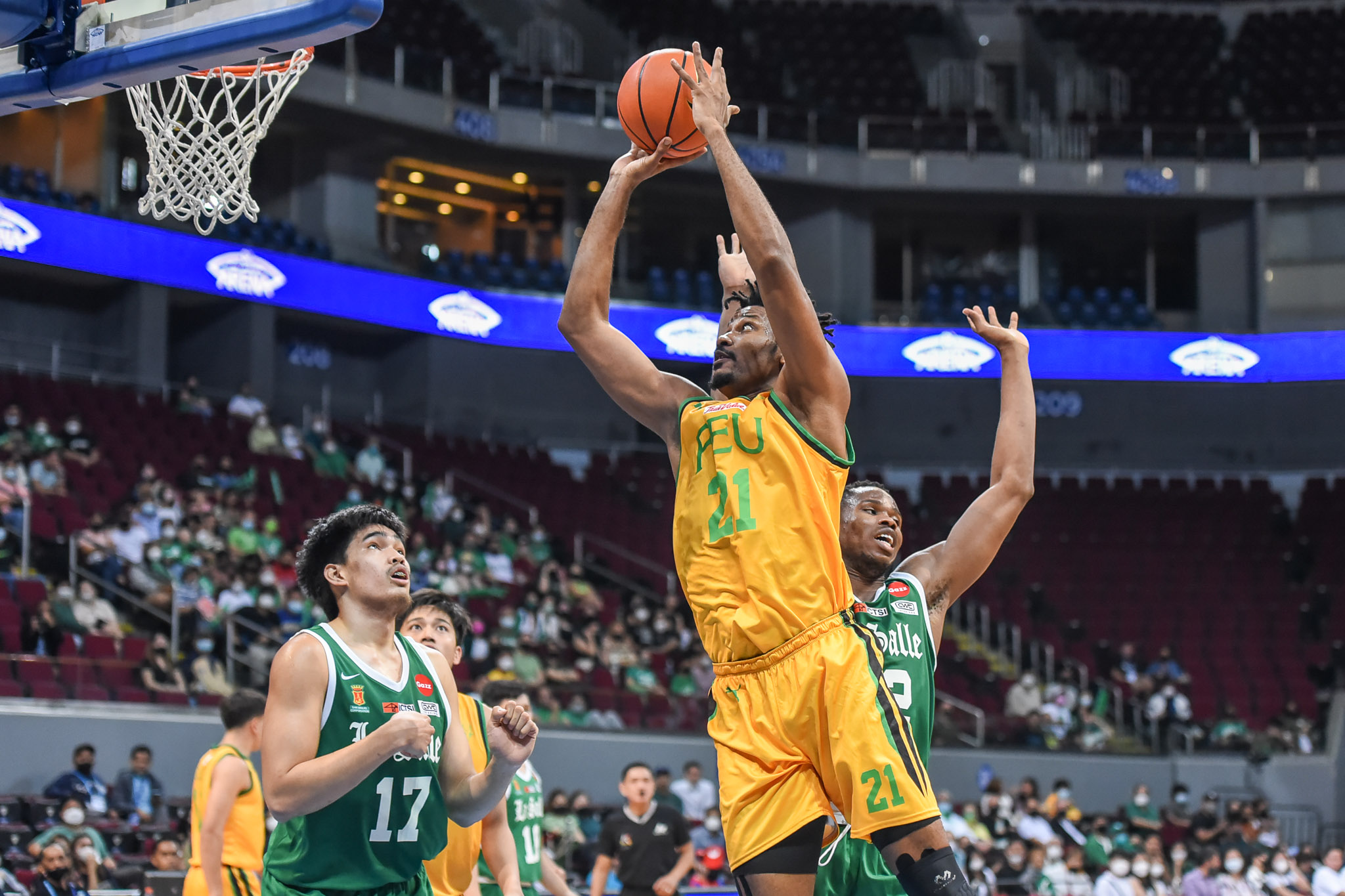 Far Eastern University continues its resurgence, adding undermanned De La Salle University to its list of victims, 57-53, in the UAAP Season 85 men’s basketball tournament at the SM Mall of Asia Arena on Wednesday.

CJ Austria then answered for the Green Archers with a triple with 31.9 ticks to go. Following that, FEU failed to convert on the other end.

With one more chance to tie the game, Austria fumbled the ball in front of Bryan Sajonia.

Xyrus Torres sealed the deal from the line.

“Sinwerte kami because of that situation La Salle is in (five players out) but a win is a win, we’ll take it,” said Tamaraws coach Olsen Racela.

“Grinding out wins helps with the team’s character. Down the line, I think this will help us as long as we stay healthy,” he continued.

FEU got its fourth straight win to improve to 4-5 while La Salle absorbed its third consecutive defeat, sinking to 3-5.

On the other hand, Kevin Quiambao led La Salle with 12 points, eight rebounds, and four assists.

FEU will next play National University on Saturday at the Smart Araneta Coliseum. The Green Archers meet archrival Ateneo de Manila University in the nightcap.