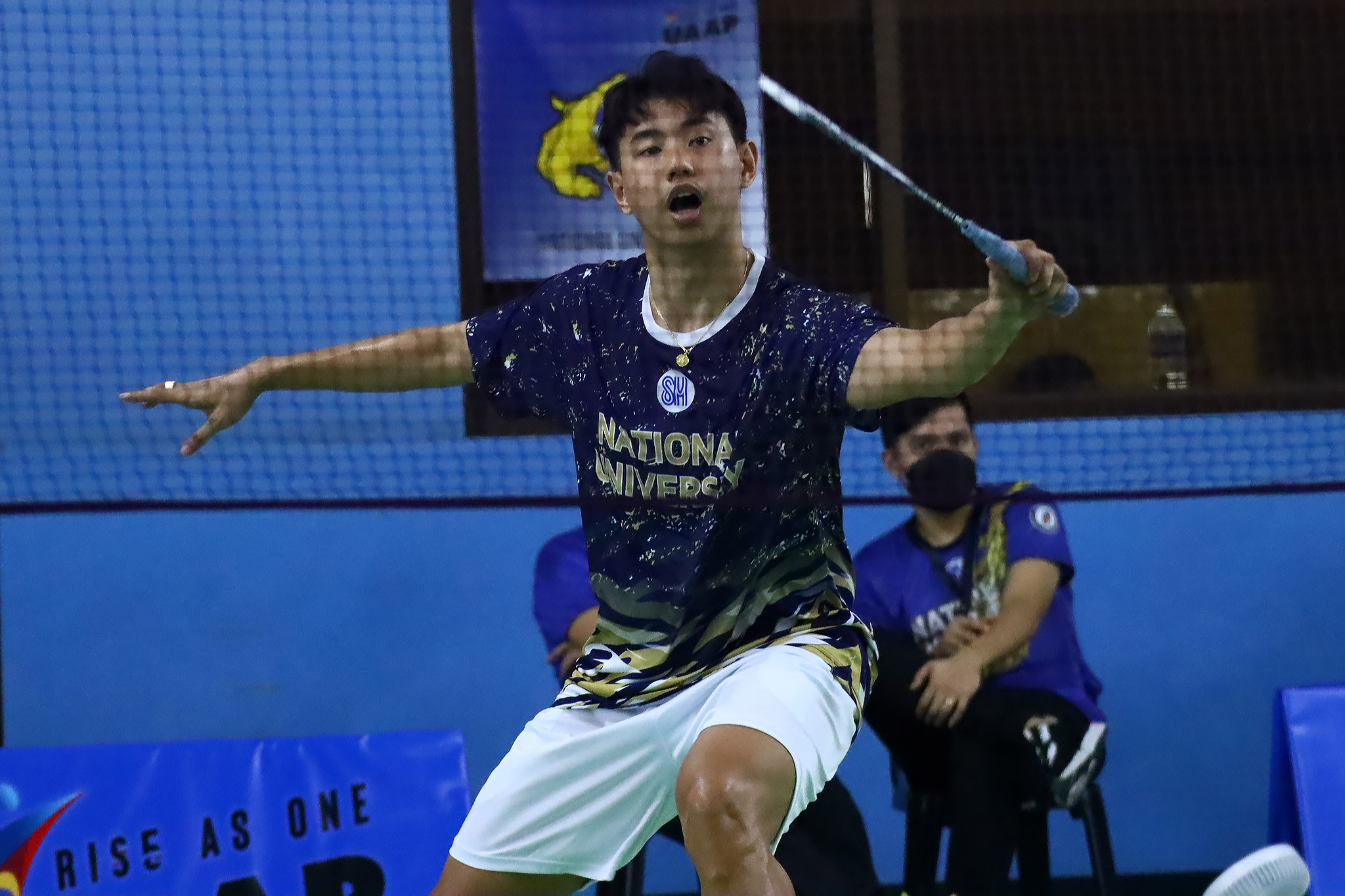 National University sent a strong statement with a convincing sweep of University of Santo Tomas, 5-0, to take its second straight win in the UAAP Men’s Badminton Tournament, Sunday morning at the Centro Atletico Badminton Center in Quezon City.

Setting the tone for the seven-peat-seeking Bulldogs is first-year shuttler Lanz Zafra, who once more dominated the first singles match, 21-13, 21-9, against the Golden Shuttlers’ Lanz Ramirez, in 29 minutes of action.

Fellow rookie Mark Anthony Velasco made it 2-0 off a 21-15, 21-10 sweep of Lennox Cuilao, in the second singles, before national team standouts Solomon Padiz Jr. and Julius Villabrille secure the win against Jacob Galve and JJ Panisales, 21-12, 21-14, in the first doubles.

University of the Philippines, on the other hand, took care of Adamson University, 4-1, to also notch its second win.

Jelo Albo and Jason Vanzuela kept their unblemished records this season as they secure the victory again in the first doubles match at 21-14, 21-9, against Harold Bonilla and CL Garcia.

Ateneo de Manila University joined the Bulldogs and the Fighting Maroons on top after a 4-1 rout of archrival De La Salle University. Captain Arthur Salvado steered his squad to the win after a sweep of his assignments of the day.

The second-year Blue Eagle defeated James Estrada, 21-17, 21-7, in the first singles match, and then teamed up with Lynden Laborte for the first doubles match in a 21-10, 21-15 close-out win over Pete Abellana and Bless Linaban.

#ReadMore  #TheRivalry: Too early for the New Kid?

The Bulldogs and the Fighting Maroons will try to remain on top when they face each other on Saturday at 8 a.m.

Other matches pit Ateneo and Adamson and La Salle versus UST.