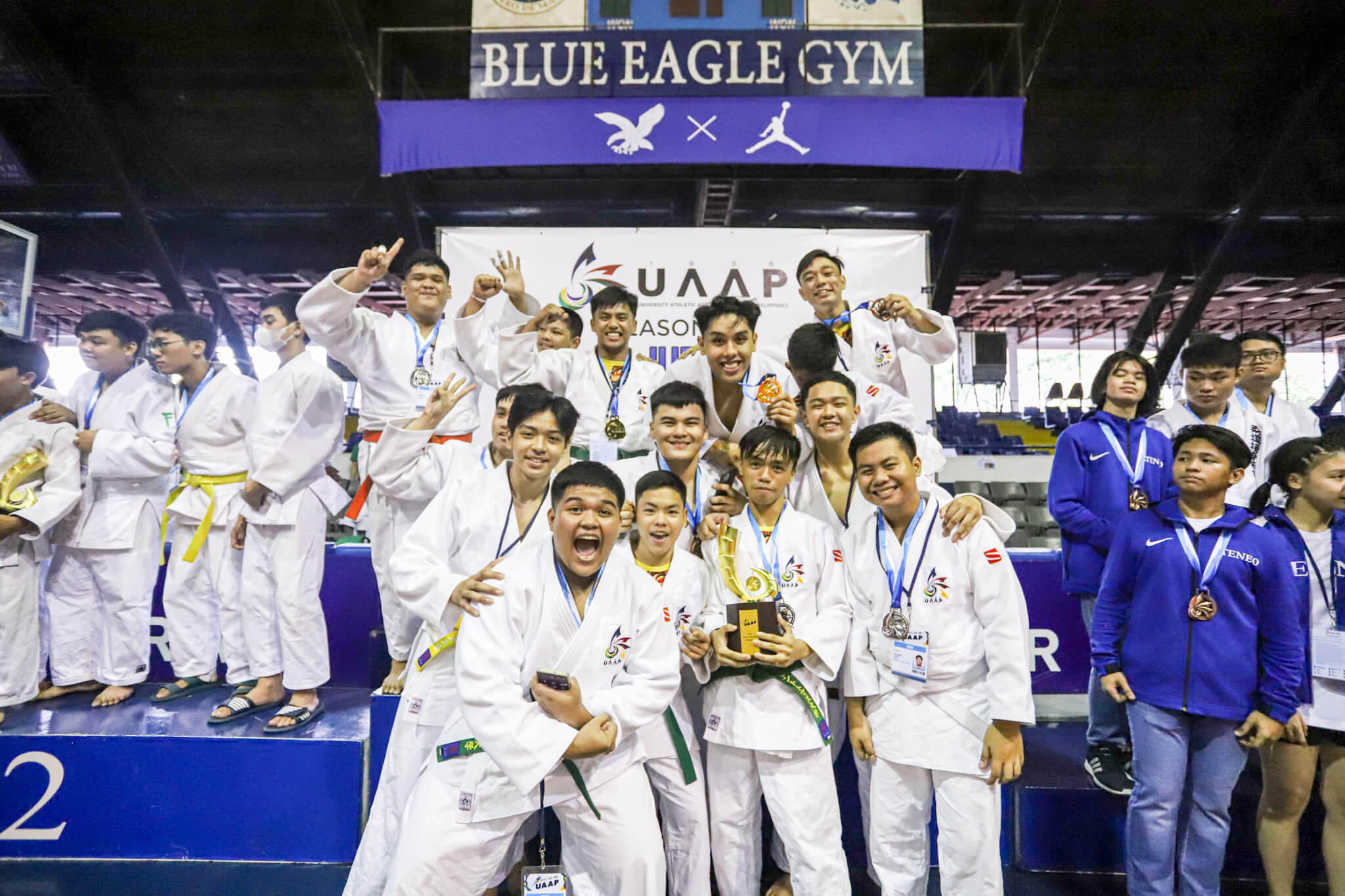 University of Santo Tomas completed a golden double in the UAAP Season 85 High School Judo Championships with a dominant run in the boys’ and girls’ division titles Sunday at the Blue Eagle Gym.

The Junior Male Tiger Judokas captured their sixth straight championship and their seventh overall, while the Junior Female Tiger Judokas reclaimed the tiara — a third one — to end University of the East’s three-season reign.

This is the second double championship for UST in the high school division this season, hiking its total to seven.

On the boys’ side, Fierre Afan and Paolo Oliquino secured the 1-2 finish for UST in the half-middleweight (under-81 kg) to seal the title. Afan eventually took down his teammate Oliquino in the final to take the gold, while De La Salle Zobel’s Elijah Manuel and Ateneo’s Antonio Viologo ended with the bronze medals.

Jay-Ar Suplic’s heavyweight (over-100 kg) gold over partner Adrian Mamuric was the icing on the cake in the sixth consecutive championship of the Tiger Judokas, winning their best-of-three series.

DLSZ’s Sian Guevarra took the other gold of the day after reigning the half-heavyweight (under-100 kg) with a rousing win over UST’s Vaughn Pijuan in the final. Kyan Ballecer of UST and Kian Matienzo of Ateneo rounded up the said division’s rostrum.

The Junior Green Judokas ended with the runner-up finish with 22 points, while Ateneo nosed out UE with nine markers for third place.

Half-lightweight (under-66 kg) champion John Patrick De Tomas of UST was hailed as the Most Valuable Player, while featherweight (under-55) silver medalist Yngo Ramos of DLSZ was awarded as the season’s top rookie. 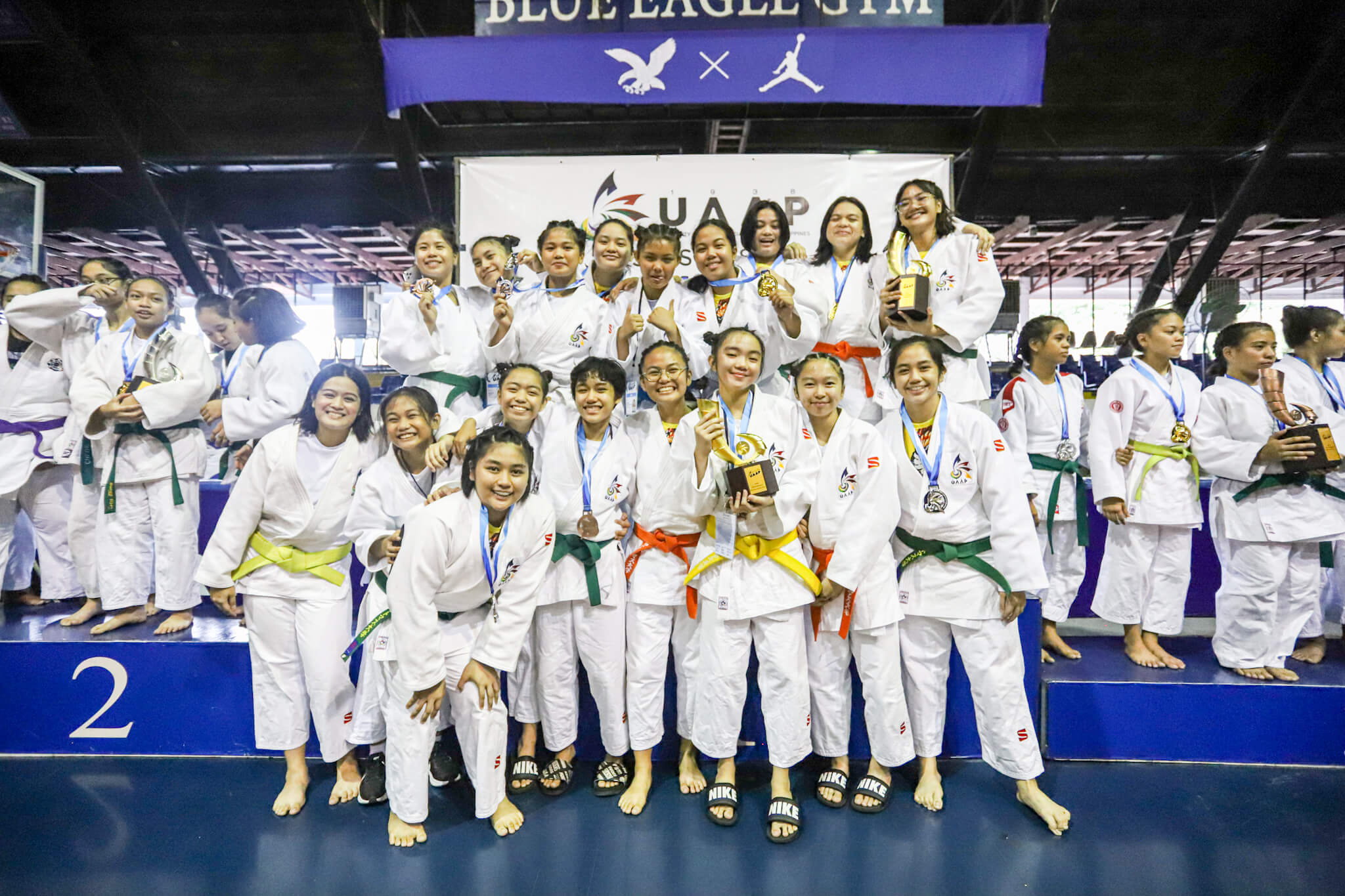 With its first day showing as a buffer, Oonah Benavidez took UST’s lone gold medal on the final day, enough to secure the title.

Benavidez garnered the lightweight (under-57 kg) title against the challenge of Jhen Rose Obena in the final match, as Beverly Compra of DLSZ and Ysabel Cunanan of UST took the bronze medals.

Tala Tadeo and Zoey Itliong helped carry the Junior Lady Green Judokas to the runner-up finish with the golds in the extra-lightweight (under-48) and in the half-lightweight (under-52 kg), respectively. DLSZ eventually nosed out UE, 18 points to 15.

Tadeo closed out Mikaela Palima of UE in their final, while Itliong took care of Abigail Morales in their own gold medal clash, to take the wins for DLSZ. Eventual Rookie of the Year Armilene Cortez of UST and Alexza Gatdula of UE took the bronzes in the under-48 kg class, as April Shawn of UST bagged the lone bronze in the under-52.

Dennice Tan bagged the other gold for the former three-peat champions UE in the featherweight (under-44) class after defeating Ianna Caviteno of UST in the final. UST’s Elyssa Cao and UE’s Quency Alcala completed the podium.

Half-heavyweight (under-78 kg) winner Janika Quizon was awarded the top athlete in the girls’ division.