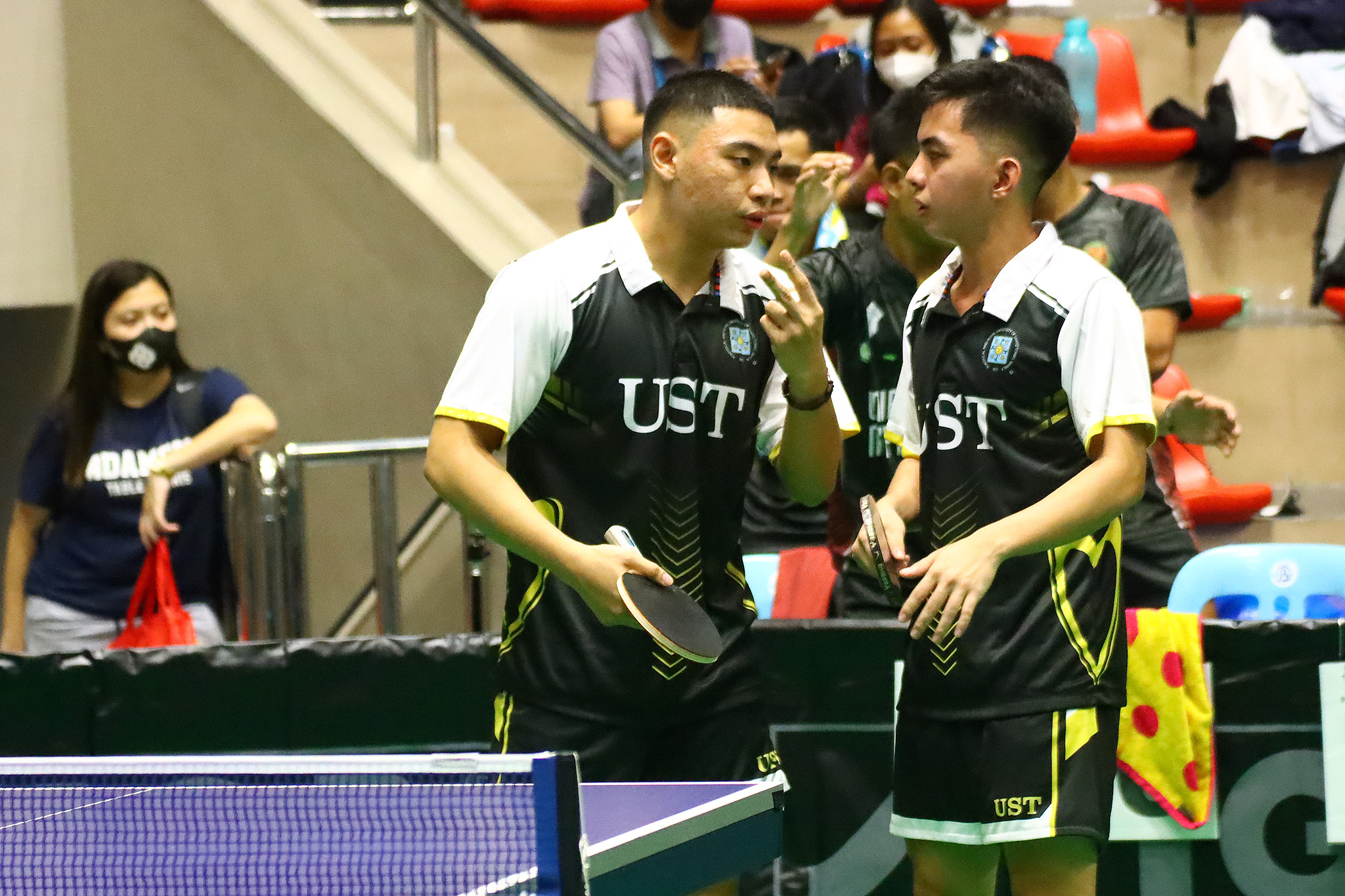 University of Santo Tomas and De La Salle University swept the eliminations of the men’s and women’s divisions, respectively, to enter the best-of-three Finals of the UAAP Season 85 Table Tennis Tournament, Thursday at the Makati Coliseum.

Manny De Leon and Prince Garcia steered the reigning champions Tiger Paddlers into the outright finals berth after completing a 3-0 sweep of Far Eastern University. The doubles pair took down Ram Balanquit and Arvin Morales, 11-4, 11-8, 11-6, for the 12-0 win-loss record.

Andrew Uy pulled through in his assignments of the day, including the win against Green Paddler Dino Gabriel Marcelo, 11-6, 11-6, 4-11, 11-8, in the third singles match against La Salle.

La Salle and Adamson will battle in the first round of the stepladder playoffs after finishing tied at third with identical 7-5 records.

On the other hand, the Lady Green Paddlers needed to fend off Adamson in its last tie of the elims, 3-2, to round up the 12-0 sweep.

The Blue Eagles also made the semifinals outright with a solid 3-0 sweep of defending champions UST with Kathleene Bulaqueña and Ana Calvo taking the doubles rubber, 11-9, 11-9, 11-5, against Kathlyn Gabisay and Leigh Villanueva.

The Lady Paddlers will battle Far Eastern University in the first round of the stepladder of the women’s side.

The stepladder semifinals begin on Friday, with the winner facing Ateneo in a one-tie playoff for a place in the Finals.