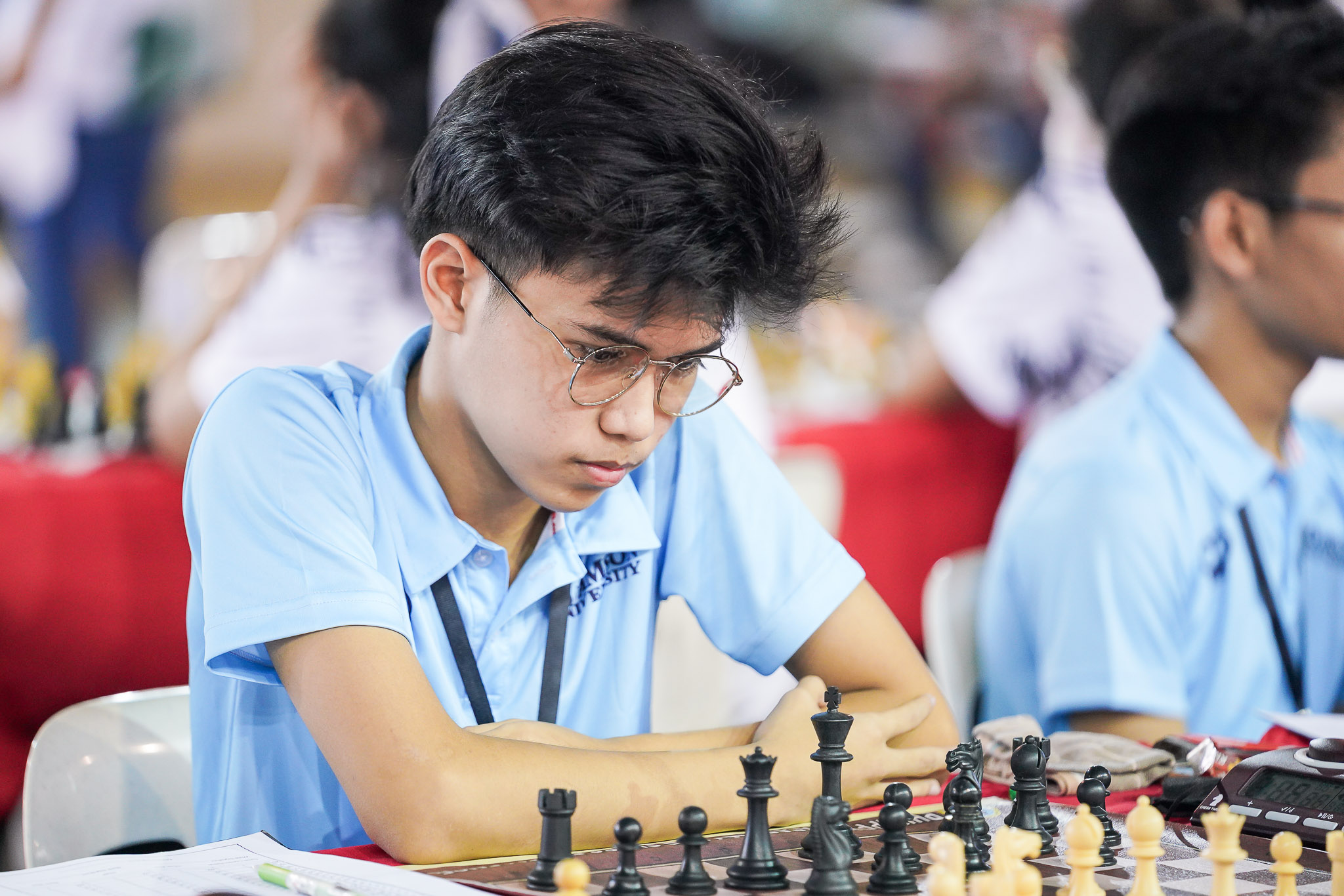 Adamson University scored a crucial 4-0 shutout of Ateneo High School in Round 4 to take the top spot in the UAAP Season 85 Boys’ Chess Championships, Wednesday at the FEU Tech Gym in Manila.

Adamson upped their total to 9.5 points and leapfrogged both Far Eastern University – Diliman and University of Sto. Tomas, with both tied for first after Round 3. It later settled for a 2-2 deuce in Round 4.

Dustin Mackenzie Herrero also remained unbeaten in Board 4 with two wins and a draw.

Janmyl Dilan Tisado and John Rocel Simon successfully bounced back from their Round 2 losses to help Adamson.

Ateneo closed out the first half of the season at the 4th spot with 5.5 points.

On the other boards, FEU-D and UST finished in a 2-2 draw as they continue to stay in a tie with 8 points apiece.

FEU actually took the first blood after Cyrus James Damiray (Board 4) played superbly with the black pieces, dispatching Ronald Dableo II in just 18 moves of the Queen’s Gambit followed by beautiful tactical play by Franklin Loyd Andes in the d-file that forced Francis Apollo Magpily to resign after the 29th move.

But UST’s top players executed accurate endgame plays with Karlycris Clarito Jr. (Board 1) emerging on top of a rook and pawn endgame after a lengthy 83-move battle against Christian Marcelo Olaybal while Emcel Jules Gadut secured a win after 77 moves of the Sicilian Defense with the white pieces to salvage a draw for UST.

Adamson and UST will dispute the top spot in Round 5 while FEU will close out their season against cellar-dwelling De La Salle – Zobel who has yet to register a win in any board this season.