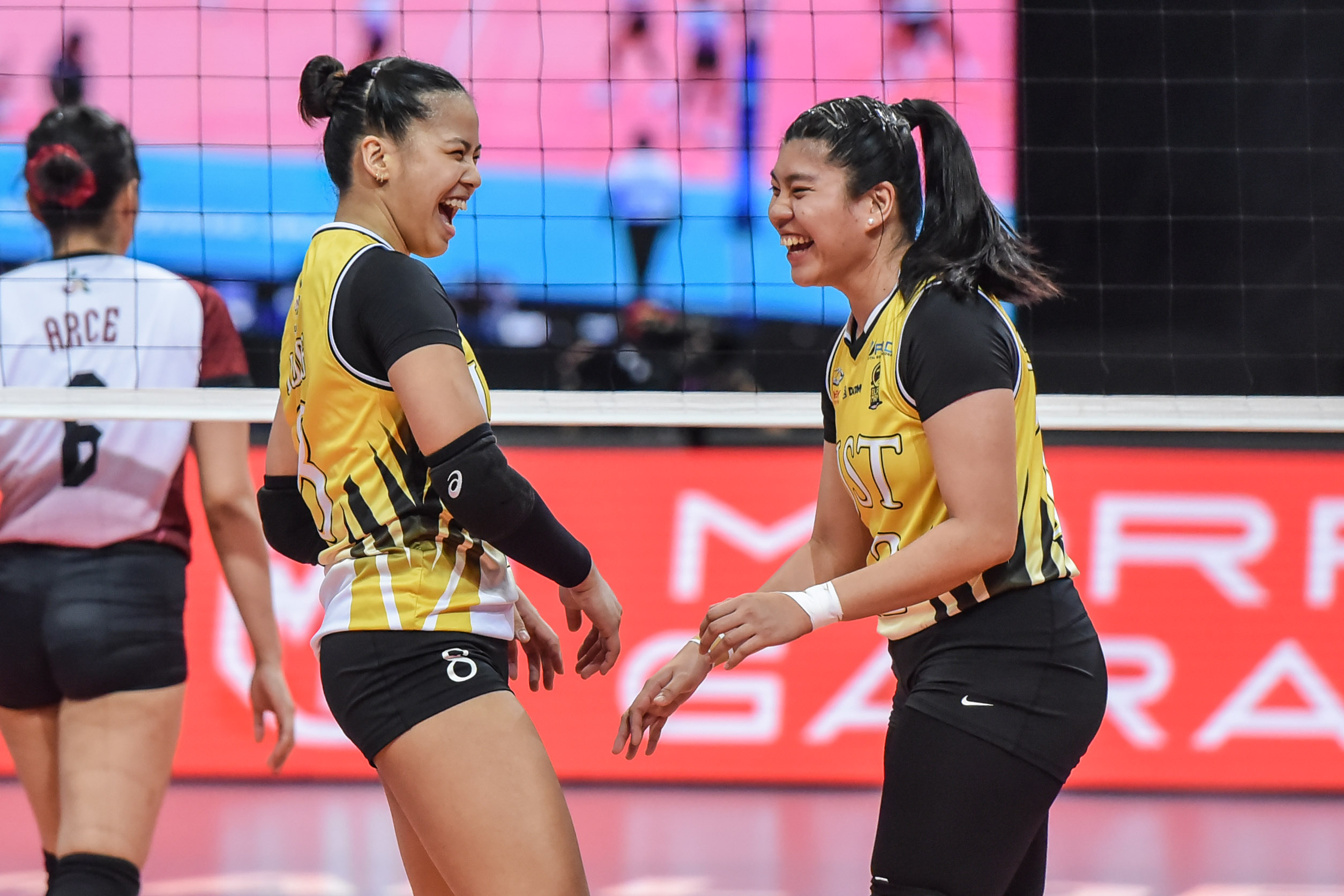 University of Sto. Tomas avenged its first-round loss against University of the Philippines, taking a 25-20, 18-25, 26-24, 25-23 victory for its fourth consecutive win in the UAAP Season 84 women’s volleyball tournament, Saturday at the SM Mall of Asia Arena in Pasay City.

The Golden Tigresses were already on their way to secure the game but Eya Laure, who has been stellar for UST all game long, committed three consecutive attack errors which put the Fighting Maroons to within one, 24-23, in the fourth set.

Finally, on her fourth try, Laure finally punched one in to seal the team’s seventh victory in nine games which solidified its hold of the second spot in the standings.

Despite the late-game hiccup, Laure still ended up with 25 big points to go along with 20 excellent receptions for the Golden Tigresses. This is her fifth 20-point performance of the season.

#ReadMore  UP fends off Saint Benilde to go to 2-0

The Golden Tigresses missed the services of Magi Mangulabnan, who is still recovering from a concussion she suffered in the team’s previous match against Adamson. Mangulabnan’s face hit the floor trying to save the ball in the fifth frame.

On the other hand, Jewel Encarnacion spearheaded UP, who remained at the sixth spot with a 4-5 standing, with 18 points and 13 excellent receptions. Helping her out are Alyssa Bertolano with 15 points and 17 excellent digs and Irah Jaboneta with 13 points, 14 receptions, and nine digs.

With the game tied at 1-all, the Golden Tigresses put up a valiant fight in the third frame that saw them save three match points, 21-24, and end the set with a fiery 5-0 blast for a 2-1 advantage.

UST will take on Ateneo next on Tuesday at 10:00 AM while University of the Philippines will try to bounce back against La Salle at 4:00 PM.