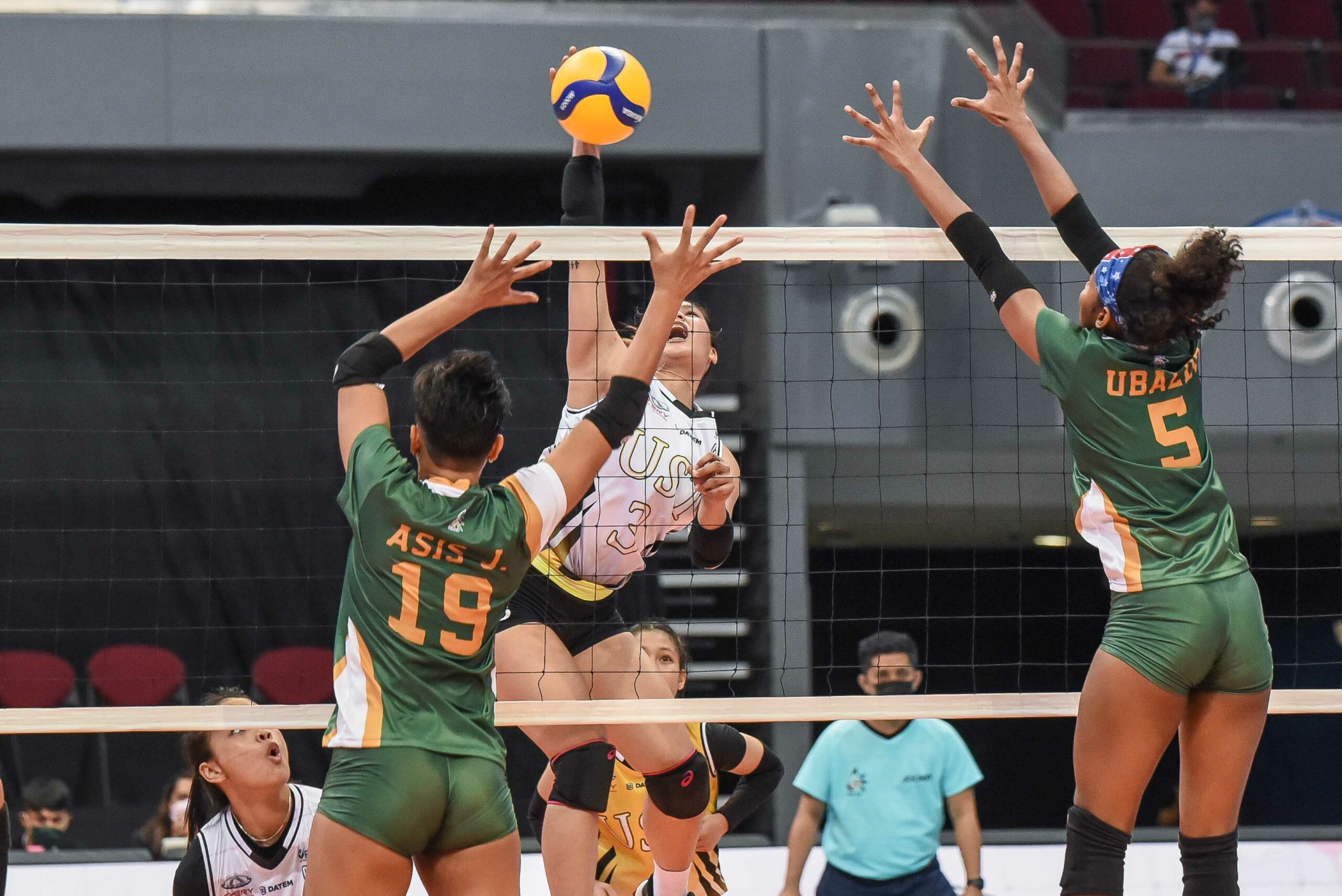 Eya Laure and Camille Victoria joined hands in University of Santo Tomas’ sweep of Far Eastern University, 25-23, 25-20, 25-21, in the opening match of the UAAP Season 84 women’s volleyball tournament, Thursday at the SN Mall of Asia Arena in Pasay.

Eya Laure finished with 14 points – 13 of which coming from attacks – along with nine excellent digs while Cams Victoria converted 11 attacks for 12 points in the win that gave the Golden Tigresses an early advantage in the standings.

Magi Mangulabnan delivered two consecutive aces while Eya Laure put on the finishing touches in a 5-1 rally that handed the Golden Tigresses their biggest lead of the set at 10 points, 17-7, in the third and final set.

The Lady Tamaraws did not go down without a fight with Jean Asis delivering a quick to slice UST’s advantage to just four, 18-22. However, that proved to be it for FEU as Laure and Ysa Jimenez punched in the finishing blows.

UST lost Imee Hernandez in the middle of the opening set with the score at 12-9 after a bad landing caused her to sprain her left ankle. 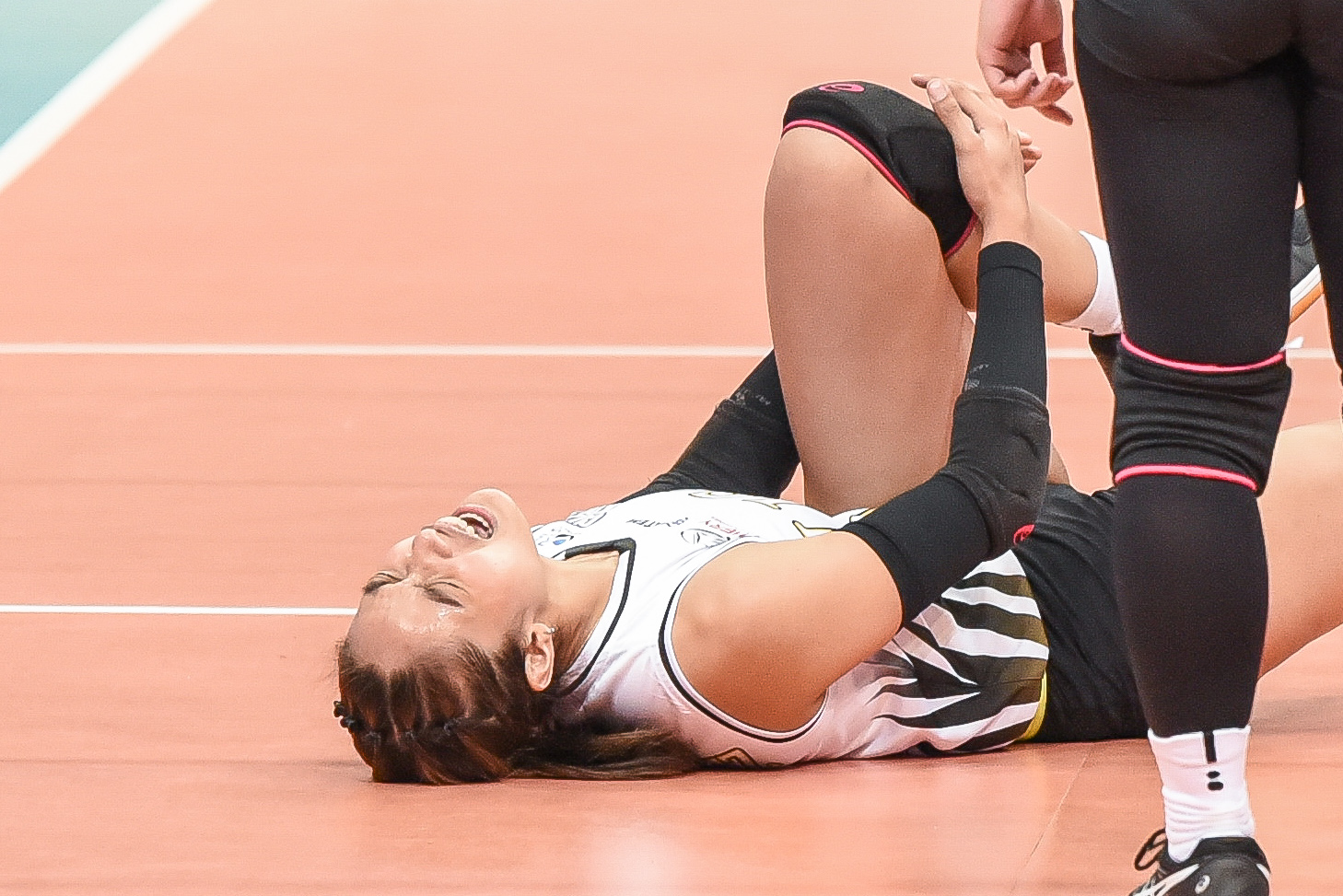 UST almost fumbled a four-point lead before Laure took over and punched the last two points for the 1-0 lead.

The Golden Tigresses then went on a hot 8-0 start in the second frame and led by as much as nine points before the Lady Tamaraws tied the scores at 15-all. Laure once again came up for her side, sealing the last two points for UST.

Hernandez had four points before sitting out the entire match while Kecelyn Galdones also had four. Mangulabnan dished out 15 excellent sets for the Golden Tigresses to go along with four markers as Bernadette Pepito had 12 excellent digs and nine excellent receptions. 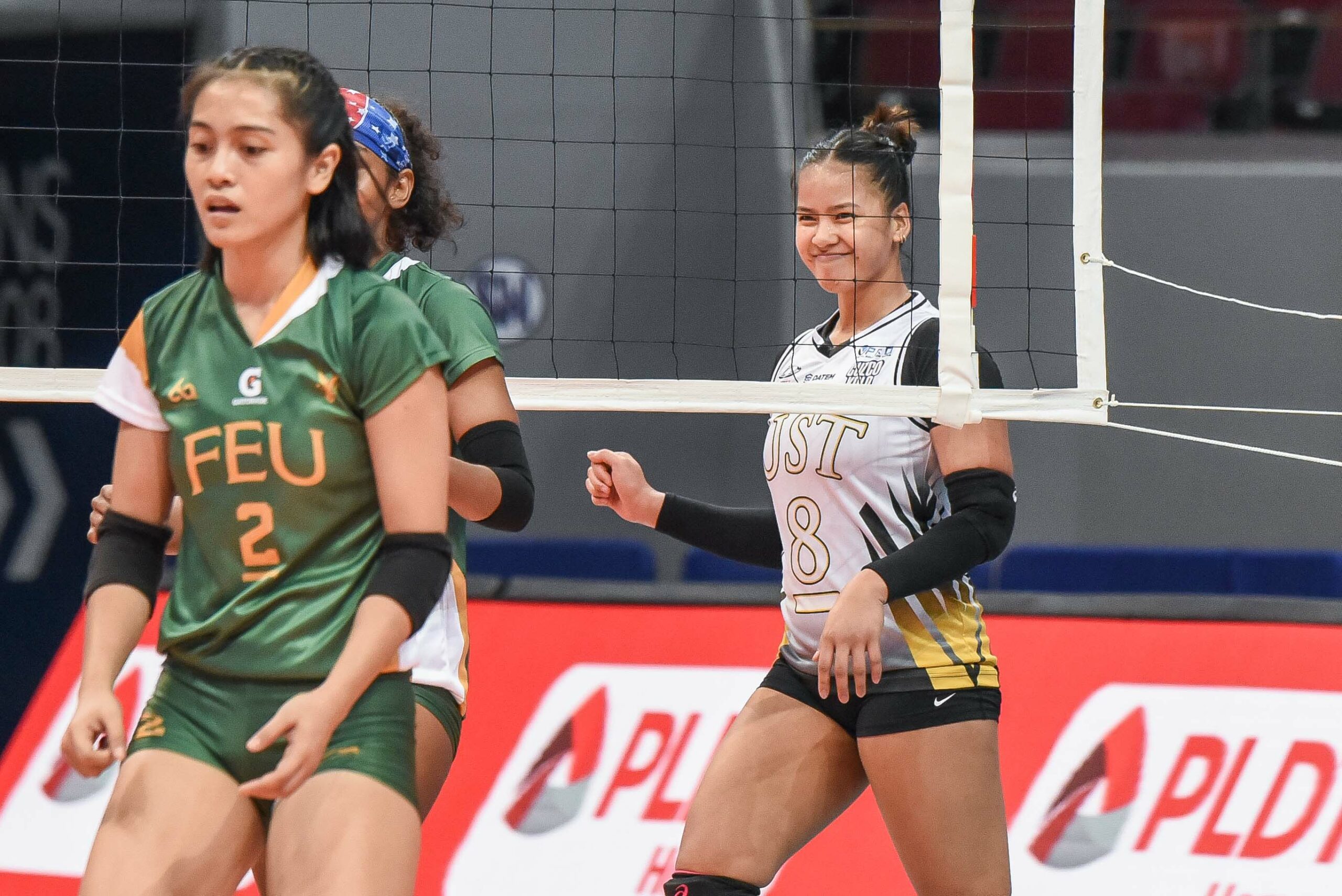 On the other hand, no player reached double-digits in scoring for the Lady Tamaraws with Lycha Ebon punching in nine points along with six excellent digs. Nikka Medina added eight markers while Chenie Tagaod had seven points.