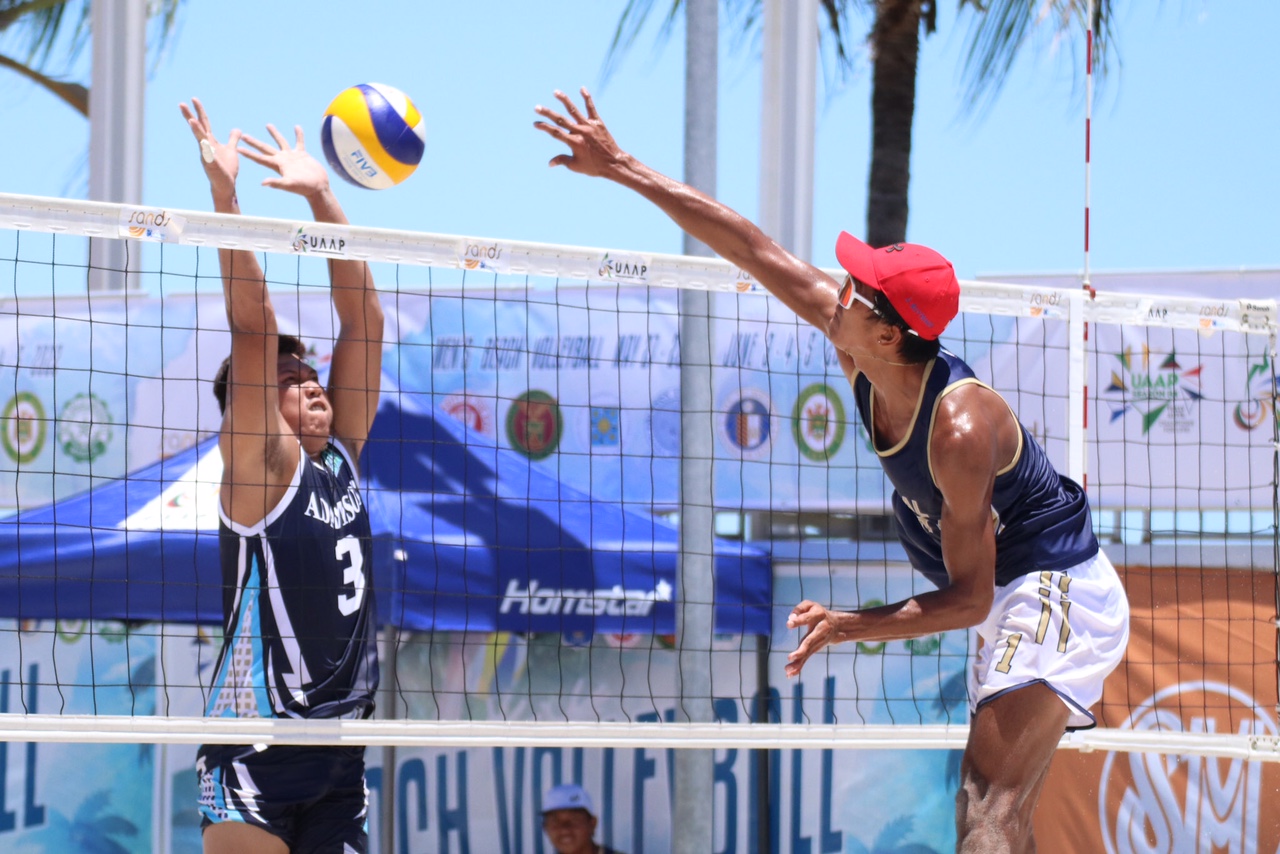 National University and University of Santo Tomas cruised past their respective foes to secure the two twice-to-beat slots in the UAAP Season 84 men’s beach volleyball Final Four, Friday at the Sands SM by the Bay.

The Bulldogs’ James Buytrago and Pol Salvador finished the first round with five straight victories with a 21-9, 21-9 dismantling of Adamson University’s Francis Casas and Aaron Mirador. 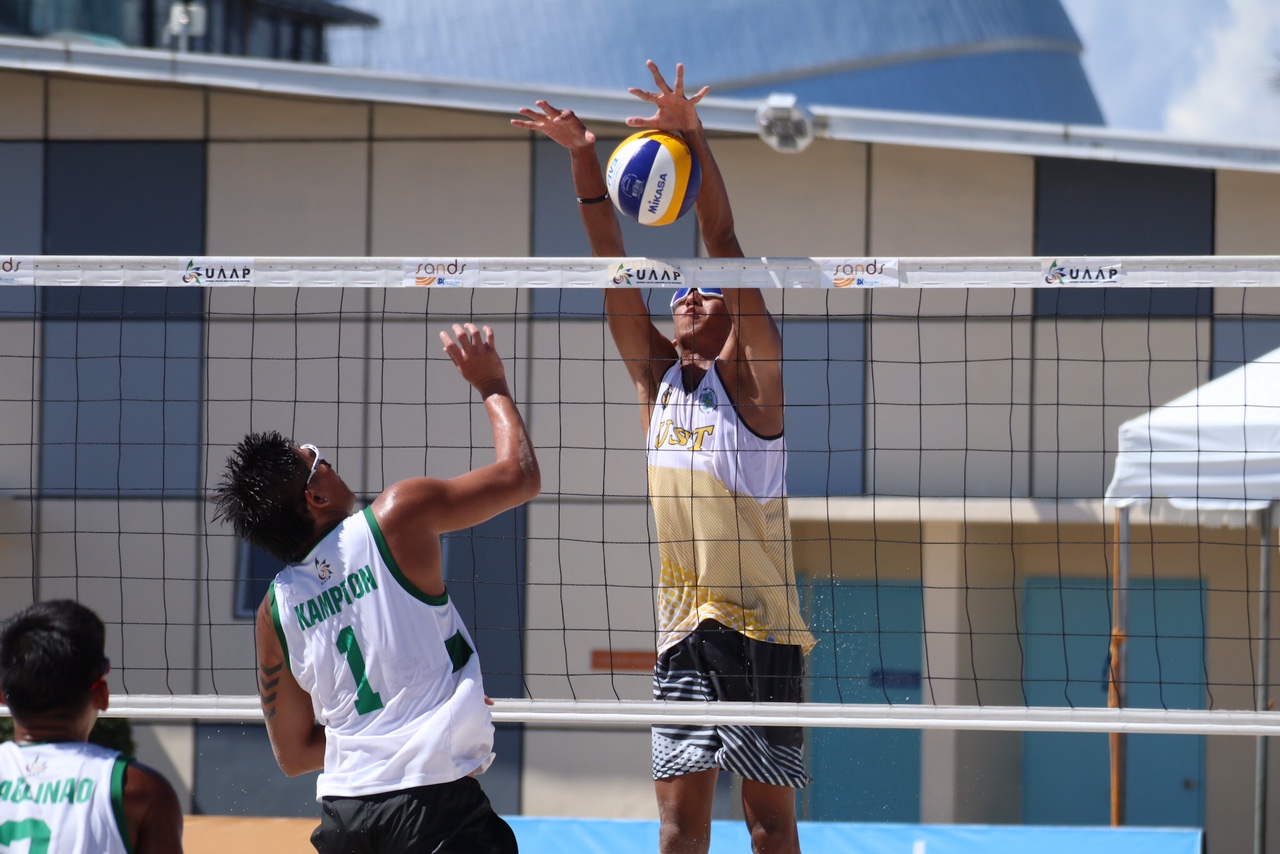 NU will face University of the Philippines, which eliminated Ateneo, 21-12, 21-16, to secure the No. 4 ranking, in the Final Four Saturday, where UST and La Salle will meet anew, this time for a spot in the championship match.

The Bulldogs and the Tigers need only to win once to make it to the title game set Sunday.

If the Fighting Maroons and the Green Archers prevail, the knockout matches will be played later in the afternoon. 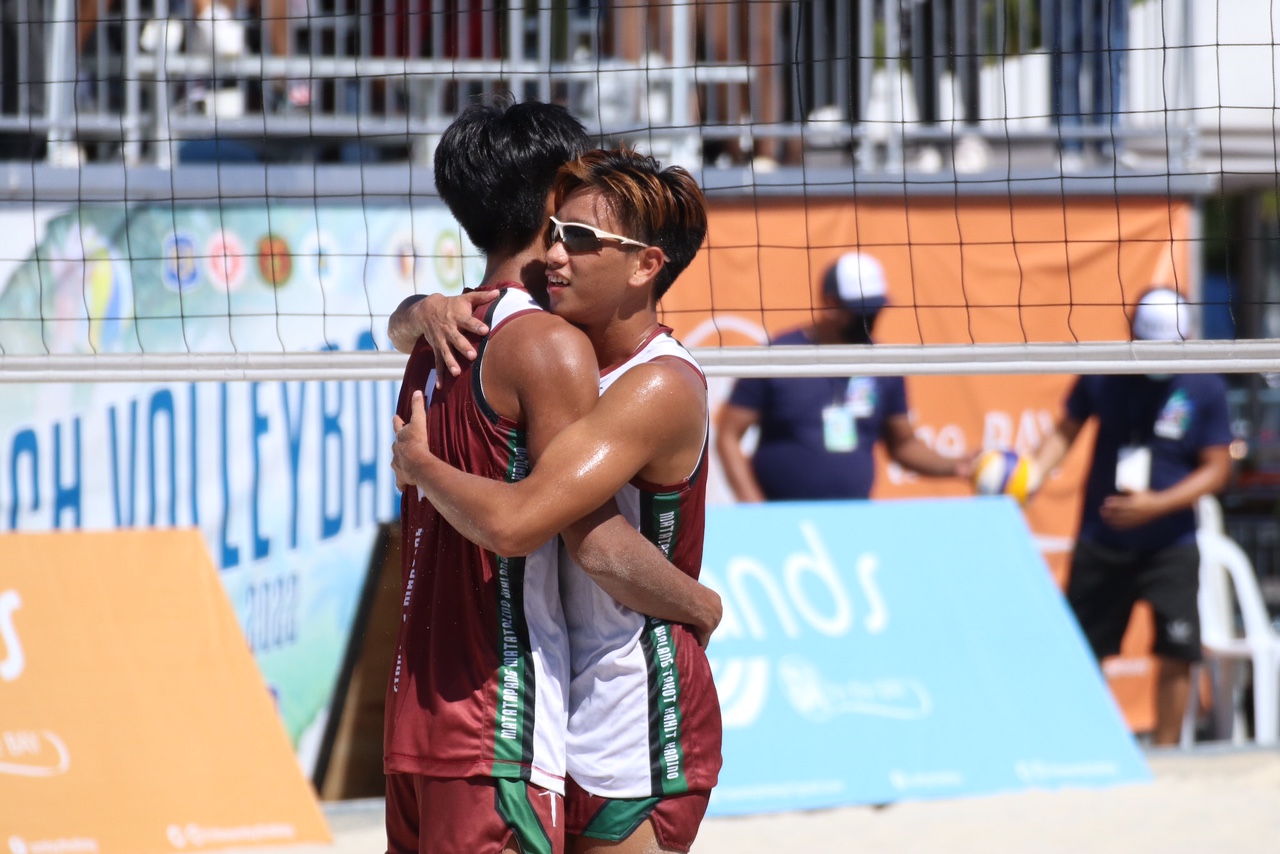 Louis Gamban and Dan Nicolas were able to save UP’s season with a 21-16, 17-21, 19-17 victory over Far Eastern University’s Jelord Talisayan and Martin Bugaoan. The Maroons ended up tied with the Blue Eagles at 3-3 to force a playoff for the remaining Final Four slot.

The Tamaraws and the Falcons finished their campaigns with 1-6 and 0-7 records, respectively.