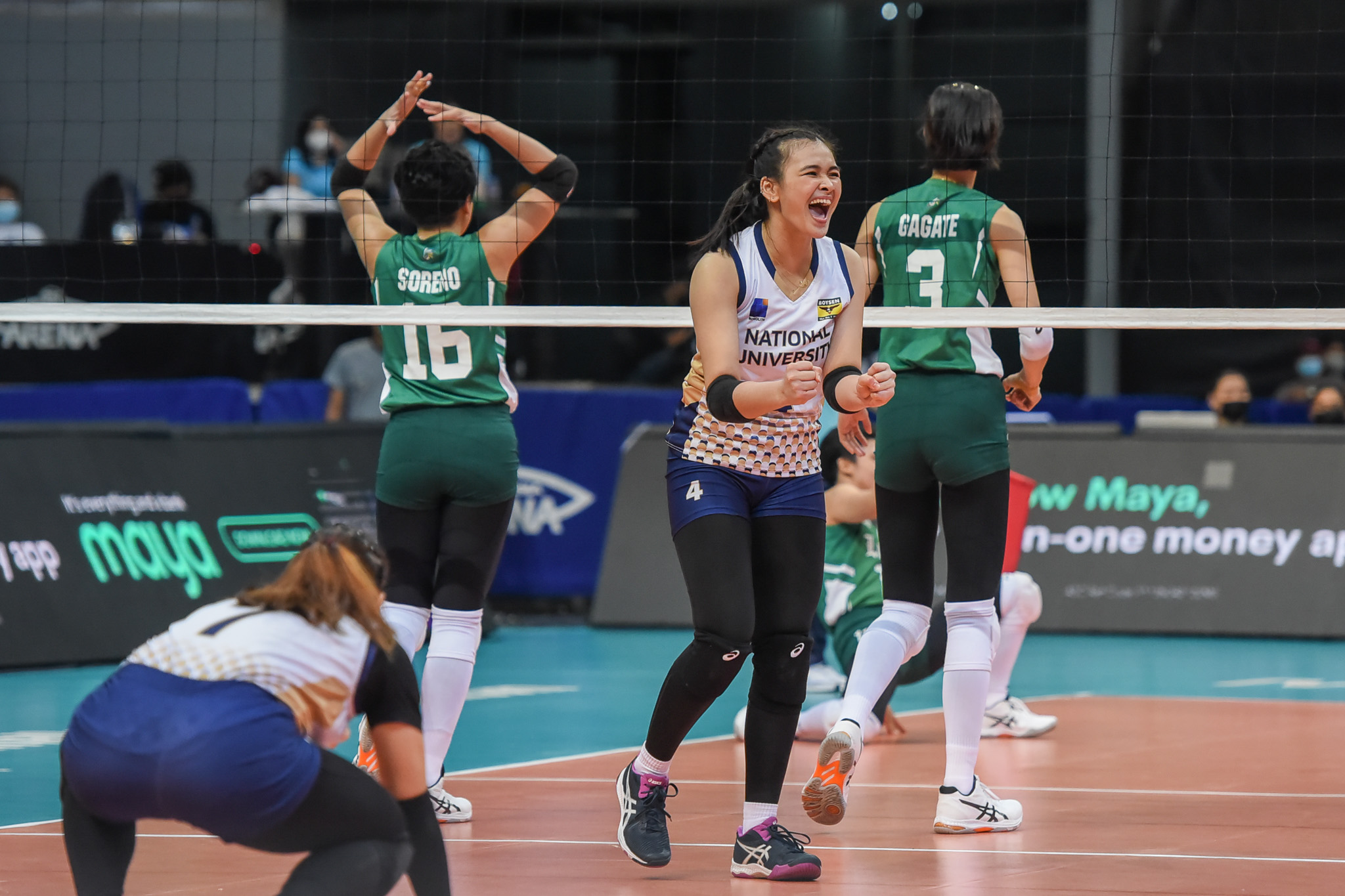 National University moved on the cusp of the UAAP Season 84 women’s volleyball championship and a tournament sweep, staging a masterclass against De La Salle University, 25-20, 25-12, 25-21, in Game One of the best-of-three finals, Saturday night at the SM Mall of Asia Arena in Pasay City.

The Lady Bulldogs will try to earn their first title since 1957 on Tuesday, 6:30 pm, at the same venue.

The Lady Spikers fought back in the third period, keeping it close until the end, trailing by just two, 20-22.

However, Alyssa Solomon just hammered back-to-back powerful hits via a crosscourt kill and a backrow attack for the match point. She committed a service error in the ensuing play though but Mhicaela Belen finished the game, 25-21.

Knotted at seven in the first salvo, NU went on a 9-2 blast, capped by La Salle rookie Alleiah Malaluan two errors, to pull away, 16-9, en route to a 25-20 scoreline for the early lead.

It was the same midway blitz for the Lady Bulldogs that let them run away in the second frame, going on a 16-5 surge to masterfully move a set away from a sweep, 25-12.

NU, despite being plagued by errors, dominated all departments, especially the blocking and serving categories, 11-3 and 8-2, respectively.

#ReadMore  After doing the improbable in Amman, Barbosa looks to do the impossible in Tokyo

Belen and Solomon topscored for the Lady Bulldogs with 15 points apiece with two service aces each, while the former added 13 excellent receptions.

Cess Robles and Ivy Lacsina chimed in 12 points apiece with the latter outscoring La Salle alone in the blocking department, 5-3.

The Lady Spikers were checked all throughout with Leila Cruz as their highest scorer with just six points.

Fifi Sharma, Jolina Dela Cruz, and Malaluan had five points each as well in the straight-sets defeat that lasted for just an hour and 26 minutes.