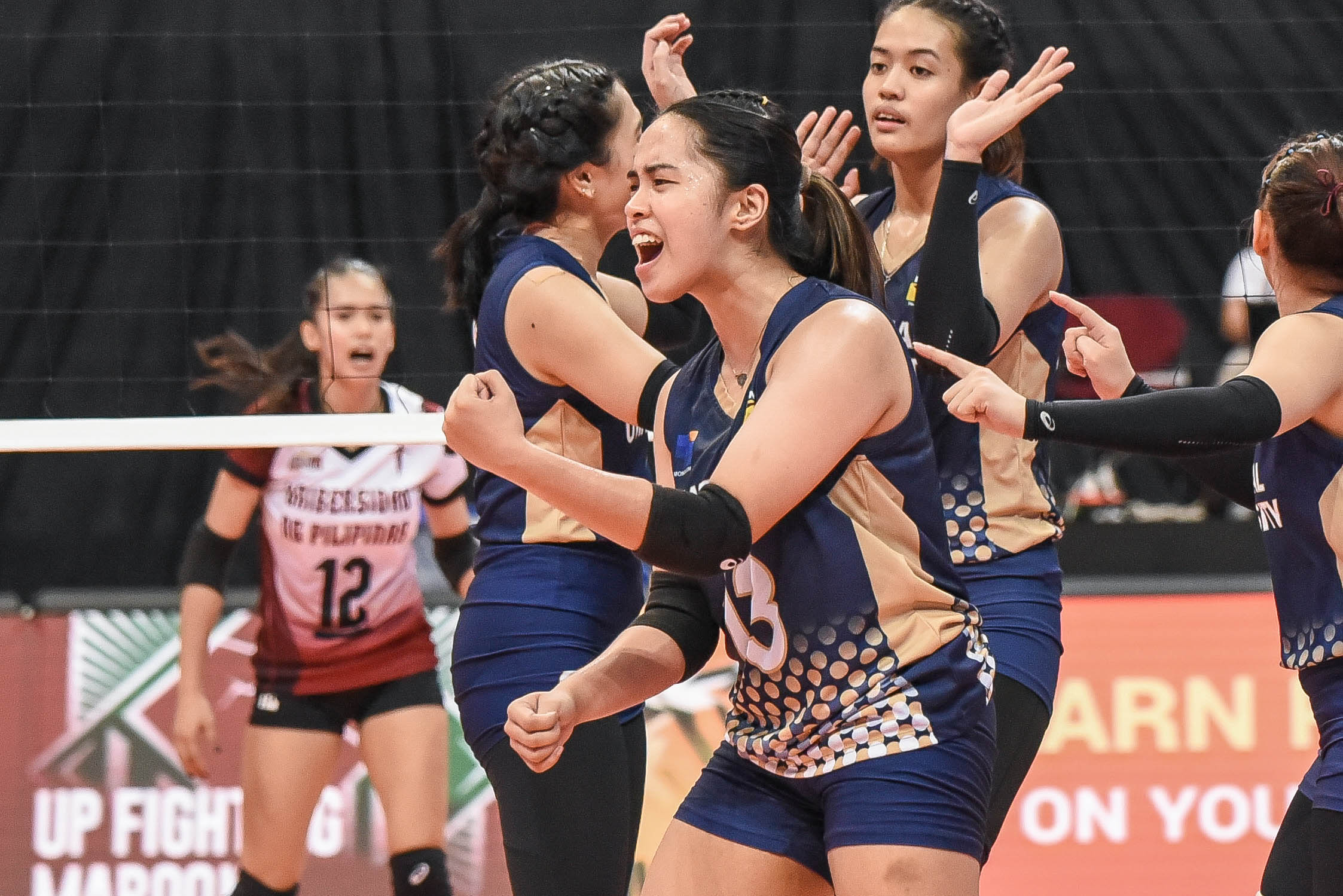 National University extended its unblemished streak to seven games – its best start in school history – after dominating University of the Philippines, 25-10, 25-20, 25-15, in the UAAP Season 84 women’s volleyball tournament, Thursday at the SM Mall of Asia Arena in Pasay City.

The Lady Bulldogs’ previous best start was 6-1, achieving the feat during Seasons 76 and 80.

UP zoomed to a 6-1 start in the third set, but the ever-composed NU responded with a 20-5 counter-blitz to build an insurmountable 21-11 lead en route to the win.

After a forgettable first frame, the Fighting Maroons were able to keep in step with NU in the second, trailing by just three late, 20-23 after a 5-1 UP run but Cess Robles and Erin Pangilinan closed the door with back-to-back hits to move a set away from the sweep.

Mhicaela Belen led the balanced attacks for the Lady Bulldogs with 13 points, all from attacks, while Robles chimed in 12 points of her own.

Middle blocker Ivy Lacsina gathered 11 points while libero Jen Nierva held the fort in defense with 17 excellent digs and seven excellent receptions. She even scored a point off a free ball.

After a hot three-game winning streak to start the tournament, the Fighting Maroons dropped their next four to fall to 3-4 at sixth.