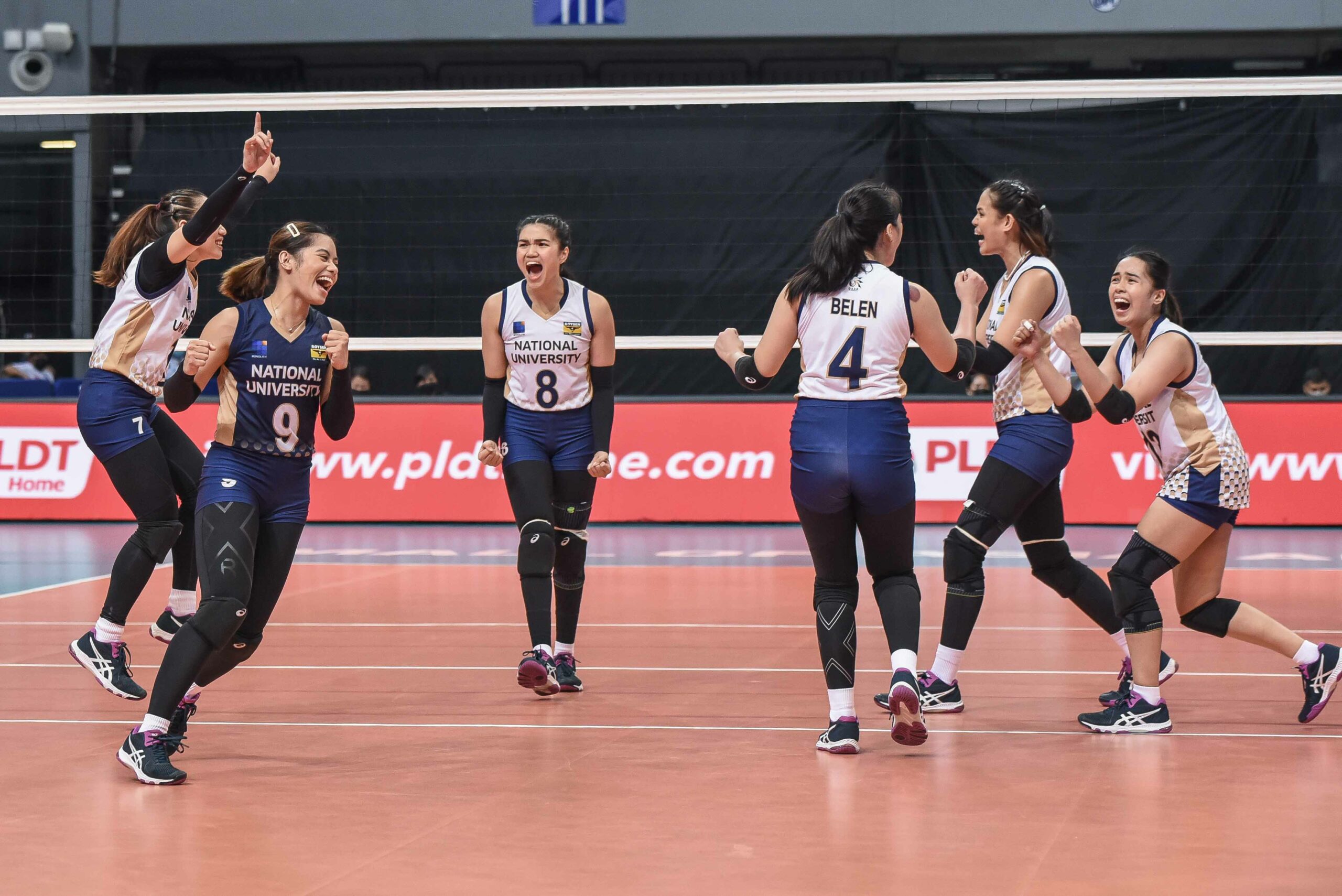 National University completed its 14-game sweep of the elimination round after beating University of Sto. Tomas, 25-22, 29-27, 25-17 to gain an outright finals spot in the UAAP Season 84 women’s volleyball tournament, Thursday at the SM Mall of Asia Arena in Pasay City.

NU became the fourth team in the Final Four era to complete a 14-match elimination sweep after La Salle in Seasons 66 and 76 and Ateneo in Season 77. The Lady Bulldogs’ win also denied the Golden Tigresses a playoff for the second seed against De La Salle University.

Princess Robles led the way for the Lady Bulldogs with 13 points while Mhicaela Belen had 12 points, 21 excellent receptions, and 11 excellent digs. Also putting up 12 points was Alyssa Solomon while Sheena Toring had 11.

Camilla Lamina dished out 30 excellent sets in just three sets of play while Jennifer Nierva had another steady outing with 15 excellent receptions and 13 digs.

After playing in two tight sets, NU just popped off in the third set and built a huge 10-point lead, 17-7, off a Robles hit to pull away from UST.

The Golden Tigresses got close to within six, 17-23, after Ysa Jimenez converted three consecutive hits. However, she committed an attack error in her fourth attempt that put the Lady Bulldogs at match point. Robles then ended the game with another conversion.

With their once five-point advantage in the first set trimmed down to just one, 23-22, NU leaned on Alyssa Solomon and Mhicaela Belen to bag the opener. The team then took the extended second set in come-from-behind fashion to put up a 2-0 lead over the Golden Tigresses.

Eya Laure was the lone double-digit scorer for UST, who entered the stepladder playoffs at the third spot off a 9-5 standing, with 13 points to go along with 11 excellent receptions and eight digs.

Ypril Tapia had six points and 10 excellent receptions while Janine Balcorta and Camille Victoria had five and four points, respectively.