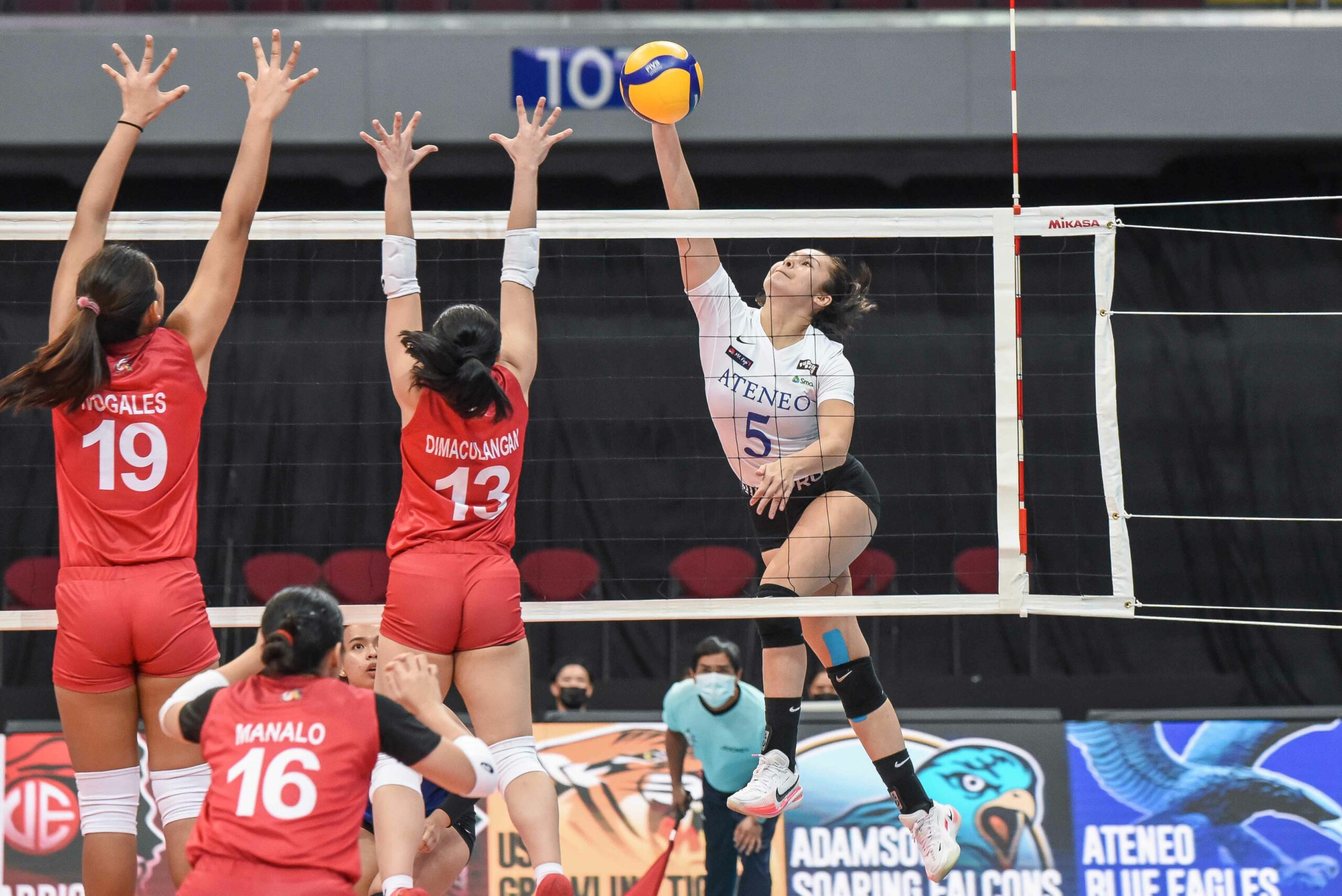 Ateneo de Manila University picked up its third-straight win in the UAAP Season 84 women’s volleyball tournament after beating University of the East in four sets, 25-14, 20-25, 25-11, 25-14, Tuesday at the SM Mall of Asia Arena.

“We’re not counting the streak e, we just want to be better every game and this game is not different from the other games we have to prepare rin for UE,” said Ateneo head coach Oliver Almadro. “We know for a fact naman na lumalaban talaga sila and ‘pag hindi mo binantayan yung counter attack nila, they will really hit on you like what happened on our second set.”

Carrying their momentum from the third set, Ateneo entered the second technical timeout of the fourth frame with a seven-point, 16-9 advantage off a Jheycel Delos Reyes rejection on Rhea Manalo. The Blue Eagles led by as much as 12, 23-11, off an Erika Raagas off-speed hit before Vanie Gandler put up the finishing touches.

Raagas and Joan Narit each had nine points for Ateneo while Jaja Maraguinot collected 24 excellent sets to go along with three points and eight excellent digs.

On the other hand, the Lady Red Warriors suffered a huge blow with Ja Lana suffering an injury in the fourth frame due to a bad fall after a block attempt. Just a week ago, Apple Lingay also went down after injuring her right ankle against FEU.

Lana led the Lady Red Warriors with 13 points and nine excellent receptions while Dara Nieva added 12 points and 10 excellent digs for UE, who fell to a 0-6 hole.

Ateneo will end the first round against University of Santo Tomas on Saturday at 4:00 PM while UE looks to snag its first win against Adamson University at 10:00 AM.