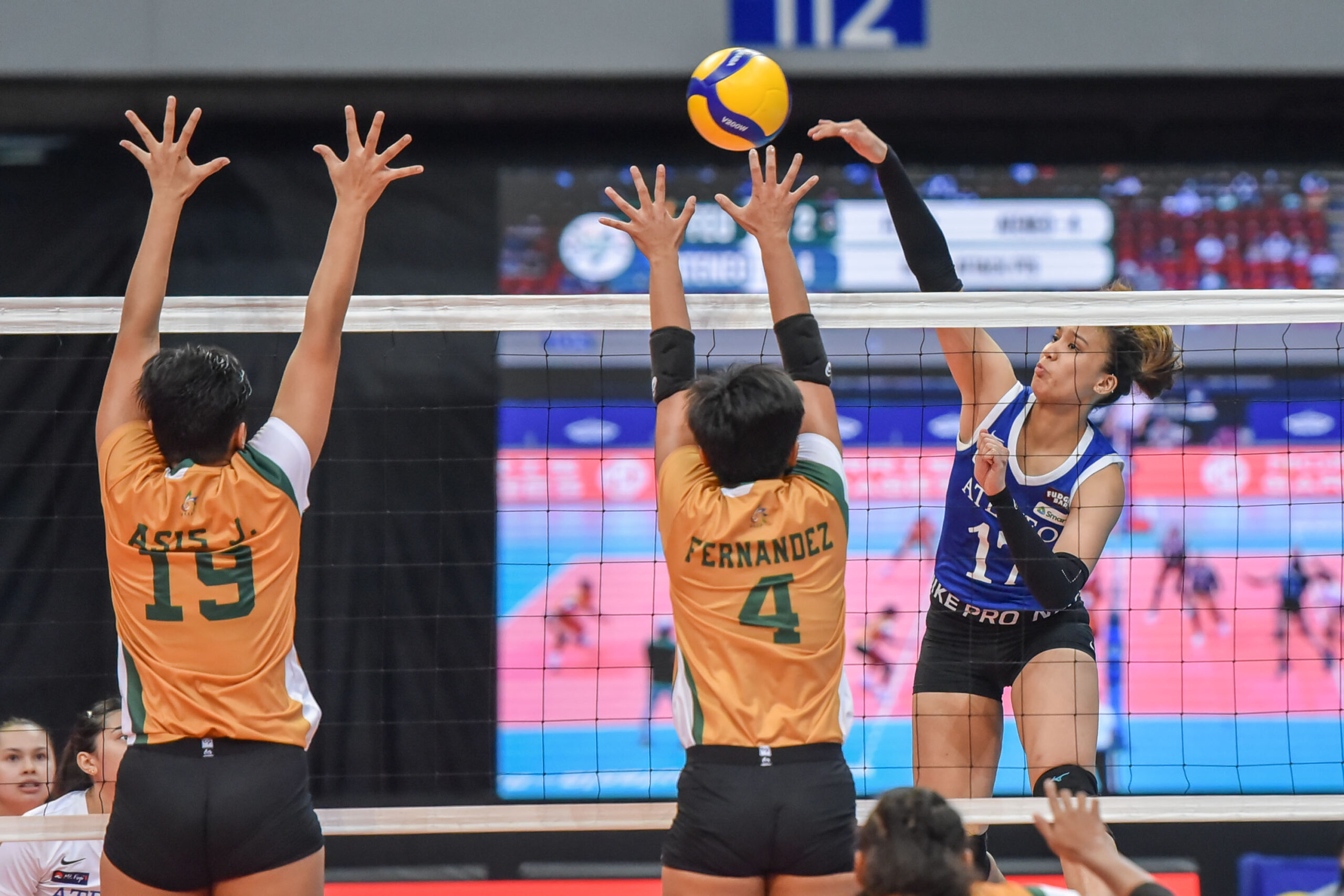 After capping off the first round with a loss, Ateneo de Manila University bounced back, dealing Far Eastern University its fifth consecutive loss, 25-22, 25-13, 25-23 in the second round of the UAAP Season 84 women’s volleyball tournament, Thursday at the SM Mall of Asia Arena in Pasay City.

Faith Nisperos produced a game-high 19 points founded on 15 attacks, three aces, and a block along with nine excellent receptions to lead the Blue Eagles to the fifth spot with an even 4-4 standing.

With the Lady Tamaraws threatening to come back, Ateneo got its much-needed boost after Chen Tagaod committed an attack error which placed the Blue Eagles at match point, 24-22.

Joan Narit’s service attempt hit the net in the next play before Erika Raagas blocked Shiela Kiseo to seal the win.

AC Miner scored nine points while Lyann De Guzman, who only played in two sets in the match, added eight points in the victory. Vanie Gandler had seven points and nine excellent digs for the Blue Eagles.

“So yun na nga, sabi ko sa mga players ko, we really have to have wisdom and strength towards the end kasi sometimes we are waiting like nung mga previous games, we have the chance to close it out but ayun nga, because yung youth din ng mga players ko, in time magiging fluid din naman ang kilos,” he added.

Following a tight opening set win, Ateneo went off in the second set and put up a 12-point cushion before eventually taking a two-sets-to-none advantage over FEU.

Leading the charge for the 1-7 Lady Tamaraws is Kiseo with nine points and 10 excellent receptions. Chen Tagaod added six markers while Kary Truz and Jean Asis chipped in four points each.

Lycha Ebon sat out the contest.

Ateneo will face National University on Saturday at 4:00 PM while FEU will take on De La Salle University at 6:00 PM.