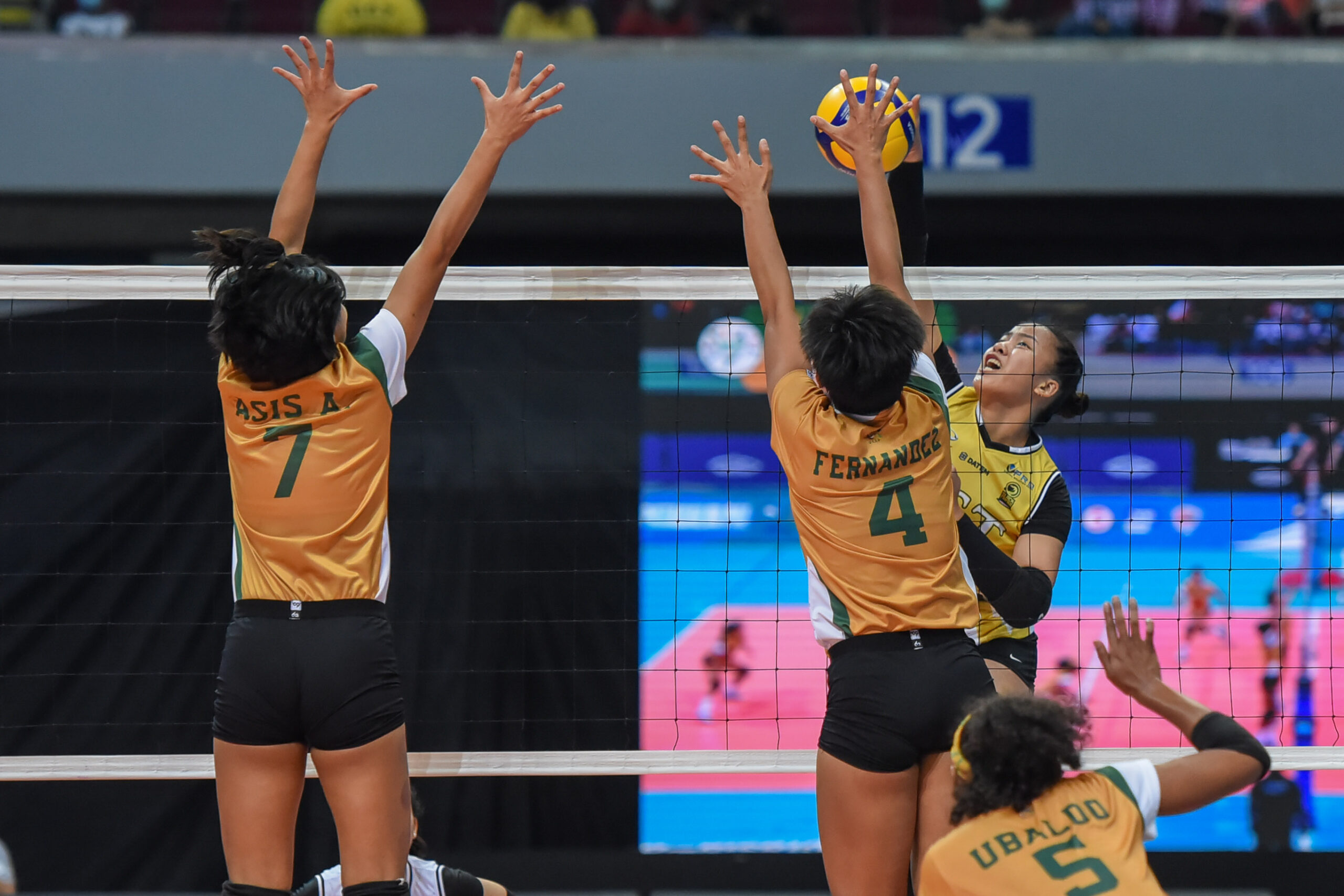 Laure broke out of her slump, dropping 19 points after scoring a season-low eight points in the team’s previous loss against La Salle. She also had 13 excellent digs and 12 excellent receptions to complete a triple-double while Tapia provided 16 points and eight excellent receptions.

Chen Tagaod’s attack error gave UST its biggest lead in the fourth set, at 13, 21-8. The Lady Tamaraws could not recover from there as Janine Balcorta put up the finishing touches.

Camille Victoria added 11 points in the win that put the Golden Tigresses at 8-4 – a win away from securing a Final Four berth. Magi Mangulabnan had 16 excellent sets while Bernadette Pepito recorded 14 excellent digs.

On the other hand, the Lady Tamaraws was paced by team captain Shiela Kiseo with 11 points. Jovelyn Fernandez and Tagaod had 10 each as FEU fell to a 1-11 standing.

UST will face University of the East on Tuesday at 10:00 AM while FEU will go up against the top-ranked National University at 12:30 PM.