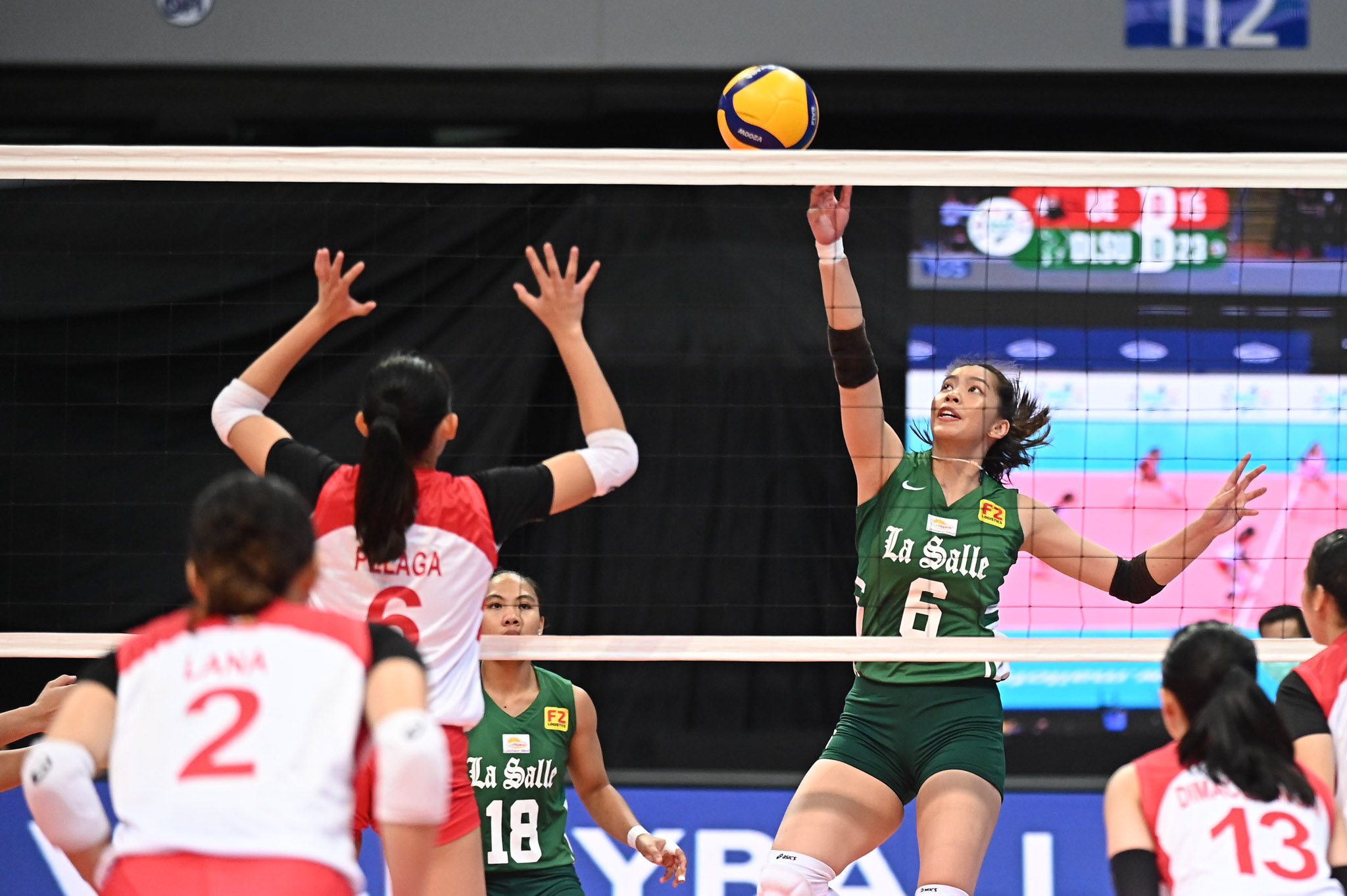 De La Salle University ended its two-game skid in the UAAP Season 84 Women’s Volleyball Tournament after sweeping the winless University of the East 25-15, 25-14, 25-15, Saturday at the SM Mall of Asia Arena in Pasay City.

Malaluan top-scored for La Salle with 14 points off 11 attacks, two aces, and a block along with eight excellent digs. Fifi Sharma and Jolina Dela Cruz backstopped Malaluan with 10 points each in the victory that put the team up at 3-2.

The Lady Spikers built an eight-point advantage, 21-13, off a kill from Alleiah Malaluan to pull away from the Lady Red Warriors. That proved to be it as Ynna Hatulan and Julia Coronel finished it to finally break the team’s two-game losing streak.

It was a dominant outing for La Salle, who was coming off two consecutive losses at the hands of National University and University of Sto Tomas. The Lady Spikers took the first two sets with over 10-point margins before completing the sweep with another clean showing in the third.

#ReadMore  Topex Robinson lets Jaycee Marcelino, Pirates figure things out on their own

La Salle looks to sustain its momentum against University of the Philippines on Tuesday at 10:00 AM while UE will try to halt its losing streak against Ateneo de Manila University at 12:00 PM.