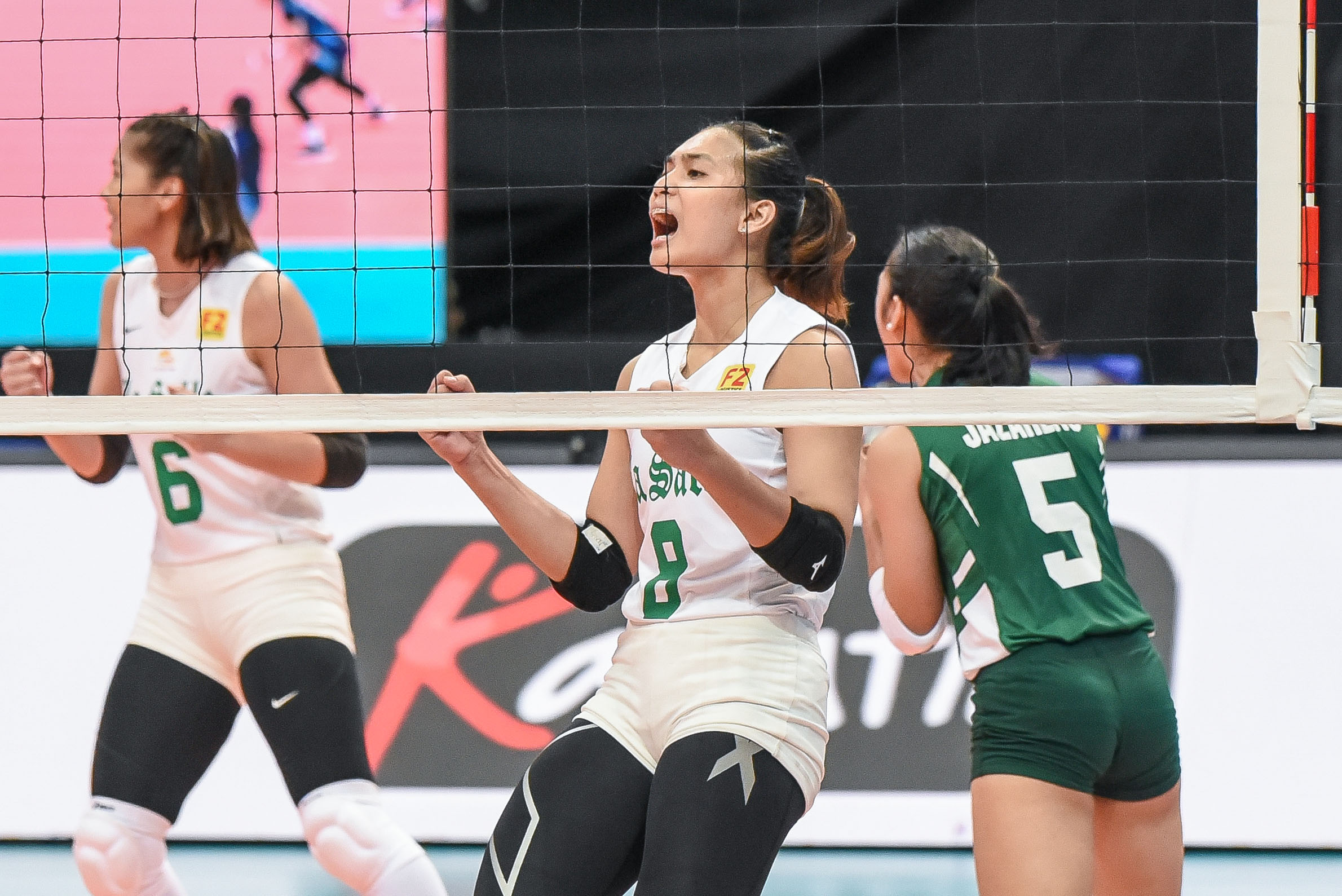 The Lady Spikers pulled away late in the third frame, putting up a 19-13 advantage after the Lady Falcons committed a rotational fault off a timeout.

La Salle extended the lead to as much as 10 points after Aliah Marce’s attack went long. Alleiah Malaluan put the Lady Spikers at match point before Marce committed another attack error which sealed the one-hour and 28-minute win for La Salle.

After bagging the opener, the Lady Spikers went on a 6-1 rally to finish off the Lady Falcons in the second set and take a 2-0 advantage.

Jolina Dela Cruz led the way for La Salle with 12 points — all coming from attacks — along with 11 excellent digs and eight excellent receptions to lead La Salle to a 2-0 standing.

Malaluan also put up 12 markers while the middle duo of Thea Gagate and Fifi Sharma added nine and eight, respectively. It was a huge game for the Lady Spikers above the net, tallying a total of nine blocks in the win.

On the other hand, May Nique and Lucille Almonte, who also had seven excellent digs in the loss, scored 12 points apiece for the Lady Falcons. Marce added five markers to go along with six excellent receptions and five excellent digs as Adamson fell to 0-2.

La Salle looks to make it three in a row against National University at 4:00 PM on Tuesday while Adamson will take on fellow winless squad Ateneo later that day at 6:00 PM.