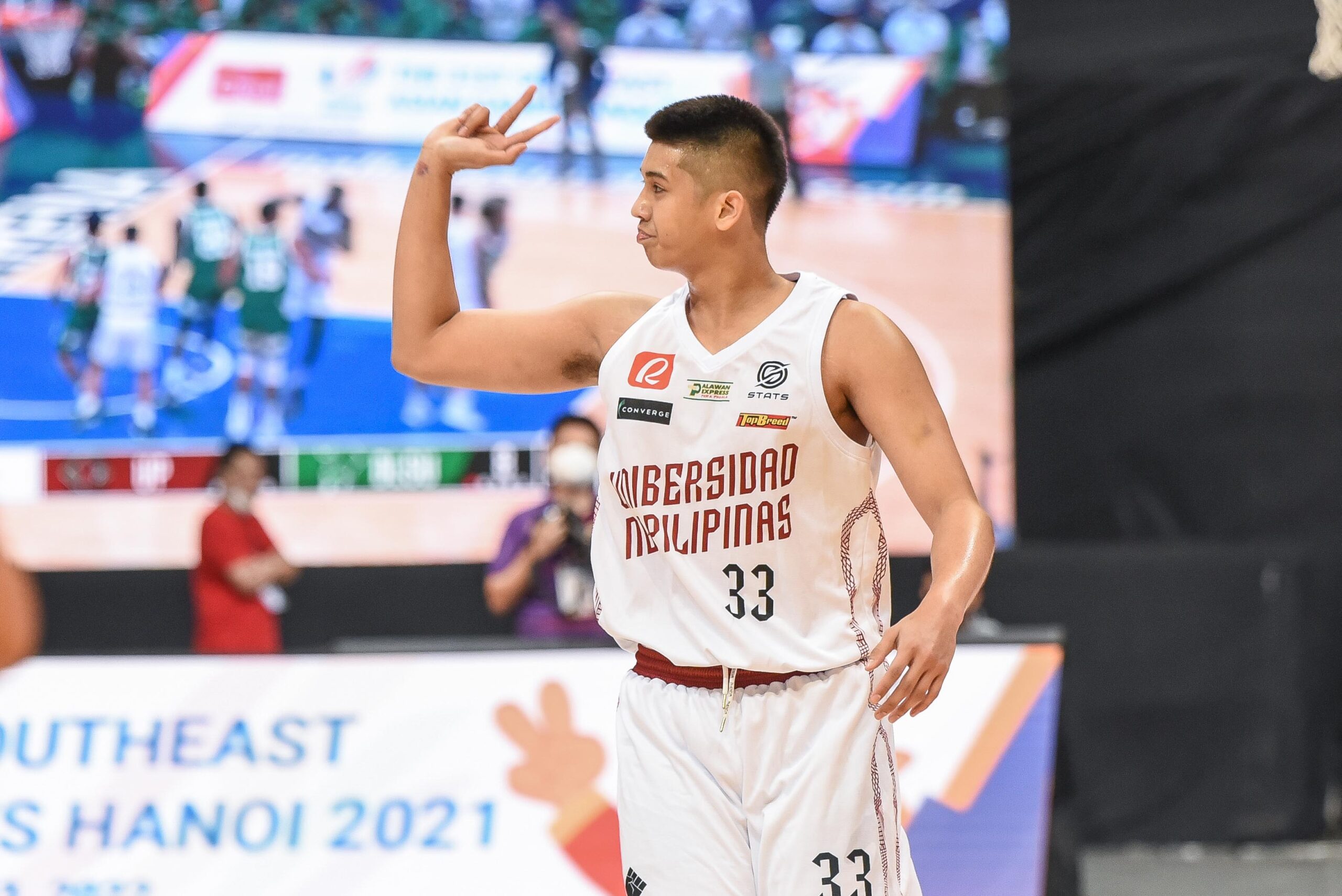 University of the Philippines bounced back into the win column once again after emerging victorious over De La Salle University with a 72-69 win in the UAAP Season 84 Men’s Basketball Tournament, Saturday, at the SM Mall of Asia Arena in Pasay City.

UP’s lead in the game stretched to as much as 16. But La Salle was able to trim it down to single digits through its defensive and rebounding efforts in the third quarter.

The Green Archers continued to pounce on the Fighting Maroons and forced them into empty possessions in the final minutes of the fourth.

With 10.5 seconds left, Michael Phillips made a putback off a missed layup by Schonny Winston, bringing the lead down to two. In the ensuing play, Ricci Rivero was fouled with 8.6 seconds remaining.

Rivero then split his free throws to give his team a 72-69 advantage. 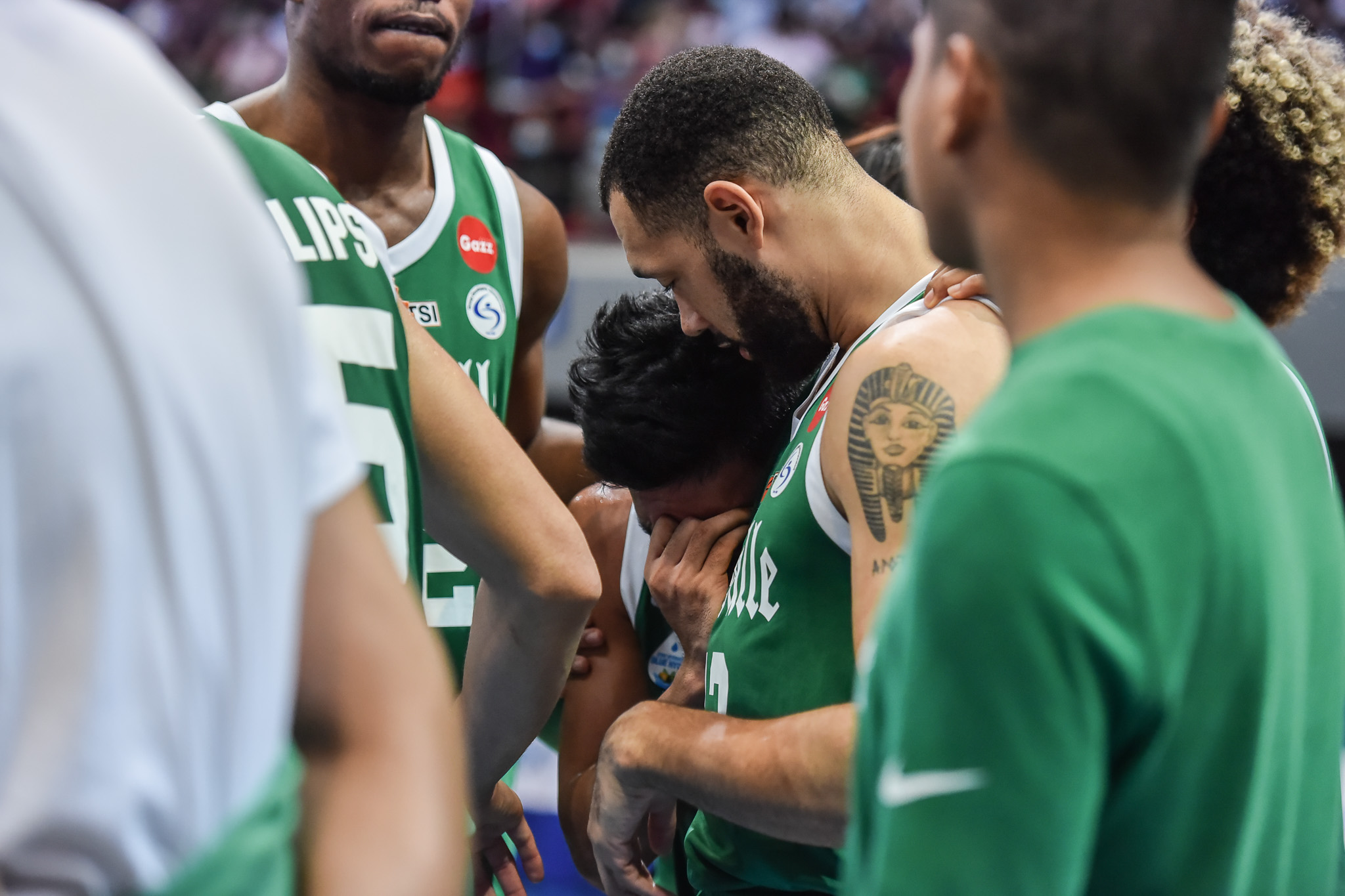 Mark Nonoy had an open look but missed his potential game-tying three-ball in the corner to give UP the narrow win.

“We had very good ball movement from the start. We were sharing the ball, we were hitting the open man,” UP head coach Goldwin Monteverde said. “Yung mga things we were working on nakita namin kanina. For me siguro, we just need to improve pa rin ‘yung mga free throws namin.”

With the win, the Fighting Maroons have now secured a Final Four seat after improving to a 9-2 record. Meanwhile, the Green Archers’ loss dragged them to a 7-4 record and assured Ateneo of a twice-to-beat advantage in the playoffs.

Carl Tamayo notched a new career-high in scoring with 23 points to go with 11 rebounds, an assist, a steal, and a block. Meanwhile, Malick Diouf had a huge double-double performance with 15 points and 18 rebounds. 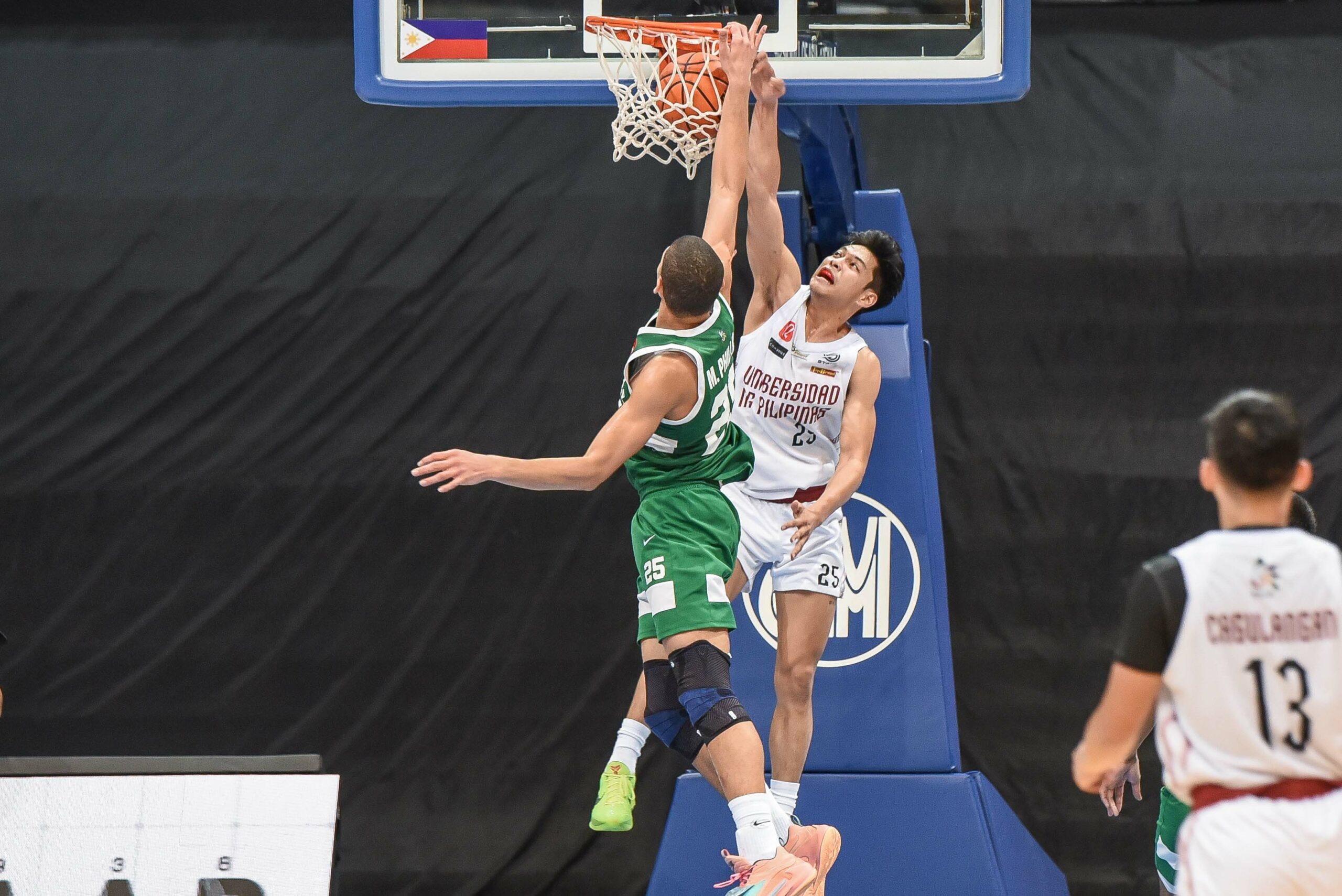 Ricci Rivero added 11 markers and eight boards for the Fighting Maroons as for the third straight game, Zavier Lucero was held down to just single digits, finishing with nine points on 4-of-9 shooting from the field. Rookie Terrence Fortea also got eight points on 3-of-4 shooting.

The starters of the Diliman-based squad carried most of the scoring load in this game after outscoring their counterparts, 53-39. Both squads struggled with their free-throw shooting; DLSU only shot 57.1 percent, while UP settled with 43.8 percent at the charity stripe.

Michael Phillips also made his presence felt with eight points and 14 rebounds of his own.