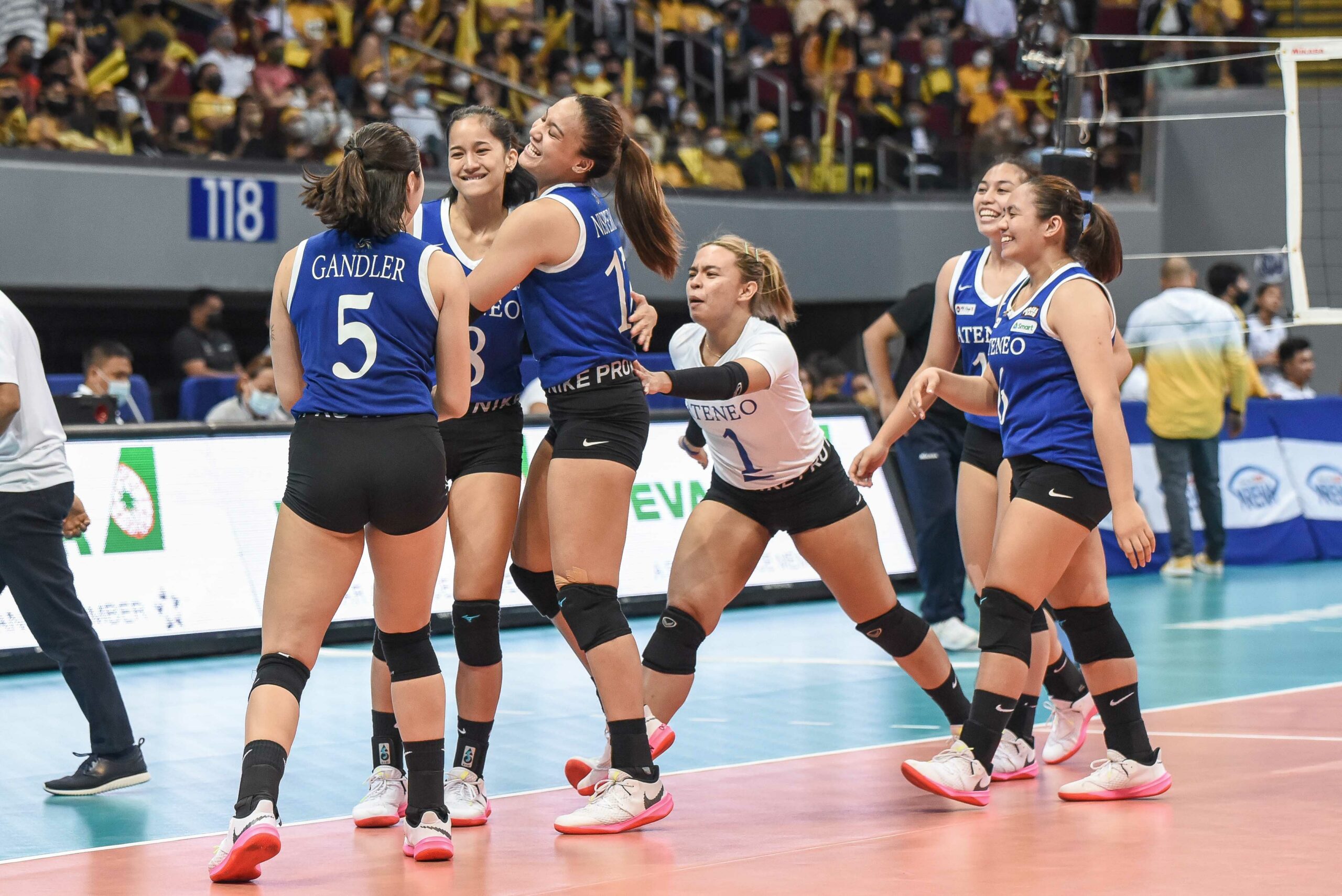 The Blue Eagles will next face their archrival De La Salle University, armed with a twice-to-beat advantage, on Thursday at 6:30 pm.

Faith Nisperos did it all for Ateneo with 23 points on 17 attacks, four service aces, and two blocks on top of eight excellent receptions.

Trailing by a point in the first frame, Blue Eagles AC Miner and Vanie Gandler took a point apiece before off the bench Lyann De Guzman blocked Eya Laure for the early advantage, 25-22.

Ahead by just three in the third set, the Blue Eagles connected on four straight occasions to stretch their lead to seven, 22-15, en route to the 25-20 clincher. 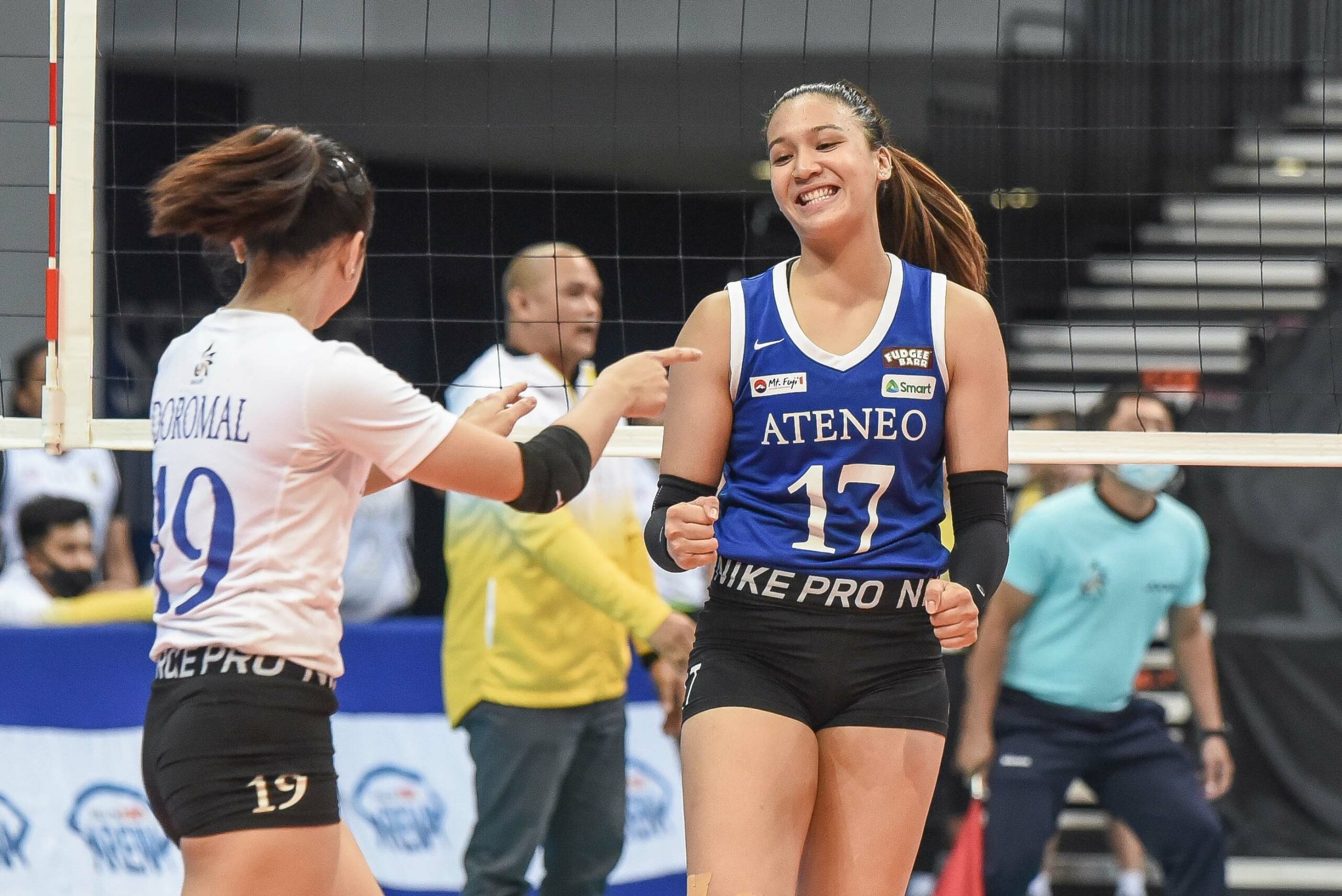 “I just asked Faith to relax (down the stretch) alam niyo naman si Faith ‘yung intensity niya. I really commend this girl kasi nag-adjust siya. I guess and I hope Faith is maturing right in time,” said Almadro on her top gun.

Gandler chipped in 15 points on the victory while Erika Raagas and Miner chimed in nine and seven points, respectively.

Ateneo is now 3-0 in elimination games this season, beating University of the Philippines, Adamson University, and now UST. 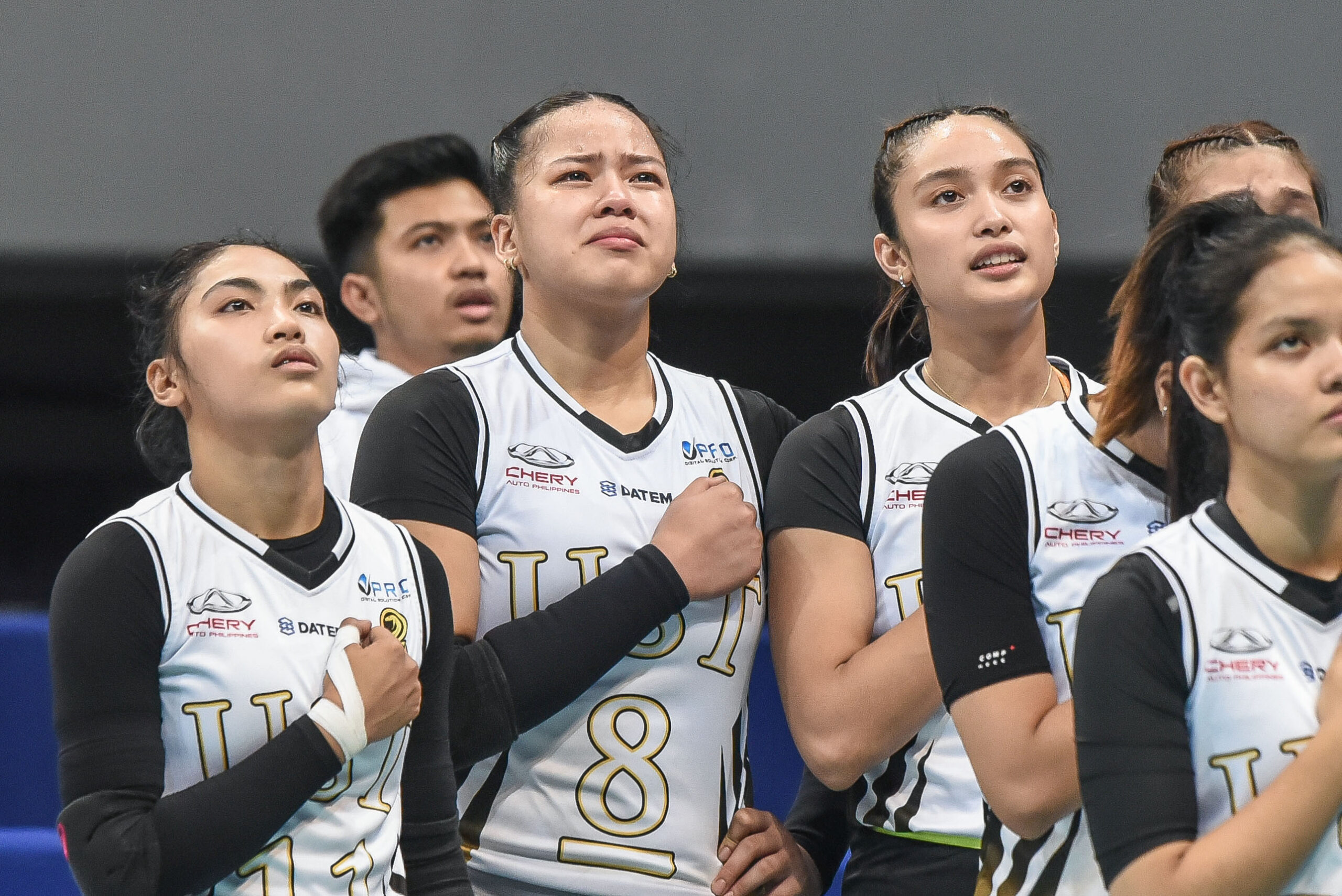 The Golden Tigresses were led by Laure with 15 points to go with her 17 excellent receptions and eight digs.

Imee Hernandez added 11 points while Ysa Jimenez had nine points off the bench.