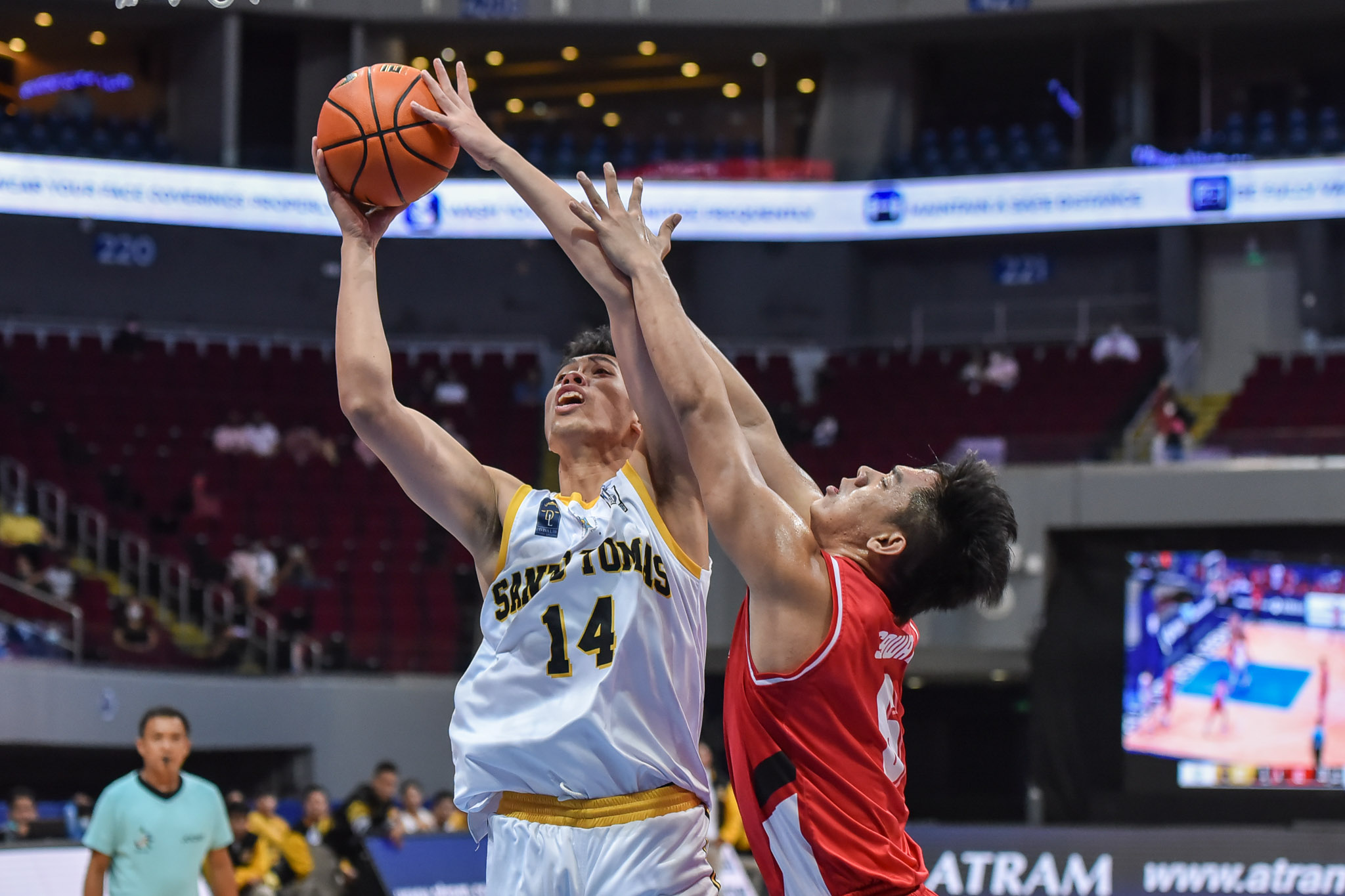 Sherwin Concepcion and Dave Ando combined to make sure University of Santo Tomas clinched the third win of its campaign with a 72-61 victory over University of the East in the second round of the UAAP Season 84 Men’s Basketball Tournament, Tuesday, at the SM Mall of Asia Arena in Pasay City.

Concepcion sank 17 points behind five-out-of-nine three-point shooting. But he scored his last and most important three-pointer to give the Growling Tigers a 72-61 cushion – their highest lead of the ballgame, with 35.3 seconds left in the game.

It was a come-from-behind victory for UST, though. The Growling Tigers were behind as much as 5-15 at the 3:57 mark of the first quarter courtesy of Jeremy Cruz’s and-one play.

UST then turned things around in the third quarter when a 9-1 run ignited by Ando gave the Growling Tigers a 54-51 edge heading into the final period.

UST’s bench mob was key since it produced 36 points to UE’s 13. The Growling Tigers also seized 55 rebounds to the Red Warriors’ 43.

Both schools shall resume their respective campaigns on Tuesday. UST (3-5) goes up against De La Salle University at 12:30 PM; meanwhile, UE (0-8) takes on Ateneo de Manila University at 4:30 PM.

#ReadMore  SOURCES: Bismarck Lina thinking of decommiting from UST, in talks with UP