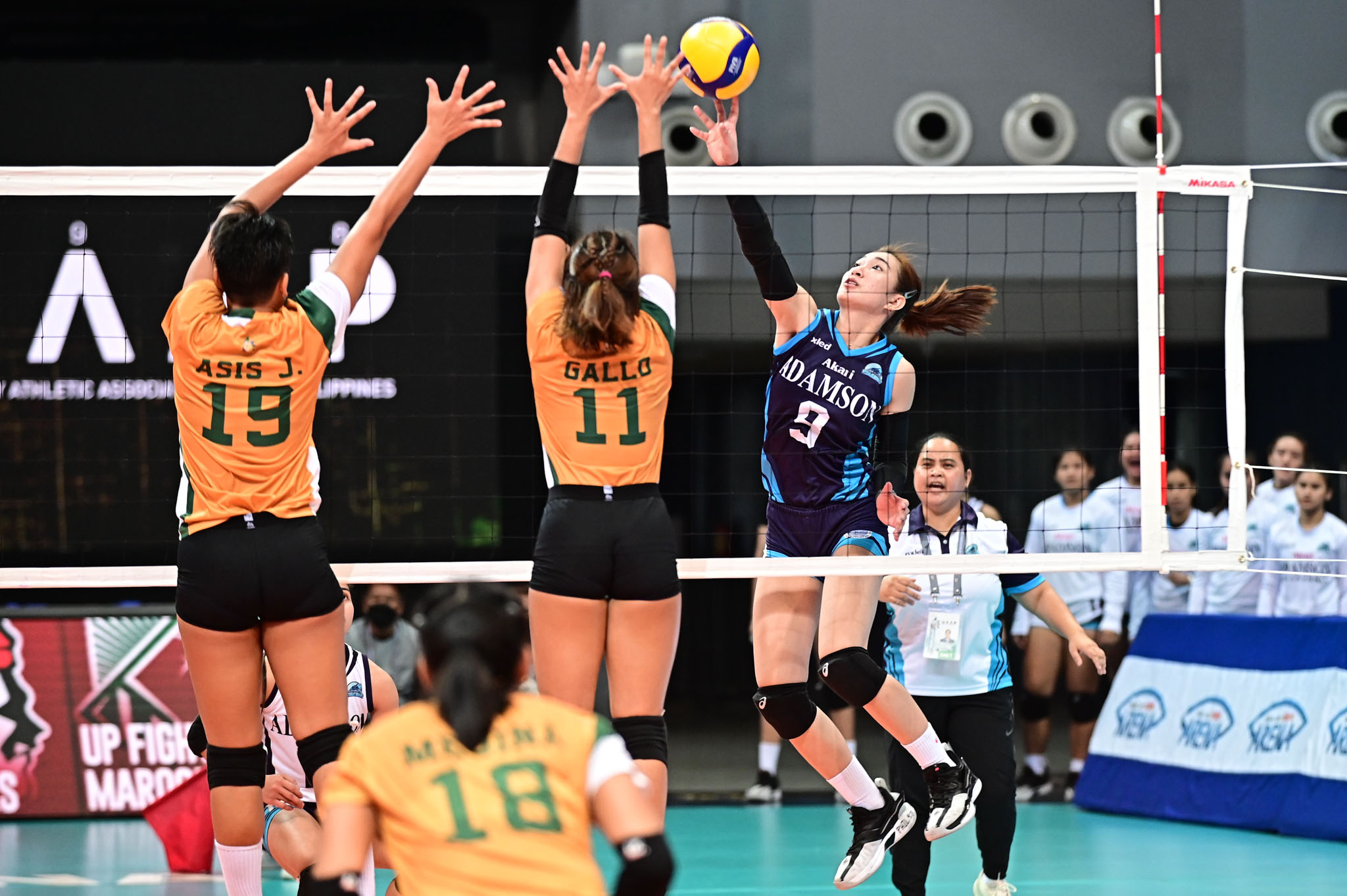 Lucille Almonte led the way for Adamson, who lost its first two games before winning the next three to go up to 3-2, with 17 points to go along with 11 excellent digs while Kate Santiago, who only played in three sets, came up with 14 points.

The Lady Falcons took the life out of the Lady Tamaraws and led by as much as 10 points after converting a block in the middle. Julianne Monares came up with back-to-back hits to slice the lead to just six, 16-22, before Trisha Genesis and Lorene Toring put up the finishing touches.

Trisha Genesis chipped in 11 points and seven excellent receptions while May Ann Nique and Rizza Cruz each had 10 markers. Team skipper and setter playmaker Louie Romero tossed 22 excellent sets along with a point

FEU pulled away late in the opening set to take a 1-0 advantage. Adamson then unleashed a 14-3 — even leading by as much as 15, 24-9 — to equalize the match before taking a 2-1 lead after the third frame.

Nikka Medina paced the Lady Tamaraws, who dropped to 1-4 in the standings, with 13 points and eight excellent digs while Jean Asis and Monares added 10 and nine points. Chen Tagaod – FEU’s top performer in the past games – was held down to just five.

Adamson will take on University of Santo Tomas on Tuesday at 4:00 PM. Meanwhile, FEU will face National University at 6:00 PM.

From six minutes to three minutes. From 25 participants to just 15. No drummers. Those were the rules which raised some eyebrows during the...