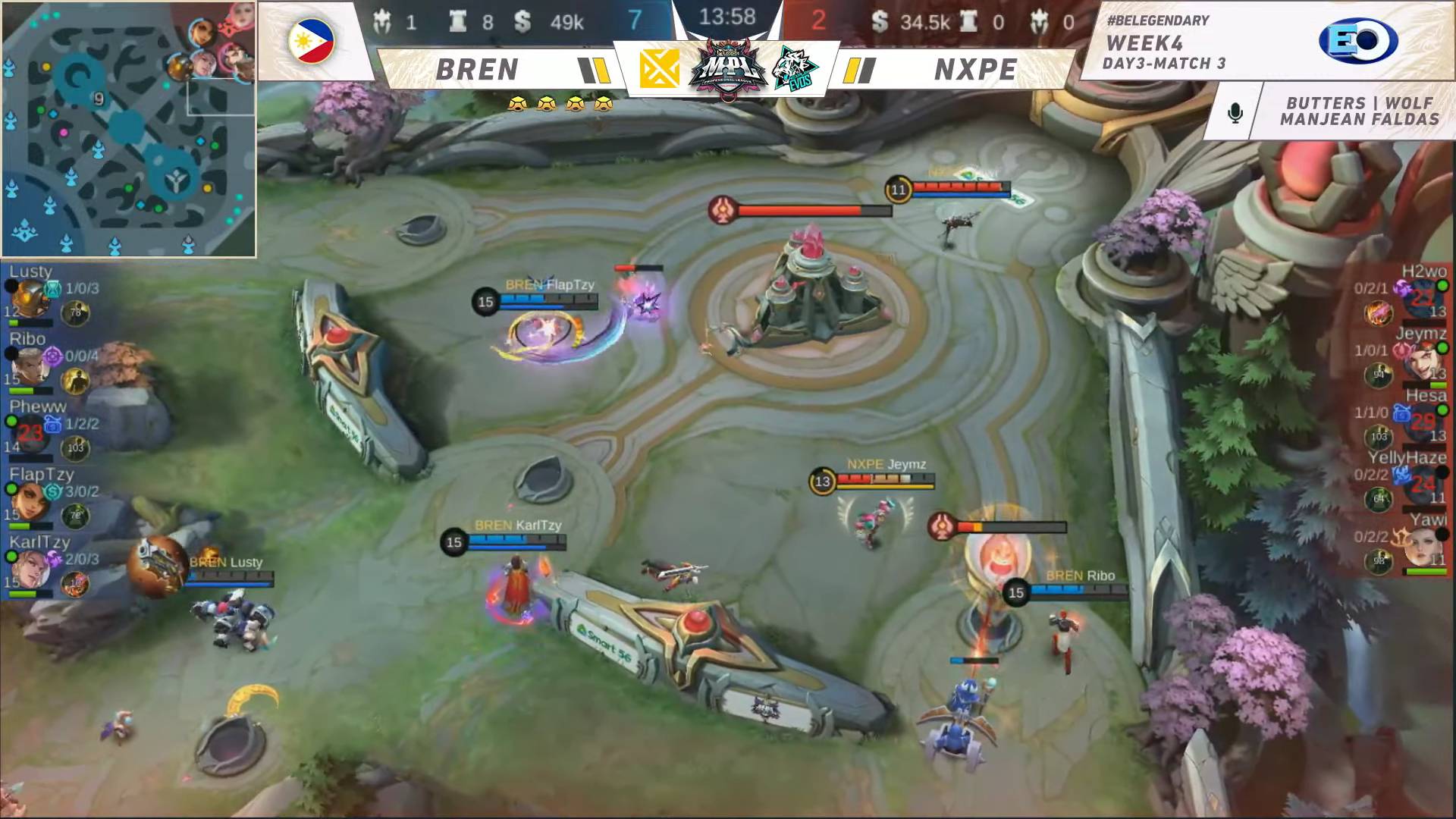 The reigning world champions went up a spot, taking the seventh place from TNC after upgrading its standing to 2-6 with seven points. Meanwhile, Nexplay EVOS (3-4) took the solo fifth spot with 10 points.

Karl “KarlTzy” Nepomuceno (Lancelot) and David “FlapTzy” Canon (Esmeralda) joined hands in the Game Three win. They put up identical KDAs of 3-0-3 in the 8-2, 14:08-minute match in Game Three. 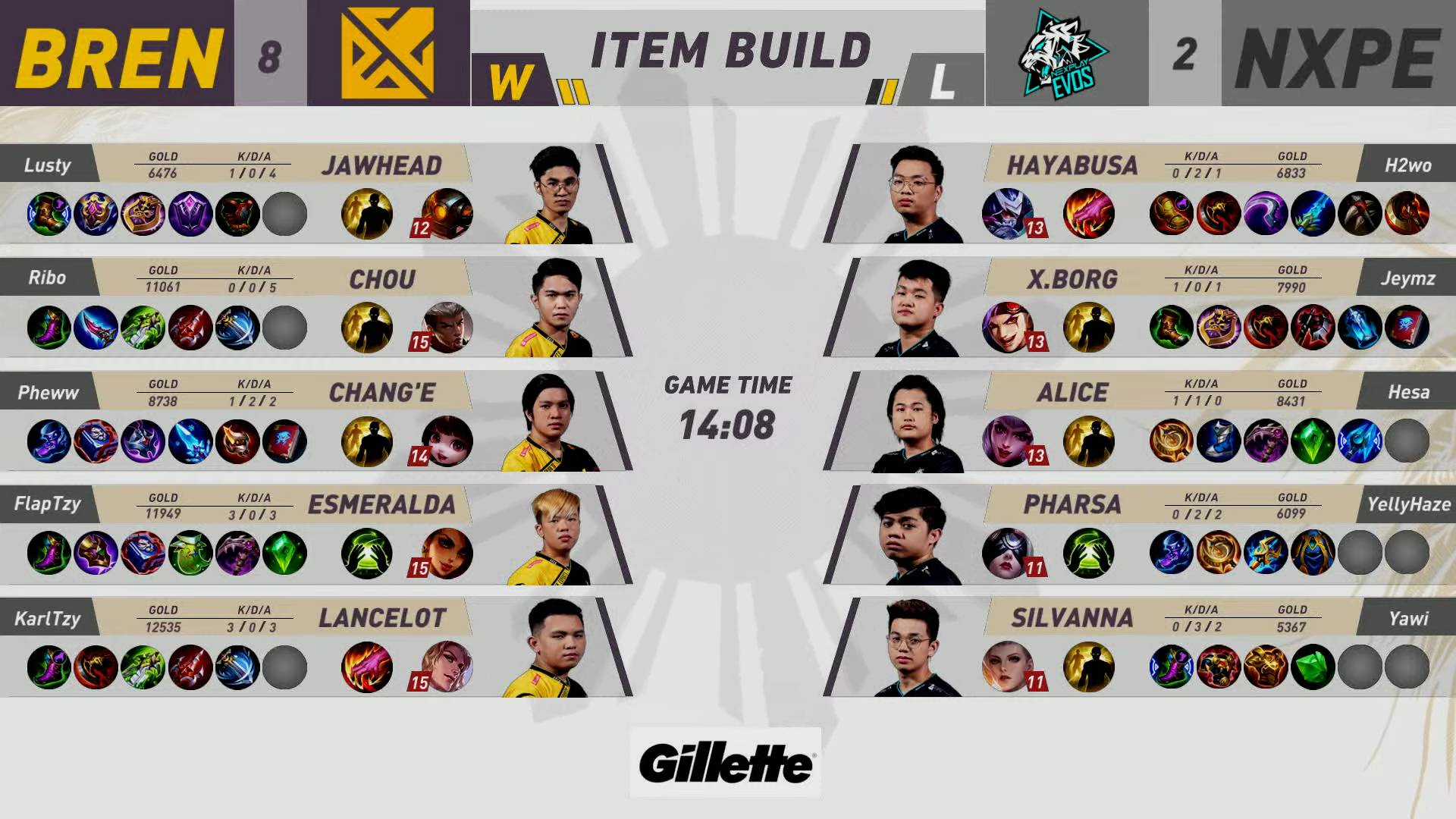 KarlTzy was a man on a mission in Game One, unleashing hell on Nexplay EVOS through his Paquito – giving Bren Esports the 1-0 advantage in the series.

The M2 World Championship MVP finished with five kills and 10 assists against one death in the 15-4 Game One win which ran for 17 minutes and 53 seconds. 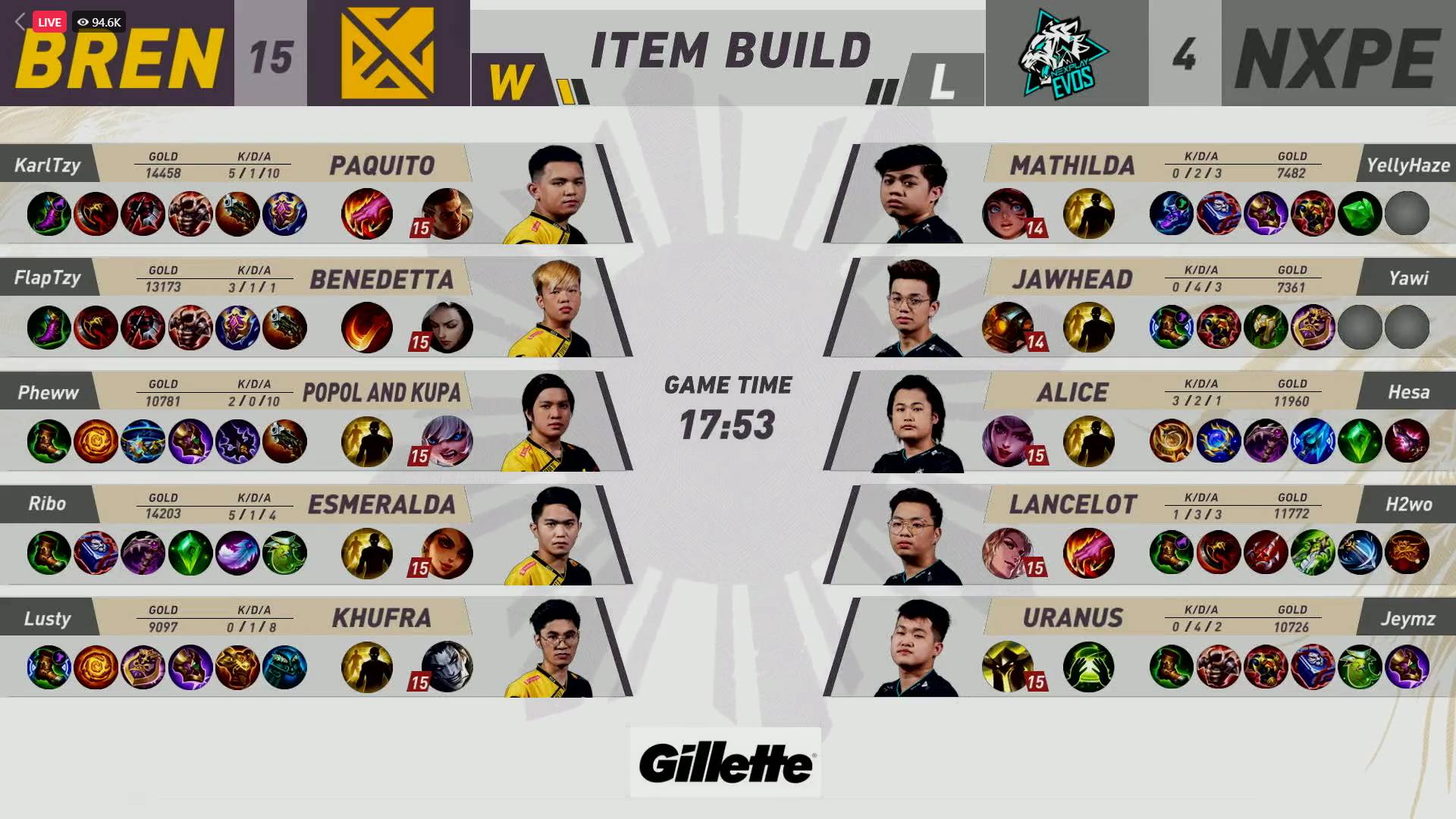 Nexplay EVOS showed signs of life in the match, taking down KarlTzy and FlapTzy’s Benedetta late. It was not enough, though, as Bren Esports went for the jugular after securing a Luminous Lord.

In Game Two, Nexplay EVOS flat out dominated Bren Esports on the back of James “Jeymz” Gloria’s Esmeralda. He finished with a perfect 5-0-5 stat line en route to the SMART 5G MVP in the lopsided 16-6 win in 18 minutes and 19 seconds. 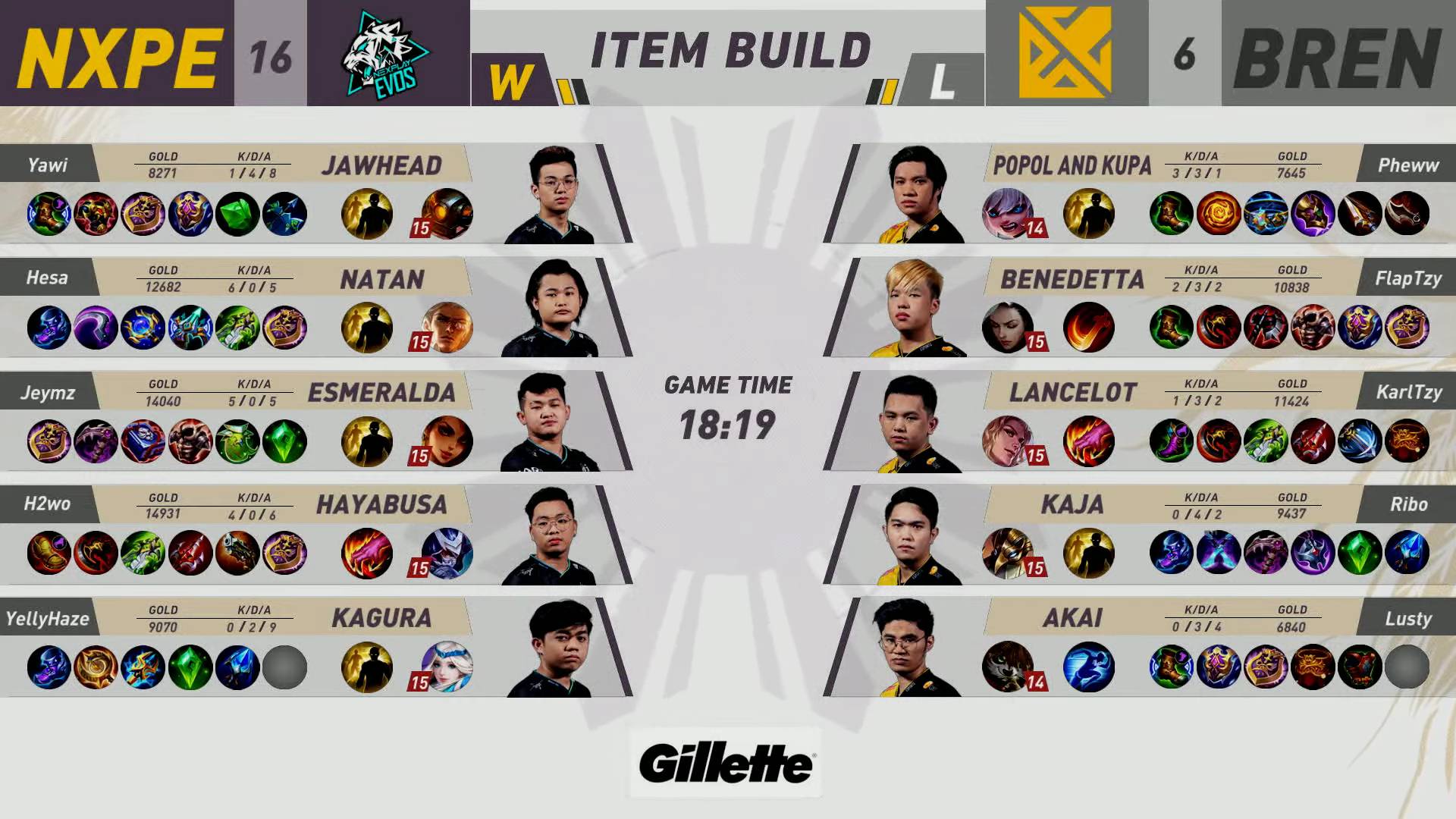 Bren Esports looks to carry the momentum against the same squad on Friday at 8:00 PM.