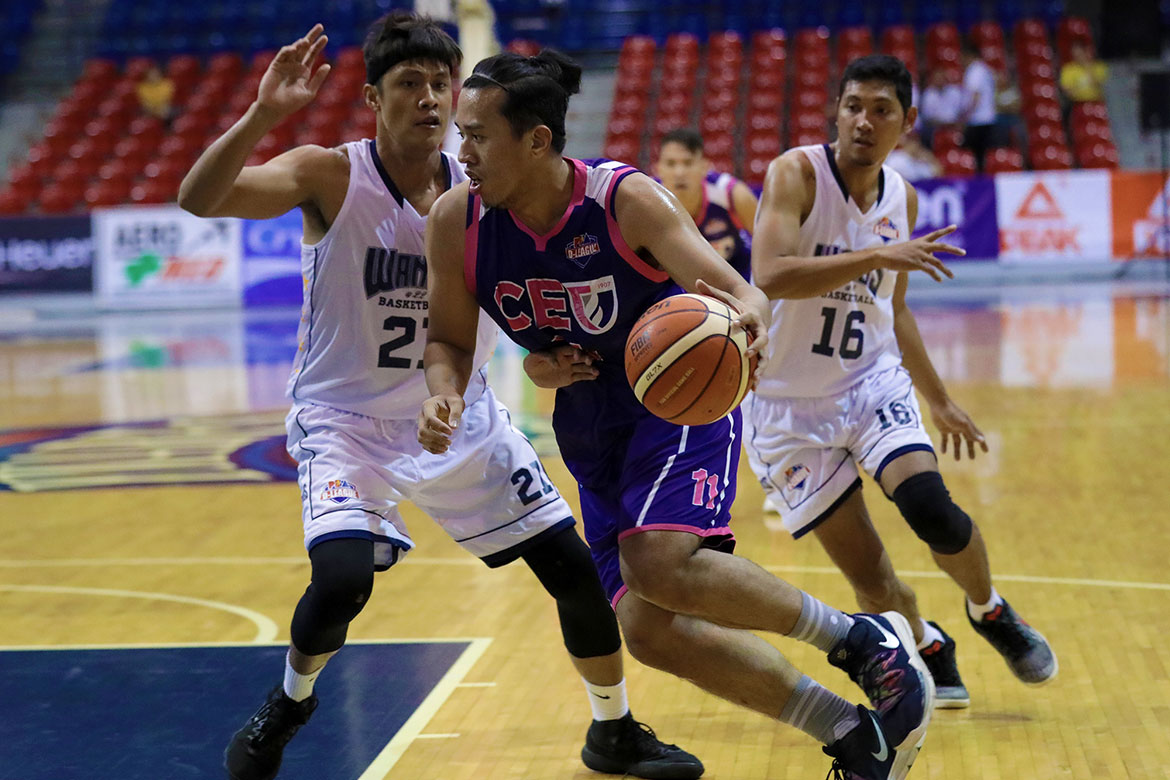 The Centro Escolar University Scorpions moved a win away from securing the top seed in the Foundation Group of the 2019 PBA D-League with a 44-point decimation of Wangs Basketball, 116-72, Tuesday at Ynares Sports Arena in Pasig.

Tyron Chan ignited the massacre, dropping 23 of his 32 points in the first half. He also scattered 10 rebounds, five assists, and four steals as the Scorpions went on a 38-17 start.

Judel Fuentes had himself 16 points and five rebounds, as three other CEU players got to double-digits.

“We got derailed sa NU and we didn’t take care of things in the second half,” said coach Derrick Pumaren, as the Scorpions rebounded from a 74-67 defeat to SMDC-NU last April 25 to strengthen their grip of the top spot at 7-1.

“Ngayon, we made sure to take care of things,” the decorated mentor added.

CEU were dominant through and through, taking a lead as high as 47 late. They also controlled the boards, 66-43, and scored 24 points off Wangs’ 18 turnovers.

The Couriers exited the contest with their fifth straight loss to end up at 3-6.