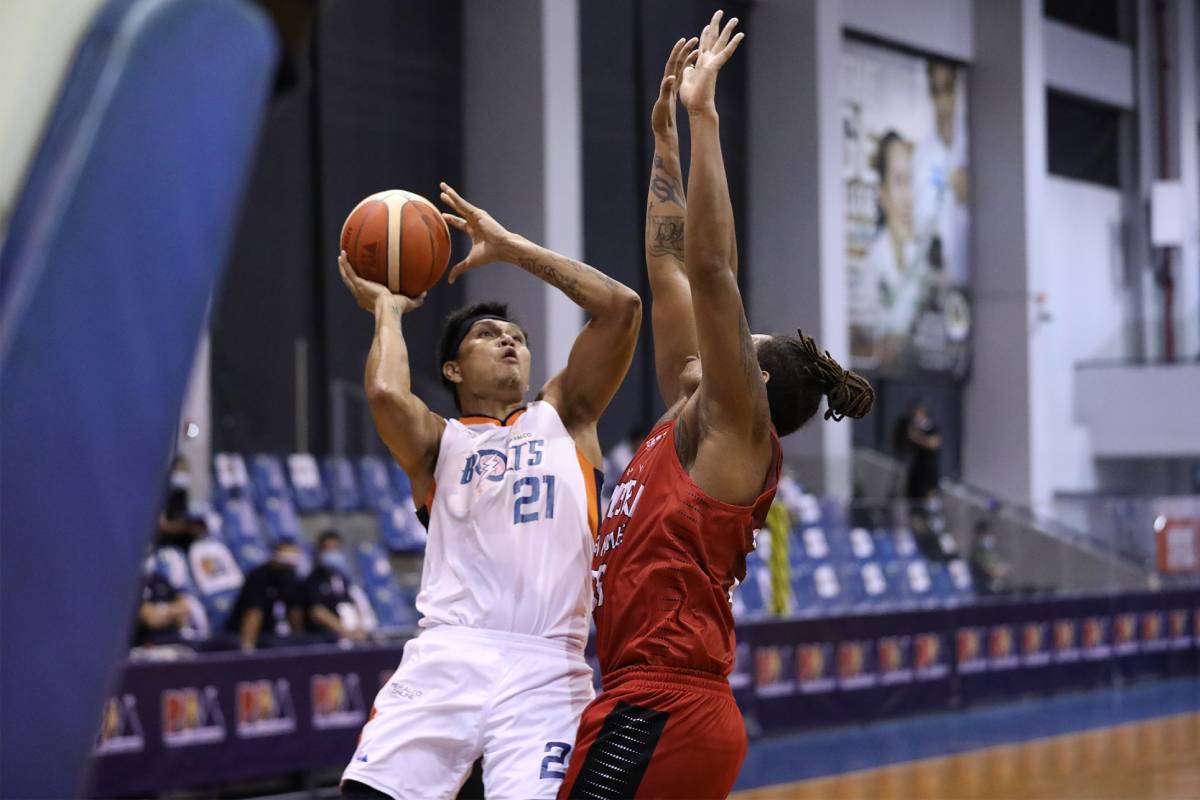 Unlike some bubbles already held in the country, the Philippine Basketball Association does not use manufactured audience audio for its games.

The arena music played in venues like SM Mall of Asia Arena and SMART Araneta Coliseum has remained in the AUF Sports & Cultural Center, but during dead ball situations, the venue would turn silent.

There are pros and cons to this.

One of the positives — which is also a detriment — is that the voices of players reaches the TV audience; no need to be mic’d up.

And in Game Three of the PBA semifinals pitting Ginebra and Meralco, Reynel Hugnatan’s qualms against the referees became public consumption.

With 10 minutes and 11 seconds left in the game, and Meralco down 66-56, the 42-year-old was called for a loose ball foul against Japeth Aguilar. Hugnatan was visibly frustrated as he felt that there should have been a three-second violation on Aguilar, but a foul was called.

In the next possession, Aguilar was finally handed a three-second violation.

But when referee no. 26 went to the scorer’s table to clarify something, someone from the Meralco bench was overheard saying, “Ref, lutong-luto ‘to ah!”

Hugnatan would be slapped for a technical foul for continuous complaining.

Though someone will probably be slapped with a fine for “comments detrimental to the league,” a meme was also born.