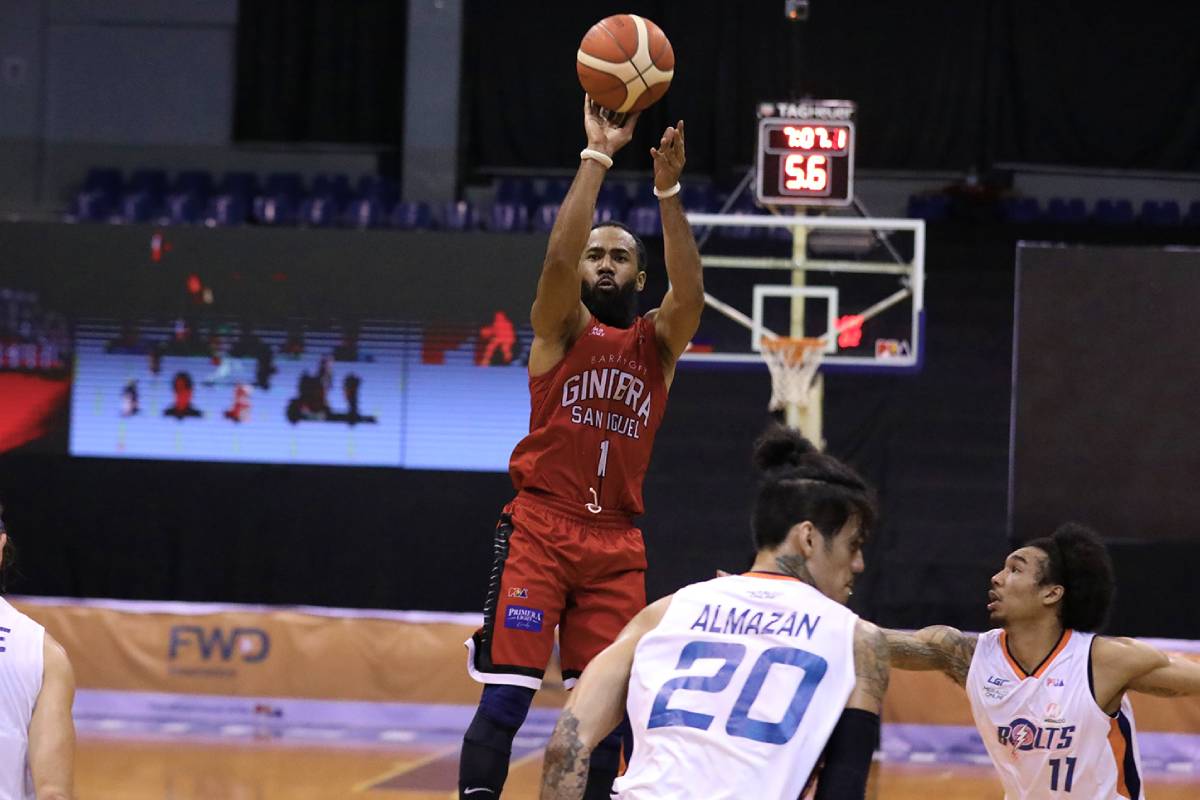 SMART CLARK GIGA CITY – Barangay Ginebra got back at Meralco, 91-84, to seize the pivotal 2-1 lead in their 2020 PBA Philippine Cup semifinal series, Sunday night at the SMART 5G-powered AUF Sports and Cultural Center.

The Gin Kings vented their frustrations from Game Two’s loss right from the get-go with a 22-5 start to take control of the match, and then kept the Bolts at bay as they moved closer to the Finals.

“Tonight, I thought we came out with a lot more purpose,” said head coach Tim Cone post-game. “It takes a lot of effort to win a basketball game.”

Stanley Pringle captained the Barangay as he finished with 24 points on a 50-percent clip from the field, along with nine rebounds and six assists to rebound from that measly nine-point outing last game.

“He was really tired down the stretch, but he knows he’s our finisher. Like I said, we’ll run our offense all the way through him, until the last three or four minutes,” said Cone as Pringle scored nine of his points in the fourth quarter.

Prince Caperal made his presence felt as well with 15 points and six rebounds. LA Tenorio and Japeth Aguilar each produced 12 markers, with the latter adding 13 rebounds and four blocks to his name.

Joe Devance played extended minutes this time, logging 31 minutes and 19 seconds that saw him collect 10 points, five rebounds, two assists, and a steal. He was only seeing action for 12 minutes a game prior to Sunday.

“Stanley was the star of the game, but Joe is the most important guy in the game. We wanted to come out, and establish some size. We wanted to get a veteran out there who understood our defense a little bit better,” Cone said.

Devance was part of the first five along with Pringle, Aguilar, the do-it-all Scottie Thompson, and rookie Arvin Tolentino that gave Ginebra a strong start, which eventually allowed them to post a 32-17 lead early in the second.

But even if they went down by 25, the Bolts didn’t just concede. They fought as much as they could and managed to knock within striking distance a few times. An Allein Maliksi trey got them to within eight, 84-76, with 2:08 to play.

However, Tenorio was able to pick the pocket of Chris Newsome a few moments later, leading to an easy lay-up of his that pushed the Gin Kings’ lead back to 10 with 1:41 left in the game that dejected the opposition.

Ginebra now has the chance to close it out in Game Four on Wednesday and return to the All-Filipino Finals after three years, but Cone, an owner of 22 championships, knows it won’t be easy.

“It’s parang, for us, we have a cushion–may kusyon, you know–and we can, parang, we can be a little bit kampante. And that’s what we have to fight as coaches: to make sure that our guys don’t fall into that trap,” he warned.

“But it’s human nature. Trap. And it’s very, very difficult not to fall into it. That’s why closeout games are always so hard. The other group is always so desperate and it’s hard to meet their intensity,” he added.

Allein Maliksi made 23 points –spiked by six three-pointers — to lead Meralco, who’s now on the verge of losing another playoff series to Ginebra, that team that has beaten them thrice in the last four Governors’ Cup Finals.